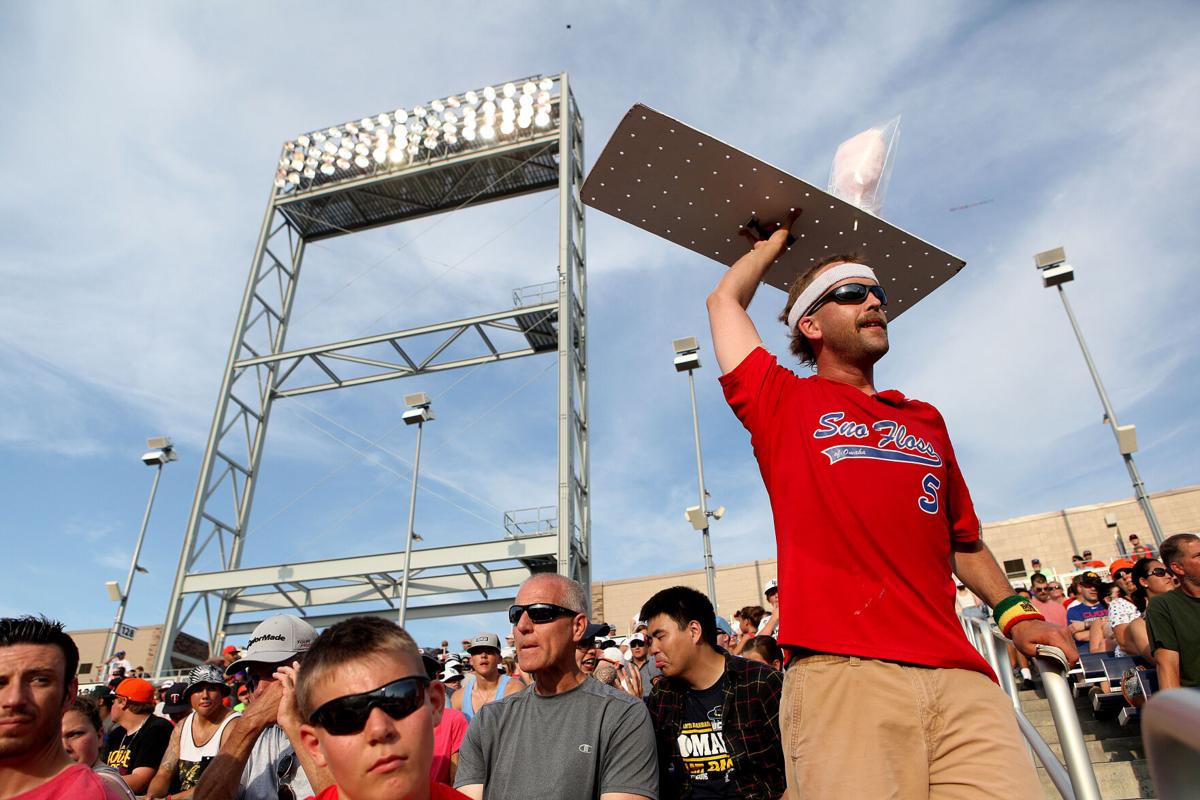 Adam Backora sells cotton candy at the College World Series in 2016. He started working in the family vending business when he was about 12. 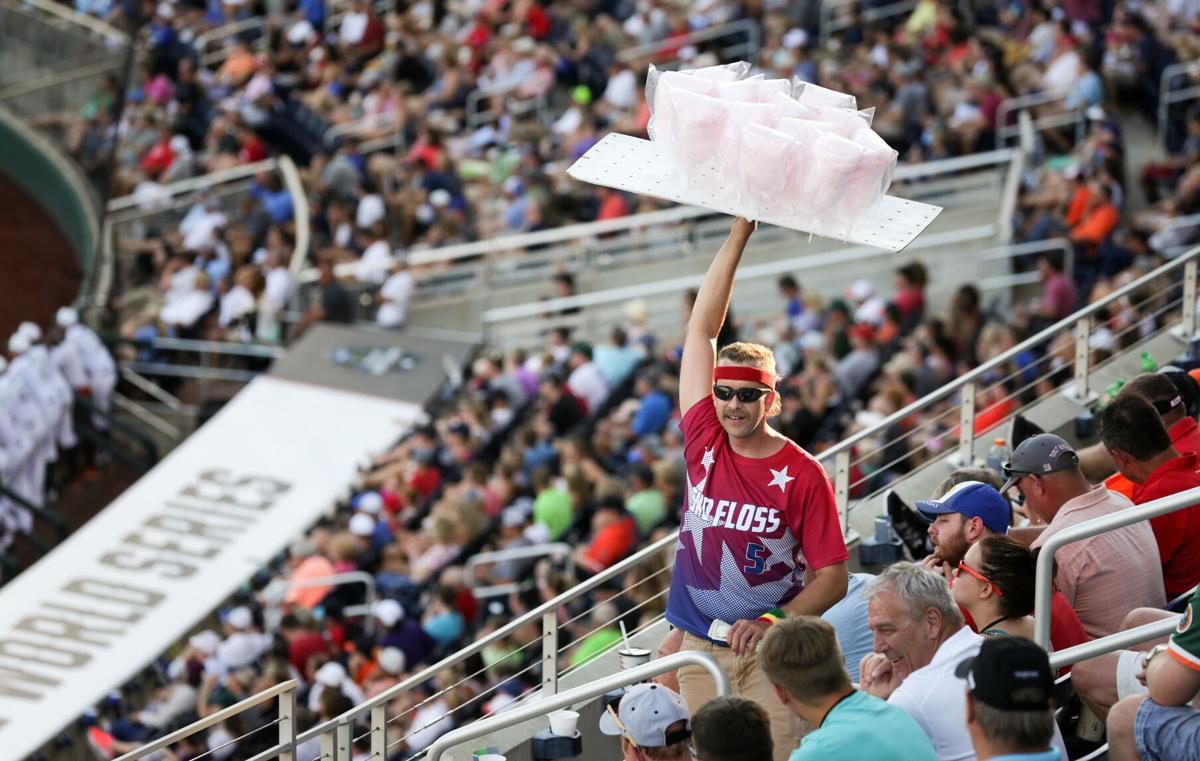 Adam Backora sells cotton candy during the College World Series in 2016. His last event will be a Union Omaha game on Oct. 23. 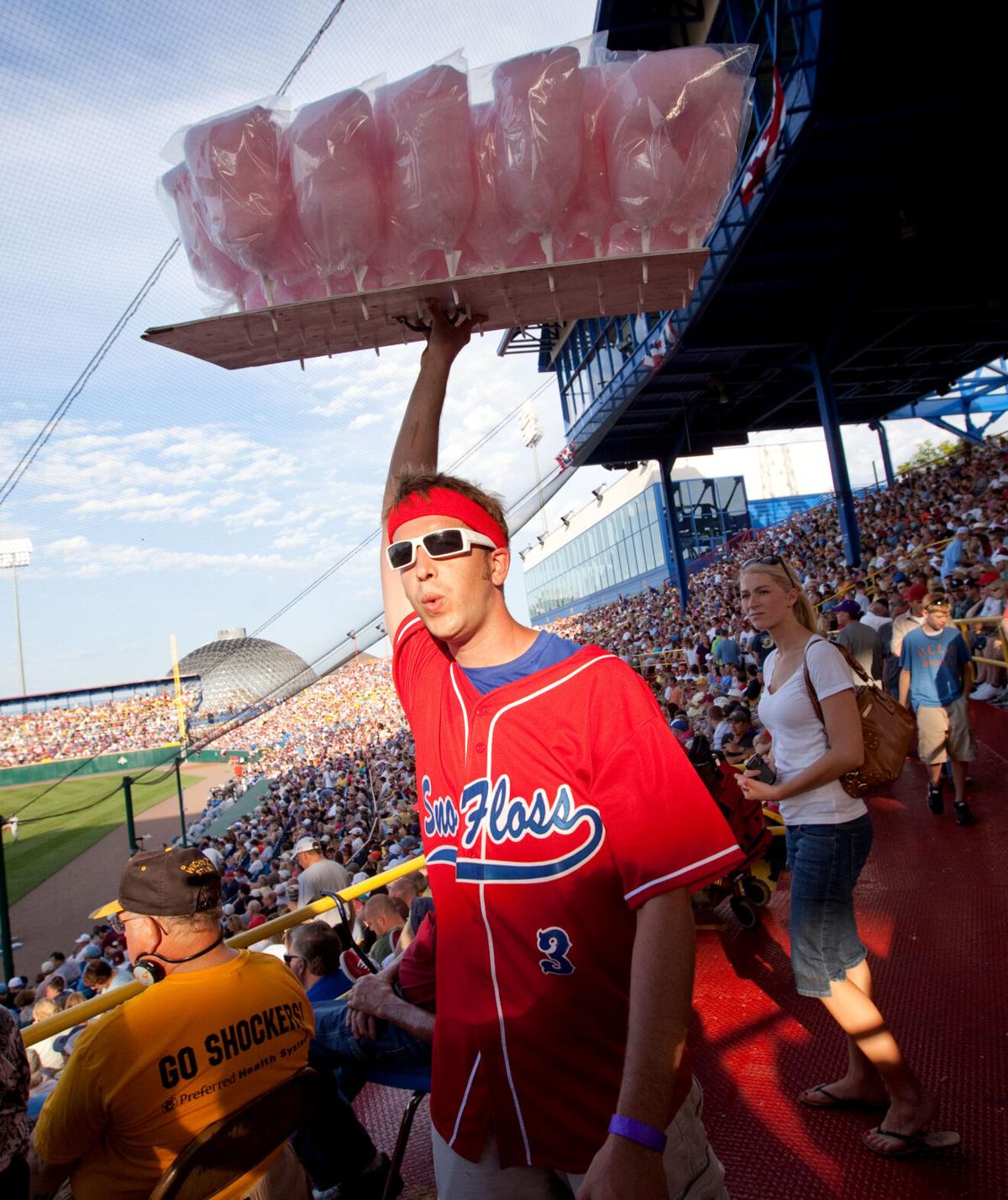 Adam Backora of Omaha sells cotton candy as the Florida Gators take on UCLA in the College World Series at Rosenblatt Stadium in 2010. 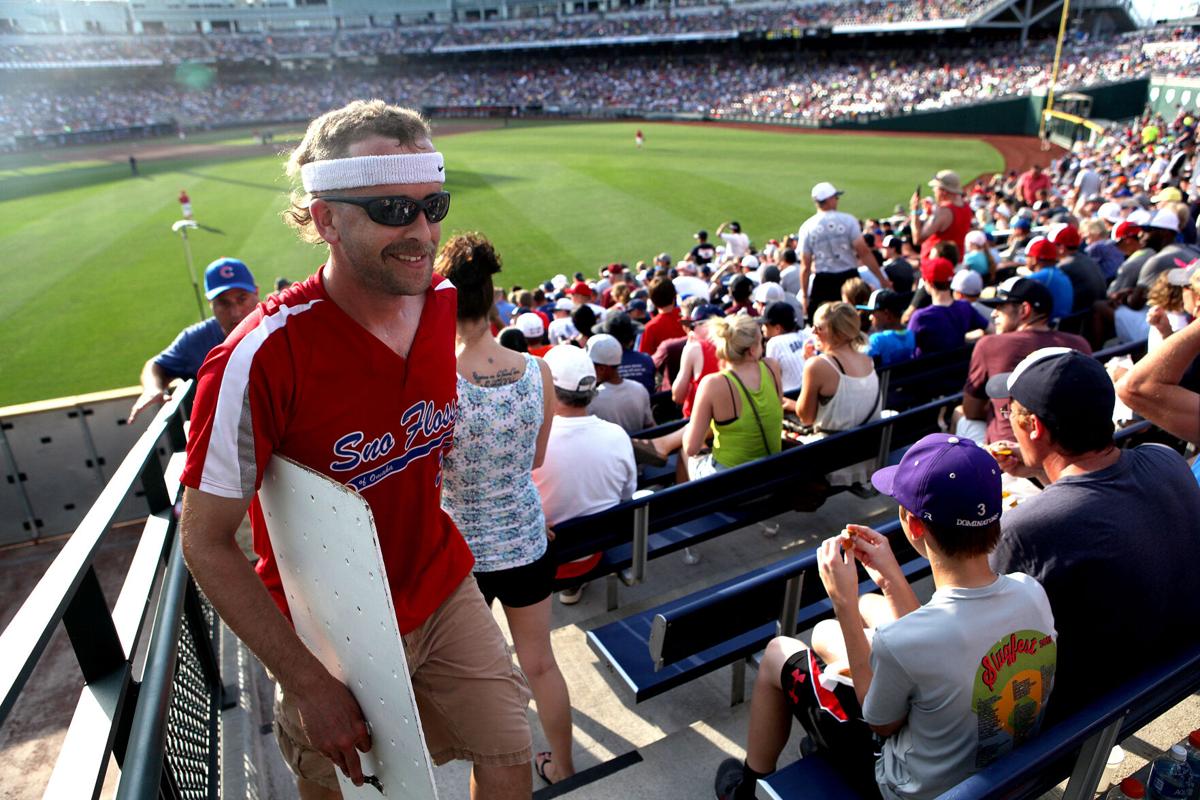 Adam Backora makes his way up the stands while selling cotton candy at the 2016 College World Series.

After being a staple in the stands at the College World Series and elsewhere for more than two decades, Omaha’s “Candyman” is leaving the job.

Adam Backora has been slinging cotton candy and snow cones for his family’s business, SnoFloss of Omaha, at area sporting events for the last 26 years. He’s now leaving the vending business to start a new journey in Colorado Springs, Colorado.

Backora worked his last Storm Chasers game Sunday. His last event will be a Union Omaha game on Oct. 23.

Backora represents the third generation of SnoFloss. His grandparents started the business in 1959. They passed it on to his mother, aunt and uncle, and then to Backora.

‘Candyman’ might be the fittest guy at the CWS

In addition to the CWS, the family has regularly worked at area event centers, including Werner Park, the Ralston Arena and Council Bluffs’ Mid-America Center.

Backora’s mother retired earlier this year, so the business has been shared by Backora, his uncle and his aunt.

Backora started in the family business around age 12. By 16, he was working most of the events.

After growing up in a family of vendors, Backora said, it just felt normal to take to the business.

“Me and my sisters started there real young,” he said. “It was just kind of like, ‘Oh, yeah, this is what we do.’”

Back in the day, July 25, 2012: Rosenblatt Stadium demolition begins

Backora said his favorite part of the job has been getting to work so closely with his relatives.

“Now as I’ve gotten older, I really have come to appreciate it,” he said. “I feel blessed every time that I work with my family because not too many people get to know their aunt and uncle the way I’ve gotten to know them, as a family member and as a business partner, and same with my mom.”

He’s also thankful for the sports fans with whom he was able to interact with at the games.

“You’ve got to be quick-witted and be able to joke with people on the job … and smile,” he said. “No one wants to see a grumpy cotton candy person.”

How hungry and thirsty were the crowds at this year's College World Series?

He’s received some recognition from fans over the years. One year, a girl even dressed up as him for Halloween, complete with a SnoFloss jersey and a tray full of cotton candy.

Another memorable moment for Backora was when he caught a foul ball at the 2010 CWS.

“I hadn’t ever caught a baseball before, even as a fan,” he said. “That’s definitely a top five memory for me.”

How Sweet! Family sticks with a Cotton candy business for more than 50 years

It was when COVID-19 hit, and all the events started to be canceled, that Backora and his wife started thinking about moving. The couple have always wanted to move out of state, Backora said, and figured that this was the right time.

“Colorado just really checked all the boxes for us,” he said.

He, on the other hand, intends to try something new. Backora will be working at a chocolate and pastry shop in downtown Colorado Springs.

“It’s a small, locally owned business, and I think they took a liking to me because I know what it’s like to own your own business and put in that time and effort, and how rewarding it can be,” he said.

What can parents learn from the CWS' Vanderbilt Whistler? As it turns out, maybe a lot

While he’s excited for his next adventure, he’s going to miss being a vendor, he said.

“What I’m gonna miss most is on a slow beautiful night, spending time with either my sister or my cousin or my aunt and my uncle and my mom, just talking about life and catching up,” he said.

Just as he did during the CWS earlier this year, Backora said he’s trying to soak up these last few games as the “cotton-candy man.”

“I kind of want it to slow down just a little so I can appreciate the sport,” he said. “It’s amazing how fast time flies.”

The Omaha Storm Chasers ended the season with a victory over Iowa on Sunday afternoon, giving Brian Poldberg a win in his final game as manager.

Adam Backora sells cotton candy at the College World Series in 2016. He started working in the family vending business when he was about 12.

Adam Backora sells cotton candy during the College World Series in 2016. His last event will be a Union Omaha game on Oct. 23.

Adam Backora of Omaha sells cotton candy as the Florida Gators take on UCLA in the College World Series at Rosenblatt Stadium in 2010.

Adam Backora makes his way up the stands while selling cotton candy at the 2016 College World Series.