Boys and girls of all ages, skills and backgrounds carry big basketball dreams as they traipse through the doors of the worn brick building on North 45th Street.

What they find inside blows them away.

“New players are always surprised by how nice the facility is,” said Chevelle Saunsoci, the former Chevelle Herring who now heads the Dvlp Basketball Program.

The shiny gymnasium at the Abide Omaha campus with its newly installed floor rivals a top high school facility. No expense was spared on the equipment in the workout room, either, thanks in part to Creighton men's basketball coach Greg McDermott.

The quality of the $1 million renovation is amazing, Abide CEO Josh Dotzler said. The best of the best.

And that’s where Saunsoci comes in.

She and Dotzler are working together to give youngsters in the area opportunities in life, academics and basketball they might not have had before. Along the way, they hope to turn them into leaders.

“Her vision, who she is as a person, just really aligned with who we are as an organization and what we want to see happen in our community,” Dotzler said. “Her vision is wanting to see something that is first class, even in North Omaha.”

Since May, Saunsoci has been working to develop players from third grade up to the professional level. The partnership with Abide gives Saunsoci’s own basketball dream a home after a nomadic start.

She's still working with the Hope Center and the Adams and Christie Heights Community Centers, where she started. The more places for kids to play, the better.

She wants to build an elite training program for student-athletes.

“We are not a team,” she said. “We are 100% a training and advising program for athletes who want to play at the next level.”

With no apologies needed for its North Omaha location.

The disparity in opportunities for young minority athletes is what prompted the former Bluejay point guard to leave her position as a Creighton women's assistant after seven years to strike out on her own.

For three years, she thought, fretted and visualized a program that would give those players a chance.

CU coach Jim Flanery could see her forming the skills she needed while she worked for him from 2013 to 2020. Saunsoci became a problem-solver as an assistant, learning what made each player tick and how to relate to them, Flanery said. She got them to believe in themselves on the court.

“That’s a big part of what she’ll be doing,” he said. “Connecting with people, getting them to believe in themselves and kind of building a community. I think she was really good at that as an assistant coach.”

That pull to help younger kids is also a reason she and Dotzler decided to work together.

They first met in high school; she at Bellevue East and he at Bellevue West. Both played at Creighton. Saunsoci and her husband, Edward, go to the same church as the Dotzlers.

“Her life, her character, her competitiveness, all of those things have stood out over the years,” Dotzler said. “We have known her for a long time. Over time, you get to see what somebody is really about.”

Saunsoci is only 5-foot-3, but her drive helped her earn a scholarship at Creighton despite tearing her ACL as a senior. Though she never played in the NCAA tournament, she was a part of three Missouri Valley championship teams.

When her playing days were done in 2010, she left the sport before returning as a graduate assistant for Matt Fritsche at Midland University. Flanery then hired both.

“When we had an opening, she was working a camp. I was really impressed with what she did in our camps and obviously loved coaching her,” Flanery said. “I hired her because I knew what a great person she was and what her work ethic was and how good she would be around young people.”

Saunsoci loved the job, and Flanery worked with her when her daughter K’Ali was born.

But she kept thinking more and more about the kids who weren’t getting the same shot. Now that's changing.

Walk into the sports complex at Abide and there are six to 10 of the 60 girls in Saunsoci’s program working on their ball skills with WNBA player Jaylyn Agnew or Yvonne Turner, a former Bellevue East teammate who plays professionally overseas.

“We try to surround the young players we work with with players who have achieved the goals they wanted,” Saunsoci said.

The boys side of the program is small but developing. Thanks to private donors, scholarships are available for anyone who needs it. Nissan of Omaha and Milford Real Estate are big supporters.

Right now, the program is focused on general skill building and development. But Saunsoci has big ideas, and not just on the court. She wants to find tutors and add a study hall to the equation.

"We want to build something for the total student-athlete," she said.

If reaching her goals means that the Abide gym has become a second home, that’s OK with Saunsoci. It’s important, she said, for her to be accessible to everyone.

K’Ali, now 2, can often be found trying to dribble alongside Mom. Edward does the marketing for the organization.

He shares his wife’s vision.

“One kid getting a college scholarship can change a family’s whole legacy, and their impact on the community and their family,” he said.

Though Dvlp is young, Saunsoci is already seeing a difference in the skill of her athletes. The leadership part will come.

She’s proud of what she’s accomplishing so far.

“I feel really good about what we’re doing,” she said. “We are serious about using basketball to build future leaders.”

Thom Corritore, who died earlier this month, will be remembered as one of the pioneers of local sports radio broadcasting. His visitation and memorial service will be Saturday.

Pro Kristine Fischer claimed the top prize at the Hobie Bass Open Series Tournament of Champions. The Weeping Water kayak angler is the first woman to win a national championship in any series.

The Omaha Lancers have a new head coach during a turbulent week. According to sources, multiple coaches resigned this week, and players considered a boycott over management of the team.

The Omaha Lancers will resume team operations Monday — with the intent of playing next weekend’s home games — after players met virtually with USHL Commissioner Bill Robertson on Sunday morning.

In Omaha, Terence Crawford is what everyone wants in a hometown legend — he doesn’t forget where he came from. But outside of Nebraska, his status is more complicated, writes Dirk Chatelain.

When the opportunity arose, Mitch and Heather Bartunek decided to introduce their 2-year-old daughter, Tinley, to fishing.

Chatelain: Bud Crawford, the best closer in sports, thrills like few can

Bud Crawford has a stunning nine straight knockouts. But he transcends sports, too. He satisfies a visceral, immeasurable urge way down in the gut, the same place that unleashes goosebumps and shouts. 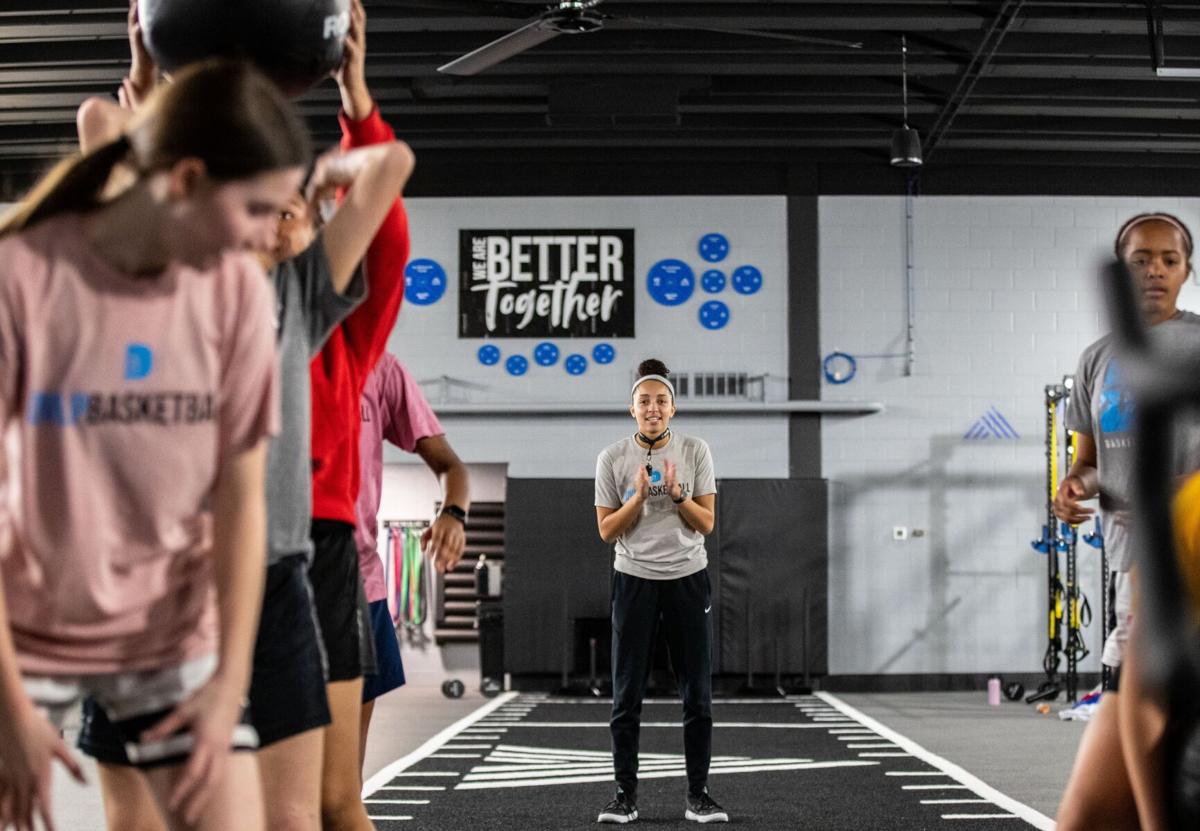 Jaylyn Agnew trains girls in the basement of the gym on the Abide campus. Agnew plays in the WNBA. 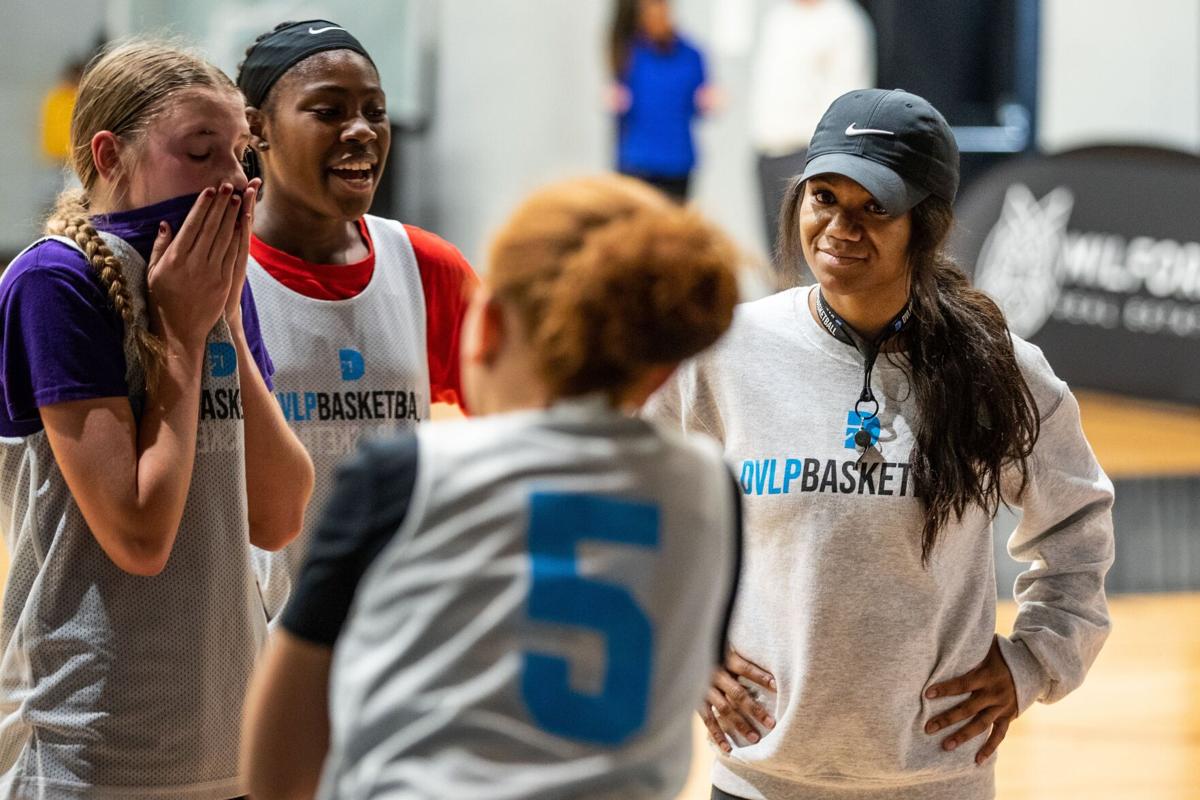 “Her vision, who she is as a person, just really aligned with who we are as an organization and what we want to see happen in our community,” CEO Josh Dotzler said of Chevelle Saunsoci partnering with Abide. “Her vision is wanting to see something that is first class, even in North Omaha.” 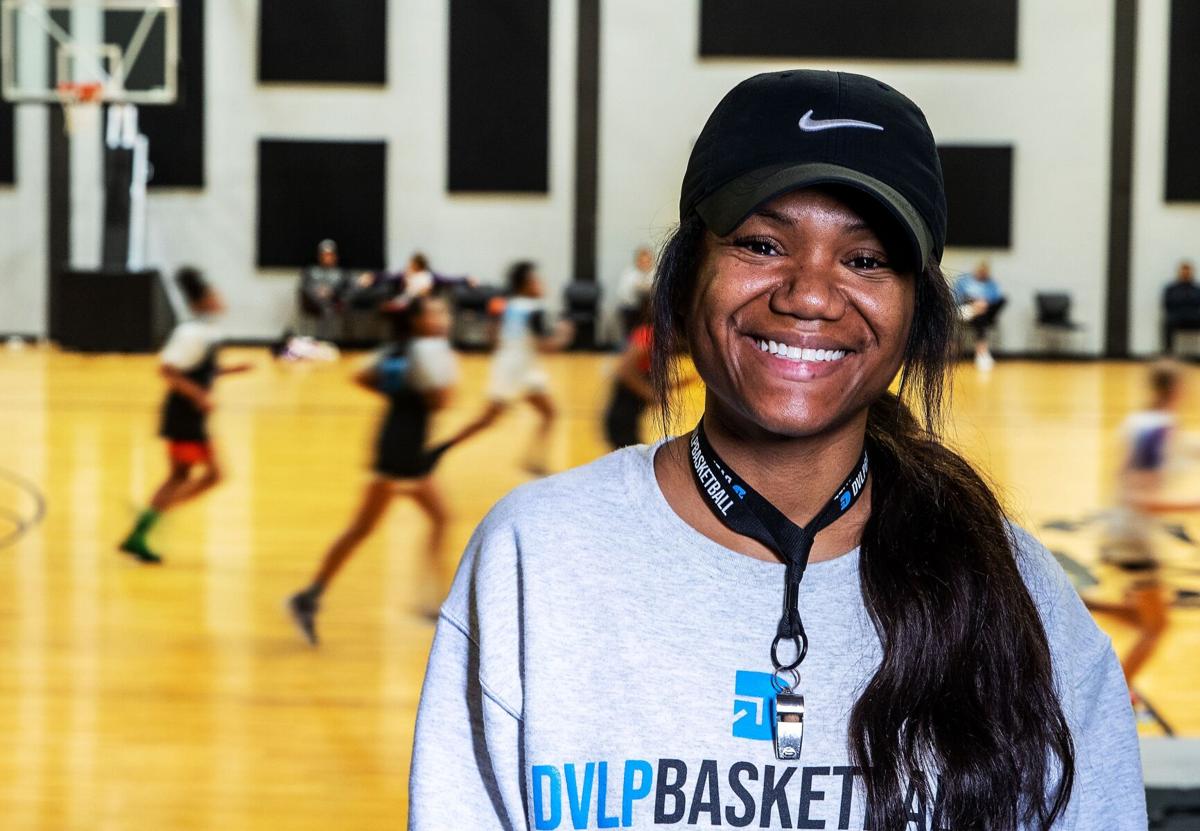 Chevelle Herring Saunsoci has been working with her organization to develop the basketball skills of players from third grade up, and a new partnership with Abide has given her basketball dream a home.

“We are not a team,” Chevelle Saunsoci said. “We are 100 percent a training and advising program for athletes who want to play at the next level.” 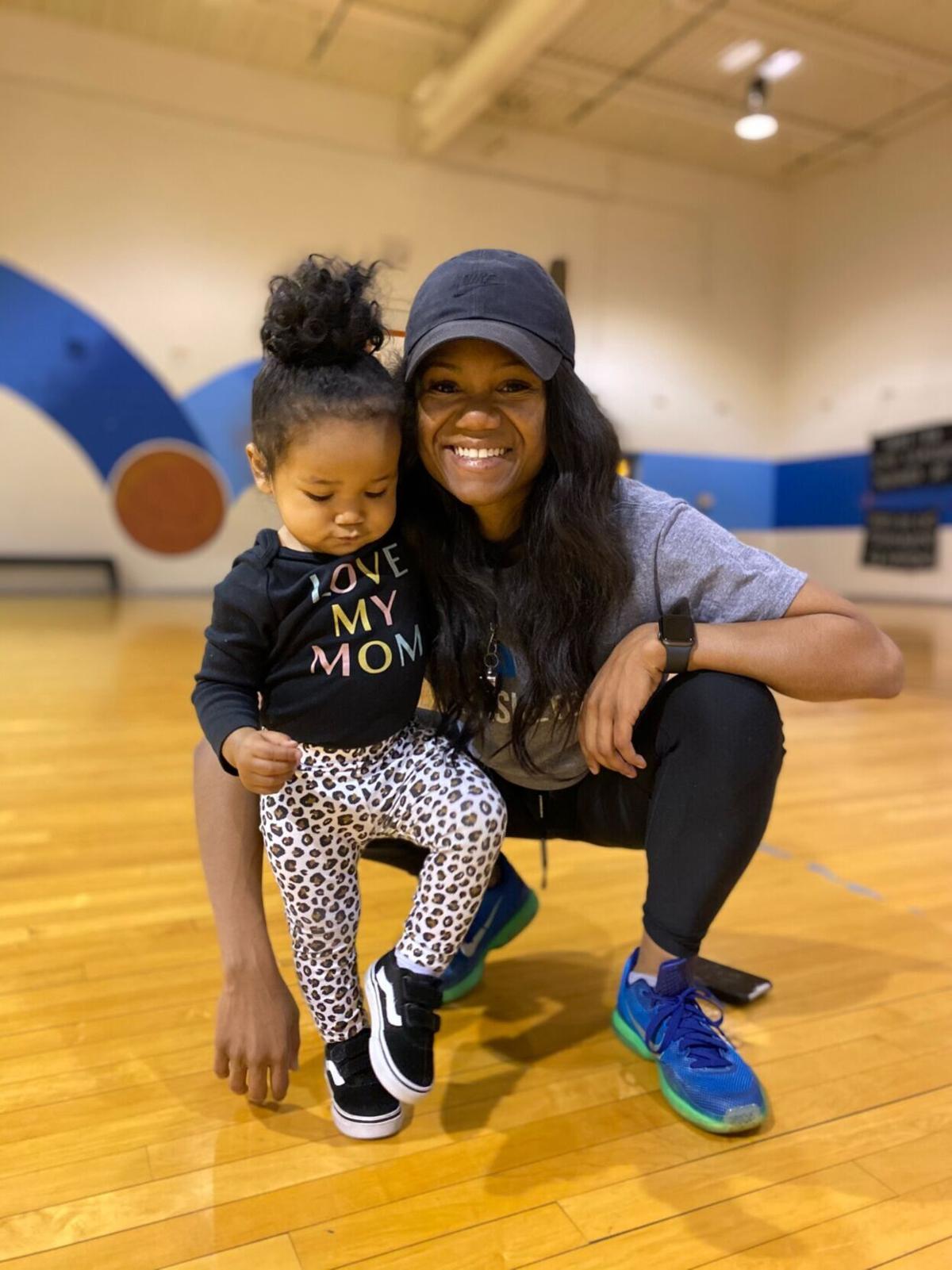 Chevelle Saunsoci's daughter K’Ali, 2, can often be found trying to dribble alongside her mom. 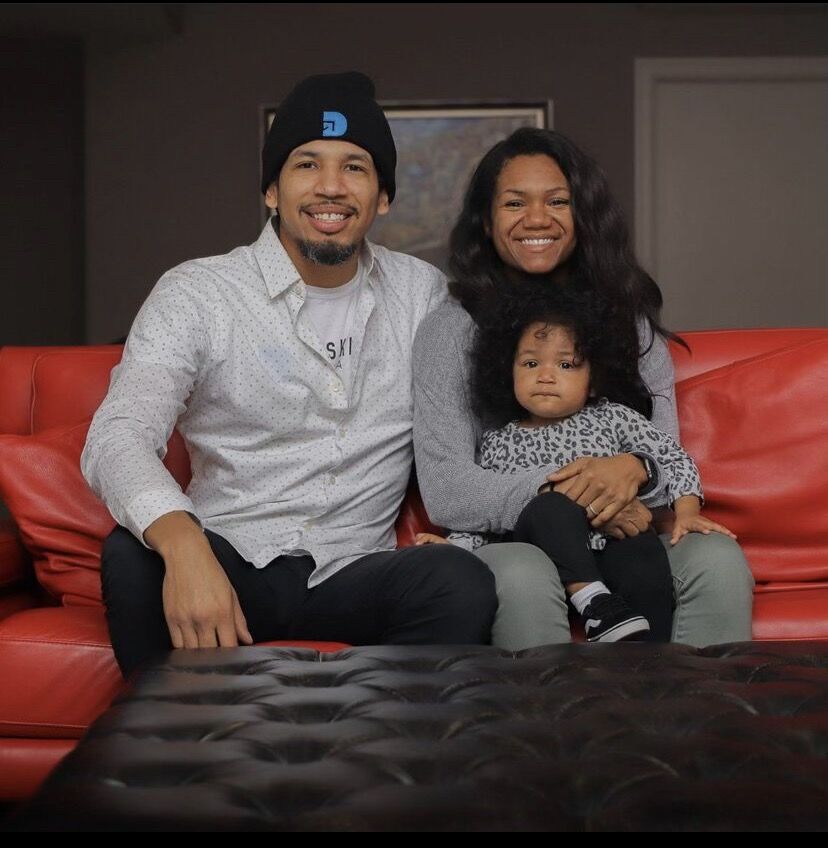