Christmas is coming. The neighborhood is abuzz. For the first time in 53 weeks, Terence "Bud" Crawford is fighting again.

“Everybody’s on their way to Vegas,” she said. “Nobody is going to be in Omaha.”

“The fight ain’t going to be that long anyway. It’ll be about 10 minutes. You do all that flying, then it’s over. Ha! So we’re just going to do pay-per-view and have a little party right here.”

At the YMCA, just a few blocks south of the street named in his honor, Crawford frequently works out or merely hangs out, signing autographs or posing for pictures upon request.

“The nice thing about Bud,” said Maceal Pechacek, Butler-Gast executive director, “is that he never comes in like, ‘Everyone should know who I am.’”

One weekday this summer, Crawford forgot his family membership card and the Butler-Gast front-desk attendant — just a few years older than Bud — stopped him. She has an established rule for members without a card. Drop and give me 10 push-ups, she said.

Sure enough, Crawford dropped his nose to the tile floor. After Bud earned his admission, Pechacek approached the attendant: “You know who that was, right?” Surprisingly, she did not.

“Outside of these walls, he’s the world champ,” Pechacek said. “But here he’s just another member that comes in.”

In Omaha, Crawford is what everyone wants in a hometown legend — he doesn’t forget where he came from. But outside of Nebraska, Crawford’s status is more complicated. Strangers celebrate him more. But they demand more, too.

Crawford stands at the peak of his powers, 37-0 with eight straight knockouts. Not since 2016 has an opponent even extended him to the final bell. His combination of boxing technique, punching power, versatility with both hands (and both stances), problem-solving ability, showmanship and a killer instinct make him a titan in the sport. He isn’t just cheered, he’s feared and revered.

“Terence is a savage,” Shakur Stevenson, the junior lightweight champion, told FightHype.com. “That dude is a beast.”

But the boxing crowd yearns for something more: a true challenge. Fans don’t wish to see Bud humbled, but they do want to see him dig deeper and rise to a higher level.

Crawford, restricted by his contract with Top Rank Boxing, still hasn’t landed the marquee fight that produces a pay-per-view bonanza and secures his status as the best pound-for-pound boxer in the world — and a generational figure in the sport.

But those rivals elevated each other. Together they transformed the sport. Crawford hasn’t had the chance. At the moment, he is like LeBron James playing against a college team. And the moments that might have highlighted his immense talent haven’t materialized.

The only person who can beat Terence Crawford, the champ says, is Terence Crawford. But over the past two years, a stronger force is getting the best of him — time. Crawford has fought a grand total of 10 minutes (3 1/2 rounds) since December 2019.

At 34, he should be piling up knockouts, earning millions and expanding his fan base and brand. Instead, he's spent most of two years waiting around.

COVID-19 didn’t help. In March 2020, as Creighton basketball prepared for the Big East tournament, Crawford visited Manhattan, too, to plan his future bouts. The meetings never happened. The pandemic stirred panic, and Crawford — like the Bluejays — retreated quickly back to Omaha.

Crawford occupies an island in his own division. Potential rivals fight for Premier Boxing Champions, which rarely cooperates with Top Rank. “We’ve had problems getting him the best matches,” Arum said recently.

In April 2021, Arum thought he’d secured a contract for Crawford-Manny Pacquaio in Abu Dhabi. Then the money fell through. All the while, a super-fight with the top welterweight, Errol Spence Jr., hangs over boxing fans like a speed bag slightly out of reach.

The better he performs, Crawford fears, the less likely another superstar will want a piece of him. Which brings us to Saturday night.

Shawn Porter, a long-time friend and ally, is not the fight that Crawford wanted. The World Boxing Organization mandated the challenge to Crawford’s belt. But Porter is considered the best opponent Crawford has faced as a welterweight. And it might open the door to much bigger events.

Saturday completes Crawford’s contract with Top Rank. As a free agent, he could possess more freedom to pursue bigger names and maximize his prime. For now, his focus is Porter, a savvy, rugged brawler widely respected for his aggressive style and courage — Porter pushed Spence to the limit in 2019, losing via split decision.

This week in Vegas, Crawford sat on a stage opposite Porter and tried to summon the trash talk sufficient to satisfy his promoters. He didn’t have much to say — typical for Bud leading up to fight night. He prefers to isolate in a Vegas hotel room and play “Call of Duty.” Let his fists do the talking.

Porter is a little more outspoken. He didn’t want to be the first great fighter Crawford meets, Porter said.

“Everyone is like, we’re finally going to see him against one of the best, but they’re not to going to get what they’re used to seeing out of Terence Crawford.”

Crawford’s camp expresses no such vulnerability.

“That’s the difference between Terence and Shawn.”

Back in North Omaha, the politics of promotion and matchmaking take a backseat to old-fashioned pride and anticipation. Grown men and women with no affinity for boxing make plans for Saturday night.

LaJonna Newsome can barely contain her enthusiasm. Terence Crawford might be a champion unfulfilled and unchallenged, but in Omaha he’s the local hero you don’t dare miss. She starts talking about Crawford and her fists rise up like she’s in the ring.

“I love it. He just breaks them down,” Newsome said. “They think they got him and next thing you know, here comes his uppercut. Ta-dam! That boy last time almost fell out of the ring. I was like, ‘Rewind it, rewind it!’

“It’s good to see it again, as long as it ain’t Bud. I want to see him do it to somebody else.”

An agreement has been reached for Omaha native Terence "Bud" Crawford to get one of the biggest fights of his championship career when he faces Shawn Porter later this year.

A purse bid has been ordered for Bud Crawford's mandatory title defense against Shawn Porter. That means the rights to stage that fight will now go to the highest bidder.

Terence "Bud" Crawford, the world champion boxer from Omaha, has been ordered to defend his title against Shawn Porter, which will give Crawford the highest-profile opponent of his career. 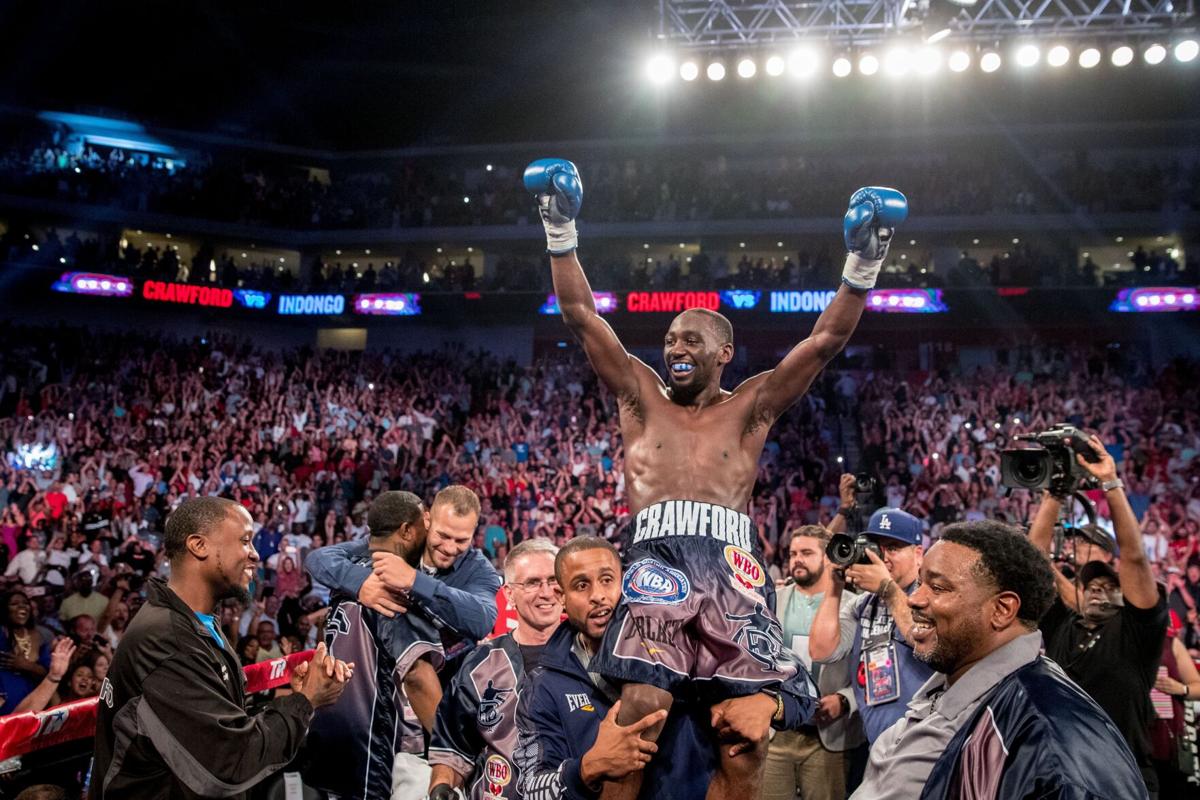 In Omaha, Terence "Bud" Crawford is what everyone wants in a hometown legend — he doesn’t forget where he came from. But outside of Nebraska, Crawford’s status is more complicated. Strangers celebrate him more. But they demand more, too. 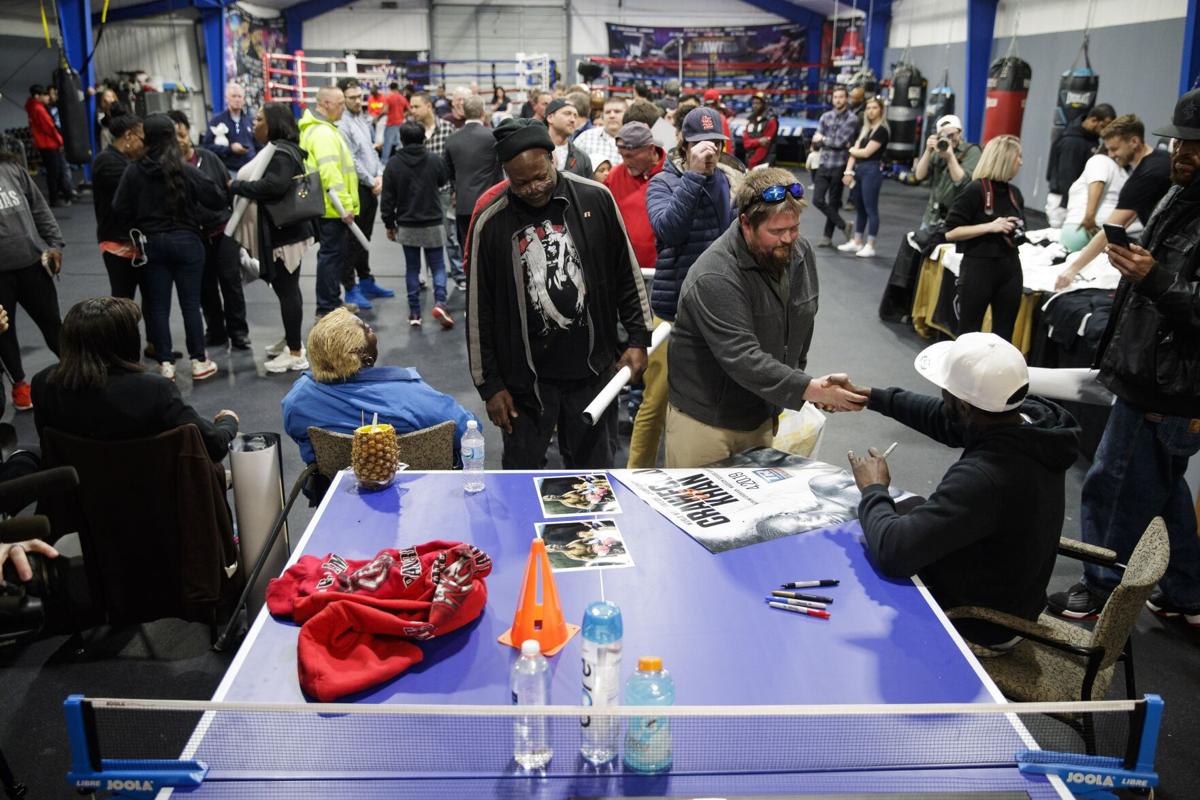 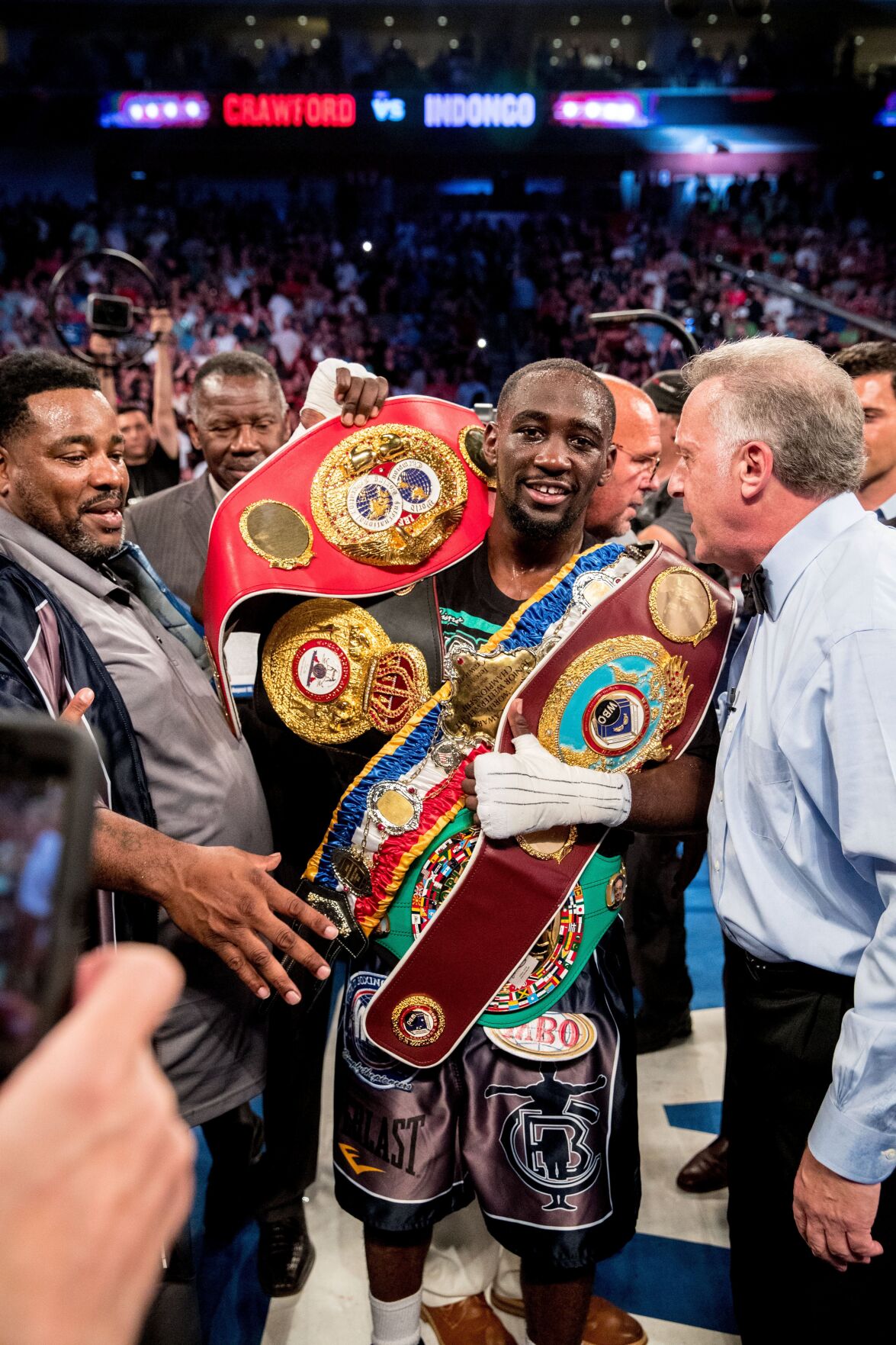 “Outside of these walls, he’s the world champ,” Butler-Gast executive director Maceal Pechacek said of Bud Crawford. “But here he’s just another member that comes in.”

Shawn Porter said he didn’t want to be the first great fighter Terence Crawford meets. “Everyone is like, we’re finally going to see him against one of the best, but they’re not to going to get what they’re used to seeing out of Terence Crawford.” Crawford’s camp expresses no such vulnerability. 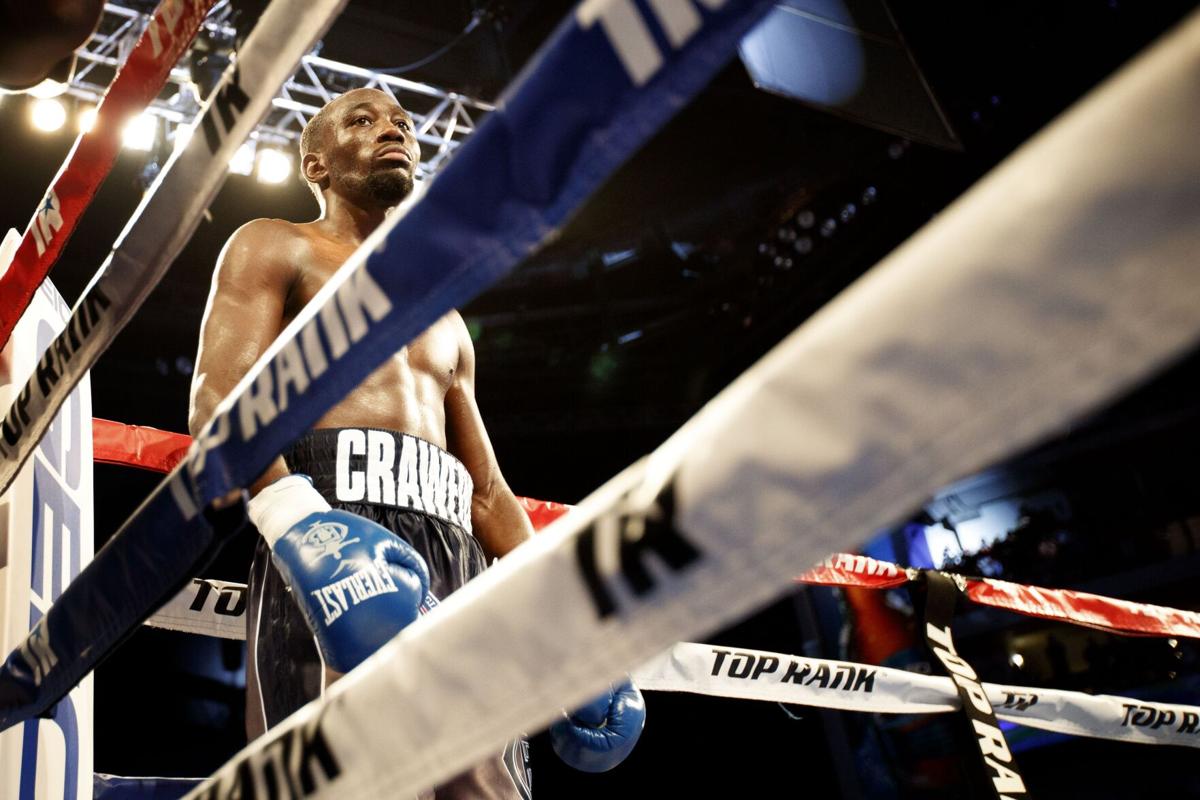 Terence "Bud" Crawford, restricted by his contract with Top Rank Boxing, still hasn’t landed the marquee fight that produces a pay-per-view bonanza and secures his status as the best pound-for-pound boxer in the world — and a generational figure in the sport. His promoter, Bob Arum, compares Crawford’s talent to like-sized legends of the glorious 1980s: Sugar Ray Leonard, Roberto Duran, Marvin Hagler, Tommy Hearns. But those rivals elevated each other. Together they transformed the sport. Crawford hasn’t had the chance, writes Dirk Chatelain.