The sight of a jubilant Olympian standing atop the podium after being victorious in their discipline with a gold medal between their teeth is an iconic one.

We've seen it numerous times at the 2020 Tokyo Olympic Games already, across a host of disciplines.

The official Tokyo 2020 account even went as far on Sunday to try to remind people that the medals are not, in fact, edible.

"We just want to officially confirm that the #Tokyo2020 medals are not edible," it said.

"Our medals are made from material recycled from electronic devices donated by the Japanese public. So, you don't have to bite them ... but we know you still will."

But why do these victorious athletes decide to celebrate their coronation by pretending to take a bite out of their gold medals?

David Wallechinsky, Executive Committee Member of the International Society of Olympic Historians, told CNN in 2012 that it's probably an attempt to satisfy the media.

"It's become an obsession with the photographers," says Wallechinsky, co-author of "The Complete Book of the Olympics." "I think they look at it as an iconic shot, as something that you can probably sell. I don't think it's something the athletes would probably do on their own."

The phenomenon is not exclusive to the Olympics though.

Tennis superstar Rafael Nadal has become famous for looking like he wants to take a chunk out of the trophies he wins, in particular the Coupe des Mousquetaires — the French Open men's singles trophy — he's become so acquainted with.

Victorious athletes across the Olympic spectrum have gone to different lengths to find a place for their medals.

Team GB's Tom Daley, who won the men's synchronized 10m diving competition with his partner Matty Lee on Monday, knitted a pouch to keep his gold medal safe while he was in Tokyo.

Daley, who took up crocheting over lockdown during the coronavirus pandemic, posted on Instagram that he had made the holder to "prevent it getting scratched."

For Slovenian cyclist Primoz Roglic, who won gold in the men's individual time trial, he admitted the medal itself surprised him.

"Actually, it's quite a heavy thing, but it's beautiful. I'm super proud and happy," he told the media.

In 2008, Team USA footballer Christie Rampone told the Tampa Bay Times that her array of medals was hidden amongst the pots and pans in her house as she believed they would be the last places someone might look.

During his early days at the Olympics, Michael Phelps came up with some innovative methods to transport his medals around.

In a "60 Minutes" interview with Anderson Cooper in 2012, Phelps said he kept his eight gold medals from the 2008 Beijing Games in a traveling makeup case wrapped in a grey T-shirt.

Given he is the most decorated Olympian of all time with a total of 28 medals, Phelps might have to adopt a new method to house them.

However, not all athletes have held onto their Olympic keepsakes.

Superstar boxer Wladimir Klitschko told CNN that he sold the gold medal he won at the 1996 Atlanta Games for $1 million, with the funds going to the Klitschko Brothers foundation — a charity set up by him and his brother Vitali to help impoverished children in their home nation of Ukraine.

"We care about education and sport, that is the key in any children's life," Wladimir said.

"It is always in life like that, you go down but you have to get up, and sport gives you this great lesson."

U.S. swimmer Anthony Ervin auctioned off his 2000 Olympic gold medal on eBay to aid survivors of the 2004 Indian Ocean tsunami.

Get the latest in your inbox!

We're delivering updates and highlights on the Summer Olympics daily to your inbox, including What to Watch, live coverage, schedules and medal counts.

Man injured by jaguar after crossing barrier at Florida zoo, and more of this week's weirdest news

The man climbed over a waist-high safety barrier and began taunting the jaguar before reaching his hand through the fence.

Biles was the defending Olympic champion in the vault. Plus, get the latest on the games tonight. 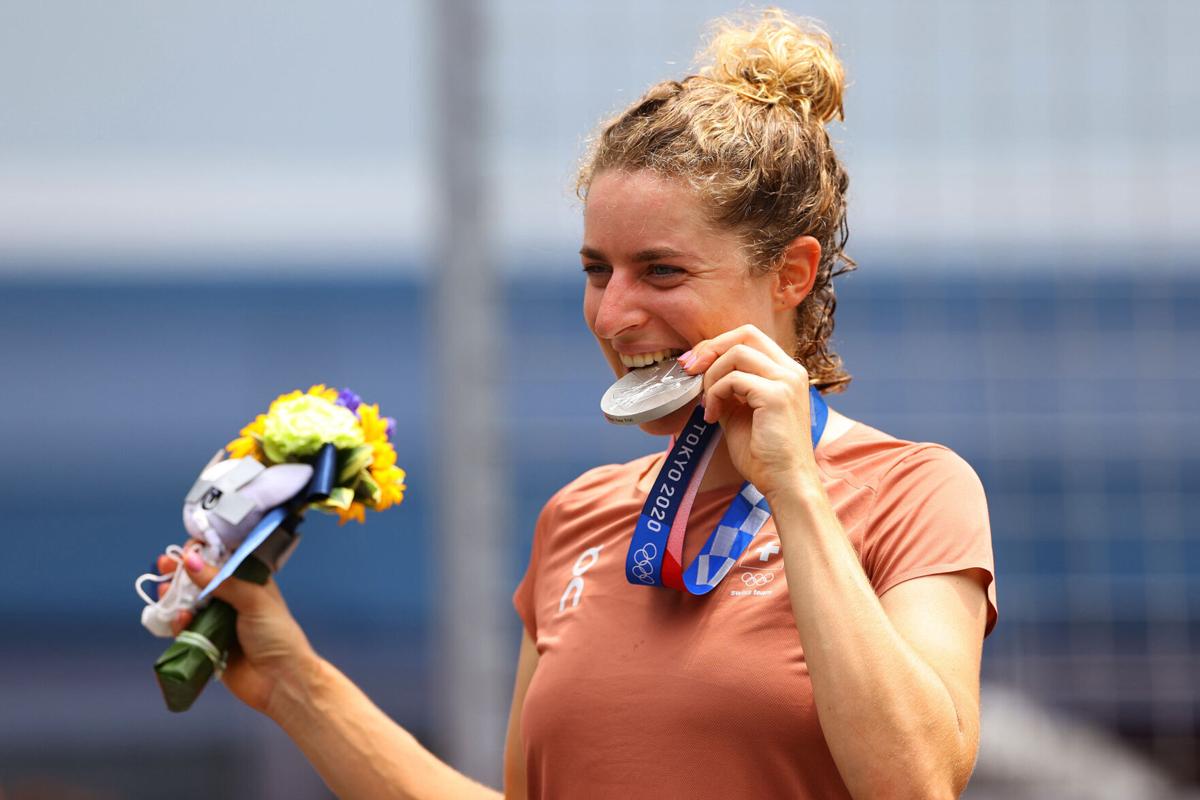 Swiss cyclist Marlen Reusser poses for a photograph and bites her silver medal after the women's individual time trial. 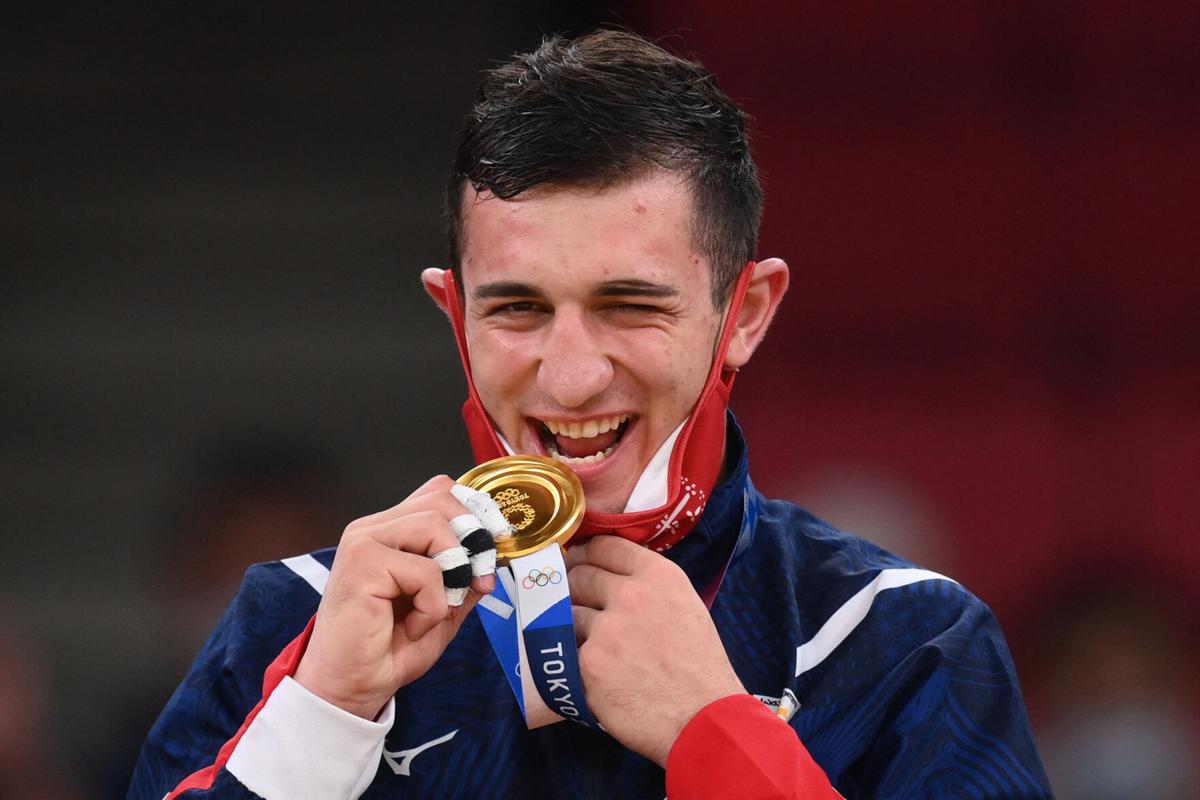 Gold medalist Lasha Bekauri of Georgia nibbling his prize during the medal ceremony for the judo men's -90kg contest. 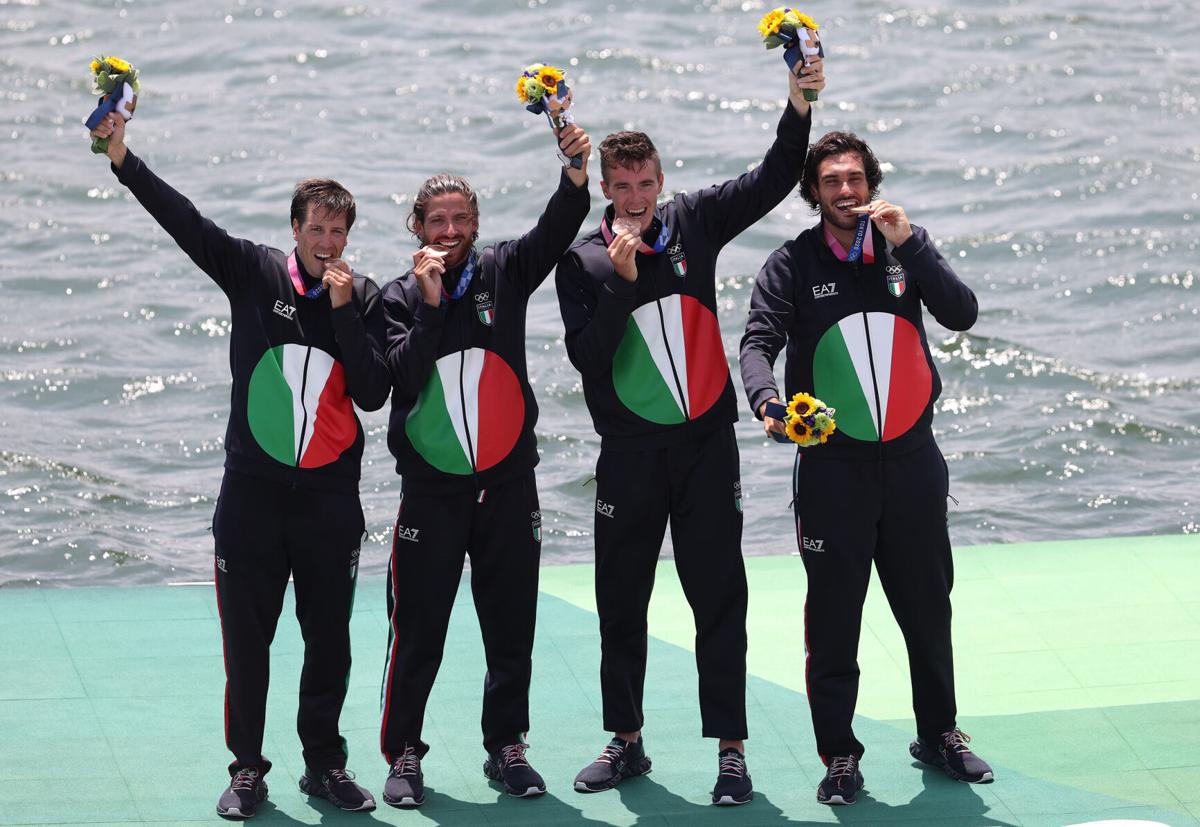