LINCOLN — Advocates for gun rights and gun control squared off Thursday at the State Capitol over what to do about mass shootings.

One on side, gun rights advocates supported giving Nebraska school districts the option of training and arming willing teachers and administrators.

Brian Hof, a concealed carry handgun instructor and the superintendent of the Red Cloud Community Schools, said putting guns in the hands of teachers in his rural school makes sense because law enforcement help could be 30 minutes away.

“We can make our kids even safer,” said Hof, a retired military veteran.

But on the other side, advocates for gun control said the answer wasn’t more guns, but increased mental health treatment and a mechanism for temporarily taking away guns from people who pose an imminent threat.

An Omaha police sergeant said a “red-flag” law allowing a judge to order that weapons be removed from the reach of a mentally disturbed or threatening person might have prevented the 2007 Von Maur shooting in Omaha that left nine people dead, including the 19-year-old gunman, who had a history of mental illness.

“A law like this may have been able to assist law enforcement,” Sgt. Michael Kozelichki said.

Both sides agreed on one thing — something needs to be done.

“Not doing anything is unacceptable,” said State Sen. Adam Morfeld of Lincoln.

Morfeld introduced the state’s first proposal for a “red-flag” law. Such laws have been adopted by 14 states and have shown promise in reducing suicides by firearms.

Under Legislative Bill 58, if a family member, roommate or law enforcement official senses that a person poses a “significant risk” of harm to themselves or others, they can petition a judge to have firearms within easy access of that person removed.

Often, Morfeld said, a person exhibits warning signs before attempting suicide or a violent act. He said his Extreme Risk Protection Act would allow the temporary removal of guns for up to 12 months, thus providing a “time out” in which a person could seek help or cool off.

“The purpose of this law is to save lives,” the senator said.

Law enforcement officials and a trio of university students supported the bill, saying it would be a valuable tool to remove deadly weapons from people in crisis when other steps fail.

“Gun violence is an epidemic,” Jayden Steed said. “This law would allow people to act before warning signs escalate to tragedy.”

But gun rights advocates called LB 58 a violation of constitutional rights and due process rights that could be misused by a spouse during a divorce.

“Rather than addressing that, we’re trying to come up with a quick and easy solution,” Harrold said.

“This bill is a symptom of the creeping socialism in our country,” Gregg Lanik said.

Later during the public hearing before the Judiciary Committee, Sen. Steve Halloran of Hastings explained the latest legislative attempt to allow teachers to be armed.

Halloran emphasized that his LB 343 is not a mandate, but simply gives schools the option to develop programs to arm teachers or staff.

Schools, he said, need a way to respond more rapidly to an active shooter. During the Parkland school shooting a year ago in Florida, more than 50 students and teachers were shot in the first three minutes and 20 seconds, he said, long before law enforcement had entered the school.

Advocates for the bill said if school personnel were armed, students would “think twice” before launching a deadly attack. They said both Ohio and South Dakota had successfully implemented programs to allow and train school staff to carry firearms.

But opponents of LB 343 said better mental health care for students and adults, and better funding for school security steps, was a better answer. Foes raised concerns about students taking away guns from teachers, whether teachers would actually shoot a student, and whether schools could afford liability insurance and training expenses.

The Legislature’s Judiciary Committee took no action on either bill after a 4½ hour hearing, but its chairman, Sen. Steve Lathrop of Omaha, said he sensed that arming teachers was not a proposal the eight-member committee would advance.

A similar bill to arm teachers failed in 2014. The Omaha Public Schools board voted last year to oppose allowing teachers to carry guns in schools.

State Sen. Adam Morfeld plans to offer a bill this year that would allow authorities to temporarily take guns away from people suspected of being dangerous.

Opponents say such laws do not make people safer, and that current Nebraska law allows people who are in imminent danger to defend themselves.

The OPS resolution is largely symbolic — the board has little control over gun laws. Elsewhere, at a Westside board meeting, school officials reviewed the school safety training completed by students and staff.

A national campaign, begun in 2015, encourages such a step, which is supported by hospitals and law enforcement.

More than 4 million children endured them last year. They overwhelm many. Some even write goodbyes.

St. Louis Post-Dispatch: 'Smart gun' technology could save lives; manufacturers should adopt it

There's no reason why gun-rights supporters should oppose adoption of this sensible, needed technology.

The policy in those districts illustrates the divergence among Americans regarding guns.

LB 627 is the latest attempt to give lesbian, gay, bisexual and transgender workers the same protection against job discrimination that current law provides for people based on race, color, religion, sex, disability, marital status and national origin.

The local experts are following a nationwide trend by creating a threat assessment group that aims to connect troubled youths to services and keep community members aware of ongoing security concerns.

Nebraska Sen. Ben Sasse said such "red flag" gun legislation should protect gun owners' rights and should be limited to certain categories of people, such as those convicted of domestic violence or other crimes and those adjudicated as being mentally ill.

Under the bill, a family member, household member, school superintendent or law enforcement official could petition a judge to have firearms removed from a person if that a person poses a "significant risk" of harm to themselves or others. 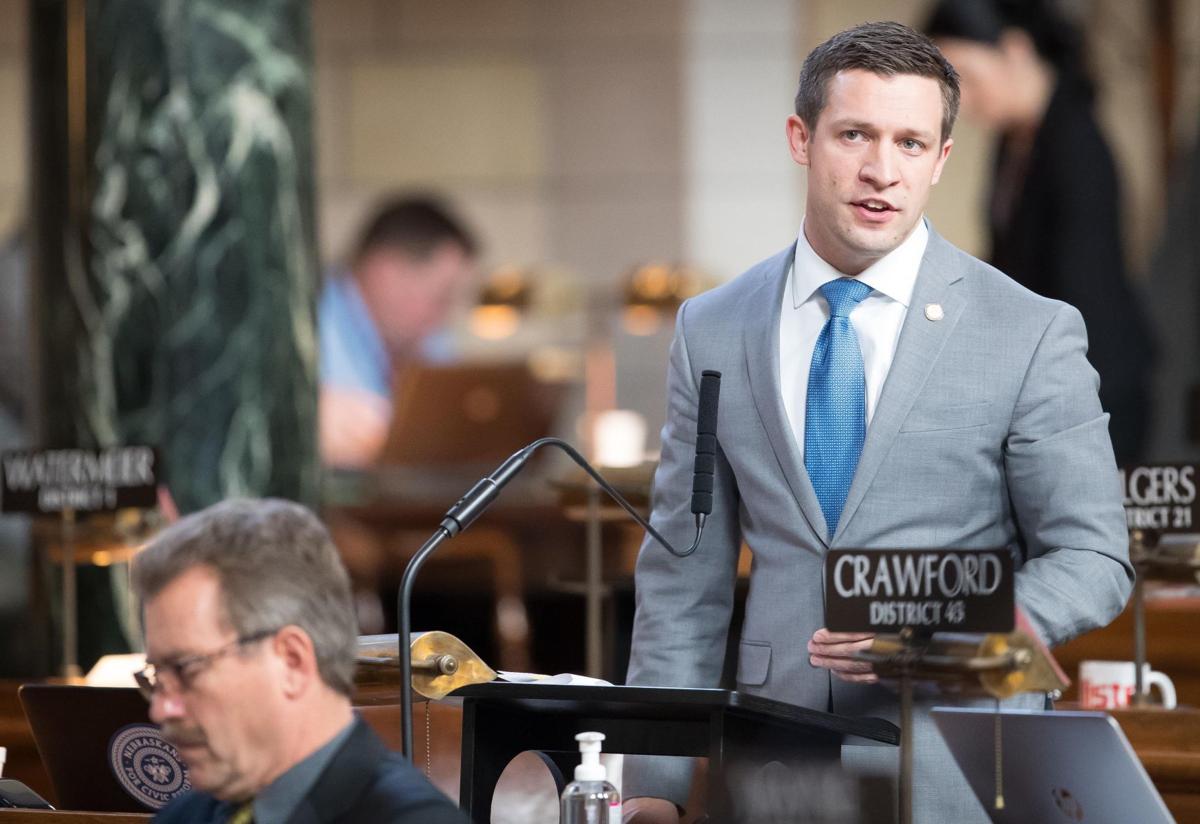 State Sen. Adam Morfeld has proposed a “red-flag” law to keep guns from people deemed to be a risk to themselves or others. 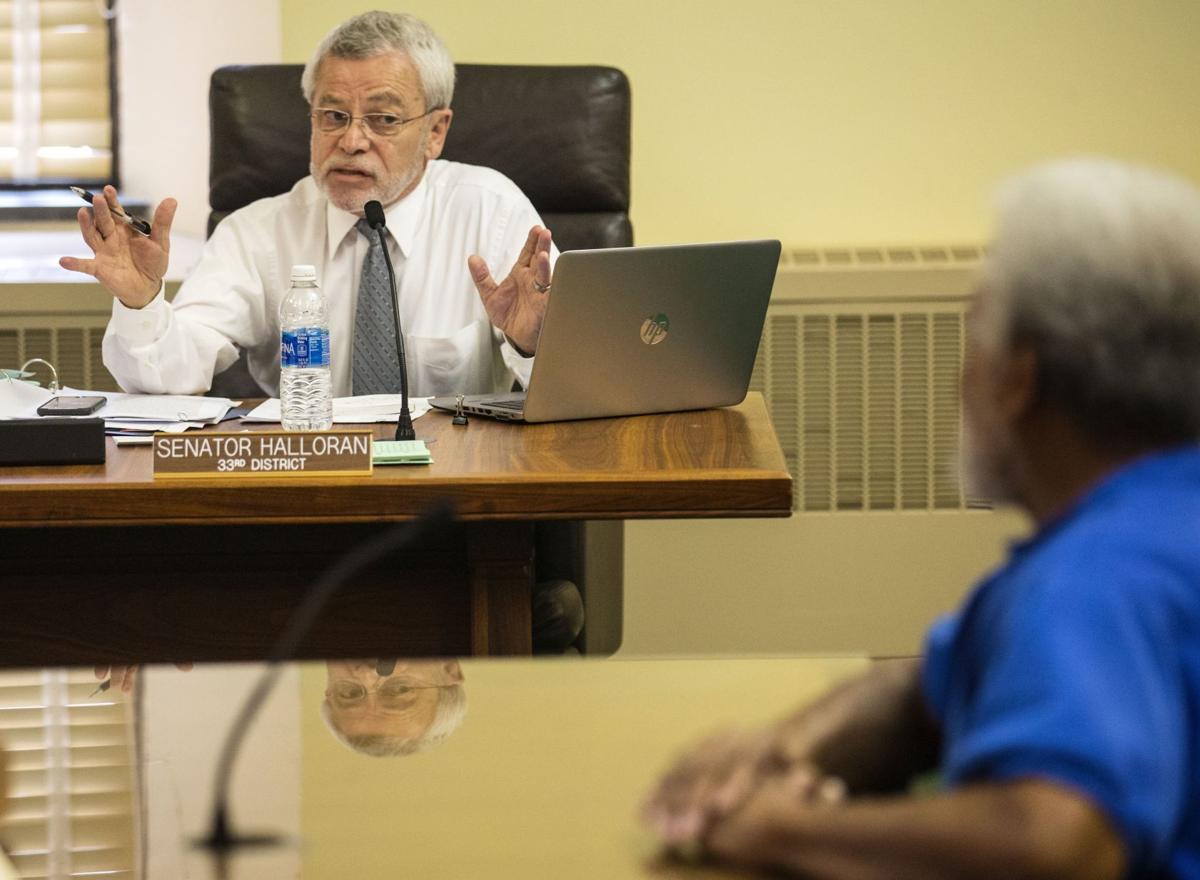 State Sen. Steve Halloran has a plan that would give schools the option of arming staff.