LINCOLN — In July, the state spent $700,000 to erect a 10-foot-high, chain-link fence around the Youth Rehabilitation and Treatment Center-Kearney to deter escapes.

As soon as the fence went up, a local police officer put it to the test, according to Kearney Mayor Stan Clouse. It took the officer all of 10 seconds to climb up and over, Clouse said.

“The fence was a good-faith effort, but it doesn’t work,” Clouse said.

Recent statistics seem to bear that out: Since July 1, 15 kids have escaped from the center, or about one a week.

Now, state officials are reevaluating not only the fence, but also how to fill vacant jobs and improve programming at the state’s two youth treatment centers, the center for boys at Kearney and the temporarily closed facility for girls, the Youth Rehabilitation and Treatment Center-Geneva.

State senators are conducting interim public hearings Wednesday in Geneva and Thursday in Kearney to explore possible solutions to staffing shortages and programming deficiencies at the two centers, which are operated by the Nebraska Department of Health and Human Services. The centers attempt to rehabilitate youths ages 14 to 18 who are sent there by court order for breaking the law.

The state senator who leads the committee conducting the hearings said there were probably better ways to spend $700,000 in state funds than on the fence.

“If the funds that were used for the fence would have been used for more staff and more programming, perhaps we would have had better outcomes,” said State Sen. Sara Howard of Omaha, who chairs the Legislature’s Health and Human Services Committee.

Besides the escapes at Kearney, and months-long concerns about assaults on staff, there have been other troubles recently.

In August, the state took emergency action and shut down the Geneva center due to unrepaired damage to buildings and staff shortages. In total, 28 girls were moved to the Kearney YRTC, which now houses 20 girls and 91 boys, and is staffed by employees from both centers, and supplemented by a private security firm that patrols just outside the fence.

Just when the girls might be returned to Geneva is unclear. Lancaster County officials have offered, on a temporary basis, to rent vacant beds for the girls at the county’s youth detention center in south Lincoln.

The state recently conducted job fairs at both centers to address chronic shortages of workers that required many employees to work double shifts to cover vacant posts. At the Kearney center, there were 27 job vacancies for youth security specialists as of 10 days ago. The results from the job fairs were modest — three job offers were extended at the Geneva event and seven at Kearney.

The fence at the Kearney YRTC was spurred by concern from area residents about escapes and thefts of vehicles from adjacent homes by escapees, as well as an increase in assaults on staff.

A year ago, Health and Human Services had asked for $3.9 million to build a 14-foot-tall “security” fence around the facility.

In January, State Sen. John Lowe, who represents Kearney, pared back the proposal to $2 million, saying that basic fencing found at Home Depot or Menards could be as effective.

“The idea of building a fence is one that’s been strongly supported in the Kearney community for several years,” Lowe told the Legislature’s Appropriations Committee in March.

He added that besides blocking escapes, it might also reduce assaults on staff, which totaled over 100 in 2017, by allowing staff to focus on treating youths rather than watching for escapes. The bill was supported by the City of Kearney, but opposed by two advocacy groups, the ACLU of Nebraska and Voices for Children, because it would make the YRTC more “prison like” and less about rehabilitation.

But in the end, the legislative proposal was dropped after the Department of Health and Human Services found $700,000 within its budget for the 10-foot-high fence. The fence, it should be pointed out, does not have razor wire or barbed-wire at the top, like security fences that ring state prisons.

Lowe did not respond to several requests for comment about the fence over the past week. But Grand Island Sen. Dan Quick, who last year sought an alternative — a $3.9 million boost in rehabilitation programming at the YRTCs — said he still believes the fence was not the answer.

Quick said in his conversations with YRTC staff, judges and others involved with troubled juveniles, the thing that’s been lacking at the YRTCs has been effective programming. His proposal would boost staffing to one per every eight kids, which he said would serve to make a fence unnecessary.

“It’s not supposed to be a prison. It’s supposed to be treatment and rehabilitation, to help them get back to the community and be successful,” Quick said.

Howard said that she hopes to learn more at the public hearings in Geneva and Kearney, but that effective youth treatment centers she’s seen have aggressive programming, stable staffing and few escapes.

“I don’t think the fence is doing the job,” she said. “It’s the perfect height now that kids can get over it, and staff can’t.”

Shortages in some areas, such as the Department of Corrections and the Nebraska State Patrol, mirror a national trend, but Nebraska has also had trouble filling some lower-skilled jobs in other facilities that are staffed 24 hours a day.

The initiative to improve conditions at the state's two Youth Treatment and Rehabilitation Centers is among 15 priorities set out in the Department of Health and Human Services’ fourth annual business plan.

In August 2017, the Youth Rehabilitation and Treatment Center in Geneva, the state's facility for female juvenile offenders, got top marks in several categories on an accreditation audit. This August, state officials removed all the girls from the center amid reports of widespread damage to buildings and severe staff shortages.

State Sen. Tom Brandt and Geneva Mayor Eric Kamler said Monday’s action raised concerns in Geneva that the state might close the facility. They said that with 70 to 80 full-time employees, the Geneva center is the third- or fourth-largest employer in Geneva, after schools and the Fillmore County Hospital.

The Douglas County Youth Center stands in sharp contrast to its peers for its heavy use of restrictive confinement, a new report notes.

The new contract will grant immediate raises of up to 12.5% for some veteran staff and will give regular "merit raises" as incentives for workers to remain employed with the state.

In the face of staff shortages, inadequate programming and deteriorating buildings, girls at the Geneva center were moved in August to a similar center in Kearney that houses male juvenile offenders. The head of HHS, speaking at a legislative hearing Wednesday, wouldn't say whether girls would return to the Geneva ceneter, stay in Kearney or go elsewhere.

Among the features of the new system, users will be able to check the status of specialty plates online, and vehicle fleets will be able to complete registrations online. VicToRy, officials said, also will allow some manual processes to be automated, thus reducing the opportunity for errors.

This is the second time in about a month that an outside agency has helped with a search.

Dannette Smith, CEO of the Nebraska Department of Health and Human Services, said the agency is creating a Youth Rehabilitation and Treatment Center system by revamping existing YRTCs at Kearney and Geneva and adding a third center in Lincoln.

The penitentiary, which has a design capacity of 718, has been holding nearly twice that many inmates in recent months. It has seen more than couple of inmate disturbances, and in recent weeks has had to shut down family visits and inmate activities due to a lack of staff.

A “staffing emergency” declared this week at the state’s largest prison can’t be solved without hiking wages of corrections officers by $3 to $4 an hour to compete in a tight labor market, a leading state senator on corrections issues said Friday.

About 9:30 a.m. Sunday, Lincoln police and fire crews responded to a report of a body found near 7th and N Streets.

The third annual juvenile room confinement report, issued by Inspector General of Nebraska Child Welfare Julie Rogers, found that 631 youngsters had been put in room confinement during the year that ended June 30.

Nebraska officials need to reduce the state's resort to such a practice.

5 of 6 Kearney youth center escapees are back in custody, but one male is still at large

Five of six youths who escaped Tuesday night from the Youth Rehabilitation and Treatment Center in Kearney were apprehended, but authorities were still seeking one of the escapees Wednesday morning.

Dannette Smith told state lawmakers that HHS is on track to move as many as six girls back to the Youth Rehabilitation and Treatment Center in Geneva, starting in mid-January.

The Health and Human Services Committee recommended that male and female juvenile offenders be housed on separate campuses in an extensive report about Nebraska's Youth Rehabilitation and Treatment Centers.

YRTC escapees travel to Seward County, escape again while being transported back to Kearney

Two escapees from Kearney's Youth Rehabilitation and Treatment Center could face a string of charges in three counties after allegedly taking a car from Kearney and fleeing custody earlier this week.

State Sen. Sara Howard of Omaha, chair of the Health and Human Services Committee, said she got information that four boys were involved and they used pieces taken from their beds as weapons.

Three escape from YRTC over weekend

Health and Human Services officials on Tuesday asked judges for a 10-day pause in adding juvenile offenders to the troubled facility for juvenile offenders in Kearney. Also Tuesday, a key lawmaker told the Legislature's Appropriations Committee that recent assaults and escapes at the facility increase the urgency of replacing barracks-style housing there with private rooms and showers.

Staff and families of teens tell of troubles at Kearney juvenile center. "I'm scared," one mom said, and the current situation has led to frustration and turnover among staff.

Nebraska lawmakers on Tuesday advanced a measure that would move girls out of the Youth Rehabilitation and Treatment Center-Kearney. The measure was introduced amid warnings that housing boys and girls on the same campus at the would lead to sexual assaults. It would allow the state to have both male and female juveniles at a facility where there is safe and appropriate gender separation.

A Nebraska official announced plans Wednesday to close a troubled youth center in Geneva and create a new center for female juvenile offenders at the former Hastings Regional Center campus.

The 10-foot-high chain-link fence was erected in July around the Youth Rehabilitation and Treatment Center-Kearney. 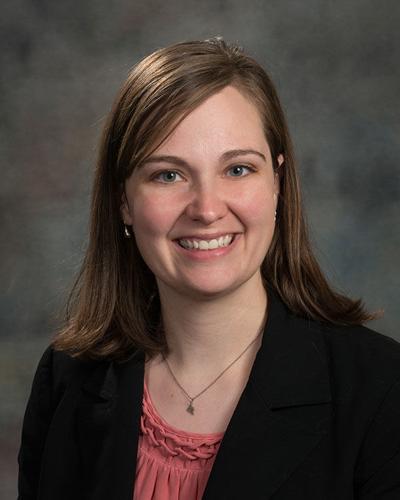 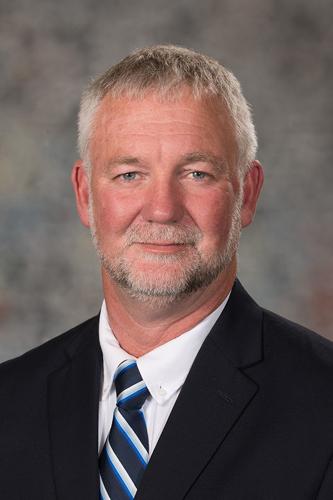 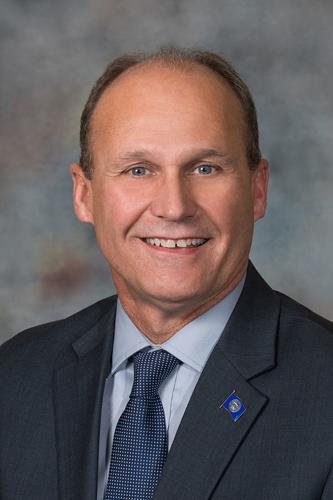