Millions of Americans in this spell of global coronavirus have holed up to work from home, many using their own computers to connect to business networks.

This can create an opening for criminals who want to exploit computer technology to obtain personal and company information. That also sets up an opportunity for security units and information technology teams to prove their defensive prowess.

“I do think that the bad guys are taking advantage of the situation,” said Andrea Childress, chief information officer at the University of Nebraska at Kearney. “The scammers are increasing and ramping up.”

Information technology companies such as Lincoln-based Five Nines and LightEdge of Des Moines say they are in demand. Blaine Kahle, Five Nines’ director of engineering, said 80% of his company’s clients have requested assistance with work from home, and the company had about 10 inquiries from potential customers in the last week.

Working on a home computer can open new ways for scammers, attackers and hackers to deceive users or get into a business network. Home computers don’t necessarily have all of the protections that a machine in the workplace would have.

The bad guys want to obtain information, such as Social Security and credit card numbers. Sometimes they want to pilfer intellectual property from companies. Some hope to shut down business systems so they can get a ransom.

Companies and city governments have been known to pay a ransom of at least several thousand dollars to regain access to their networks, Hannan said. “We don’t recommend that at all.”

These bad actors are not schlubs simply goofing around with their computers. “They are really good at what they’re doing,” said Jeff Weeks, chief information security officer for First National Bank of Omaha. “They’ve found a new target to exploit.”

That target is new at-home workers whose companies or users have hastily set them up for work, Weeks said. “That’s what they’re looking for.”

Doug Rausch, director of Bellevue University’s security program, said connecting leisure computers at home with business systems can make those systems vulnerable to viruses that might be on the home computer. The viruses can enable the hacker to access company networks and lock up portions of those networks, Rausch said.

Kate Lister, president of San Diego-based consulting firm Global Workplace Analytics, estimated that the pandemic will compel 75 million Americans to work from home, 55% of the workforce that isn’t self-employed.

Weeks said the intruders are called “black hats,” and many are based in Russia, China, North Korea and Iran.

“They’re a lot better today than they were five years ago,” he said. “It’s a cat and mouse game between the good guys and the bad guys, but I know at First National, we take it very seriously. It doesn’t keep me awake as much as it used to.”

First National employees Kaelin and Matt Schilling, a young married couple, have spent two weeks working from their apartment downtown. Besides briefly having to share a laptop and feeling cramped before they fashioned their own office niches, the transition has been OK.

It took 4½ hours working remotely with bank technical support to get Kaelin Schilling’s new laptop hooked up and ready for work. But the support staffer was patient and efficient, she said.

The couple are able to eat lunch and take afternoon walks together, so this period has had its pluses, not just its oddities. “So far, so good,” Matt Schilling said.

Michael Lechtenberger, chief information officer for Mutual of Omaha, said his company has close to 5,000 employees working from home now. That’s 90% of the company’s workforce.

Matthew Hale, associate professor of security at the University of Nebraska at Omaha, said computer users can thwart many of those with bad intentions by adhering to a simple rule. “I think people just need to be careful about who they trust,” Hale said.

First National’s Weeks said his company’s system has seven layers of intrusion prevention. Hackers don’t want to spend their time trying to break into a well-defended network, he said.

Rather, he said, they will move on to an easier target.

One defense strategy calls for the user to verify his identification through more than a user name and password, a method called multifactor authentication.

Weeks said the home worker needs up-to-date equipment with antivirus software and the latest security patches. He said First National can make sure remotely that the home computer is set up well before allowing that worker to get started.

First National employs 450 info technology employees, he said, and 42 more in security. Among those are six who sometimes present themselves on the Internet as hackers to infiltrate criminal computer organizations, he said.

No one, however, uses the word “impenetrable.”

“One of the concepts we want them to learn is to think like the attacker,” he said. Both defenders and attackers constantly improve and adapt to keep pace with their rivals.

“When you talk about security, there is nothing that is totally secure,” said Sparks, program director of Metro’s security center. “If it’s created by a human, it can be circumvented by a human.”

China evacuee is celebrating his 1st birthday under quarantine in Nebraska, but he still had a party

Neal Shepherd, his father, Tyler, and mother, Yang Meng, are among the 57 people who have been quarantined at Camp Ashland. The family celebrated Neal's first birthday Tuesday, and federal staffers who are overseeing the quarantine threw a birthday party for him.

Heather Preister had many unclaimed books after a book exchange at Norris Middle School in Millard. She and a few others distributed the books in parks and on front porches.

The evidence still is considered anecdotal, but experts in the ear, nose and throat field have begun discussing whether to add loss of smell or taste to commonly asked screening questions.

Drive-thru clinic in Omaha not taking patients yet, but organizers are offering virtual visits

A spokeswoman for the clinic said the clinic's website was up and running, but she was unsure when the drive-thru in the Canfield Plaza parking lot at 8453 West Center Road would begin seeing patients.

The Douglas County Clerk’s Office will no longer schedule in-person appointments for marriage license applications but will honor any appointments already scheduled through Friday.

A real trooper: Nebraska dad dances with daughter after coronavirus cancels her competition

The video has received more than 546,000 views on the State Patrol’s Facebook page and was also shown on CNN.

Creighton sophomore Lydia Johnson can’t go to classes anymore because of the coronavirus. Instead, the art major just steps outside her family’s Dundee home to get assignments done for her painting class. She’s thrilled a few neighbors by painting their houses and giving them her finished canvases.

With no class, teacher roommates have gotten a lot done around the house

Since they’re not in their classrooms, they’ve been organizing every space in their house, from the coffee bar to their closets. One of the biggest projects on their list? The basement.

UNMC expert: It's hard to predict, but best guess for coronavirus peak in Nebraska is late April

Dr. James Lawler, head of the Global Center for Health Security at the University of Nebraska Medical Center, said it’s difficult to predict when the coronavirus will “peak” in the state or when things might begin returning to normal. “I think we’ll know better once we have more widespread testing,” he said. “Right now, we’re guessing, we’re looking through a keyhole trying to determine what’s going on.”

An Internet speed monitor says local speeds are down. But Cox Communications and CenturyLink say they're keeping up.

While coronavirus has crippled many companies, others are booming and need more workers

The coronavirus pandemic has plunged the economy into despair, but it has also produced opportunities for some professions, businesses and industries. While many workplaces have slowed or stopped, and while unemployment has surged along with the number of COVID-19 cases, some businesses are humming with activity.

The University of Nebraska-Lincoln and a group of partners are producing ethanol-based hand sanitizer to distribute at no cost to hospitals then care facilities.

The coronavirus outbreak of 2020 has bounced one more event from the calendar.

Omaha Police Chief Todd Schmaderer said cars will be towed from city parks' parking lots and misdemeanor tickets will be issued to people in the lots and in the parks. The city's trail system remains open, although parking lots at trailheads are closed.

'Unprecedented drop in volume' at U.P. leads to 4 months of steep pay cuts

Union Pacific announced cost-cutting measures Tuesday that will affect 15% of its workforce.

A UNL professor has devised a way to contract trace for COVID-19, but he needs a public health entity to partner with him.

1623 Farnam, strategically in middle of U.S., is undergoing a $40 million renovation

A business at 1623 Farnam St. strives to become one of the premier phone and Internet connecting spots in the nation.

The settlement stems from a cyberattack on insurance giant Anthem Inc. in 2014 and 2015. 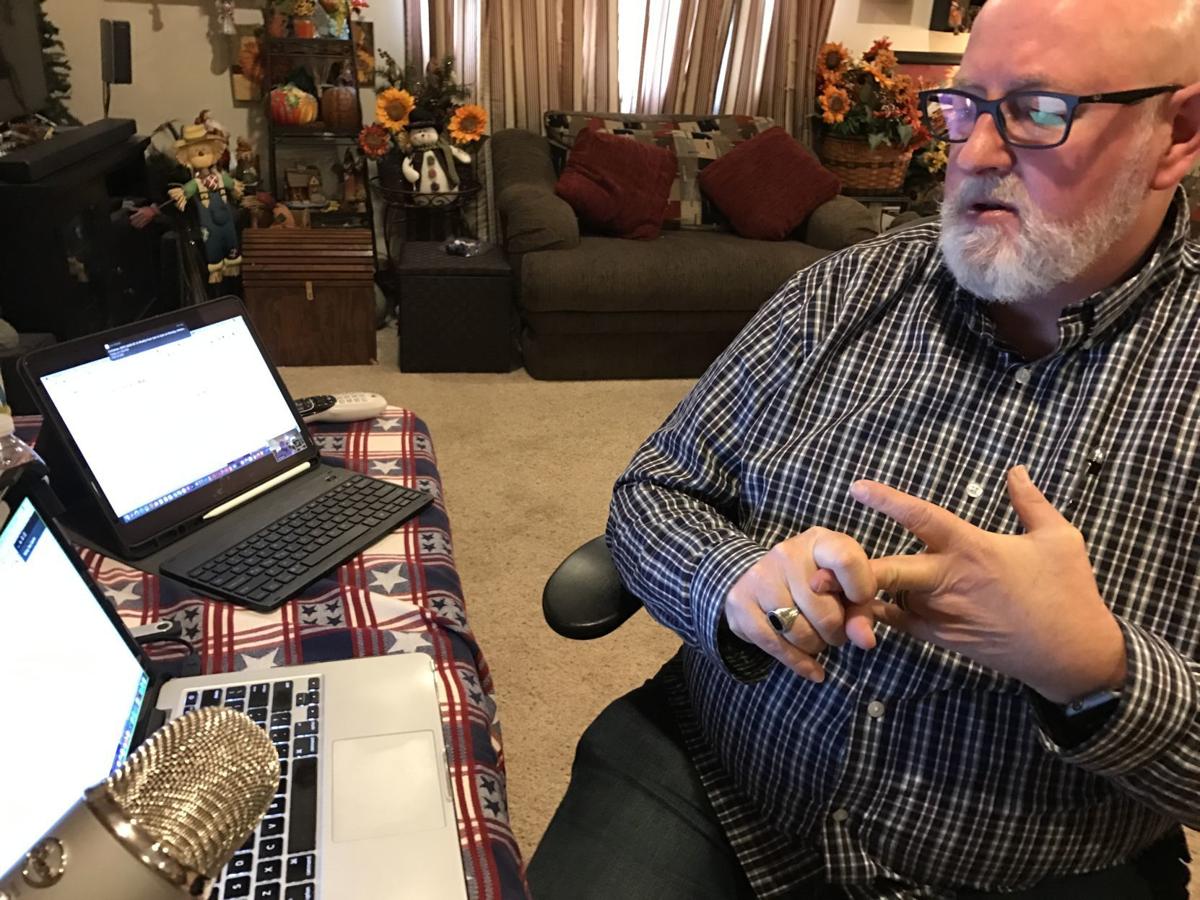 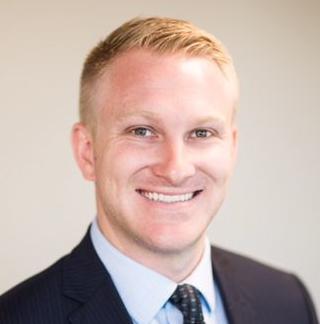 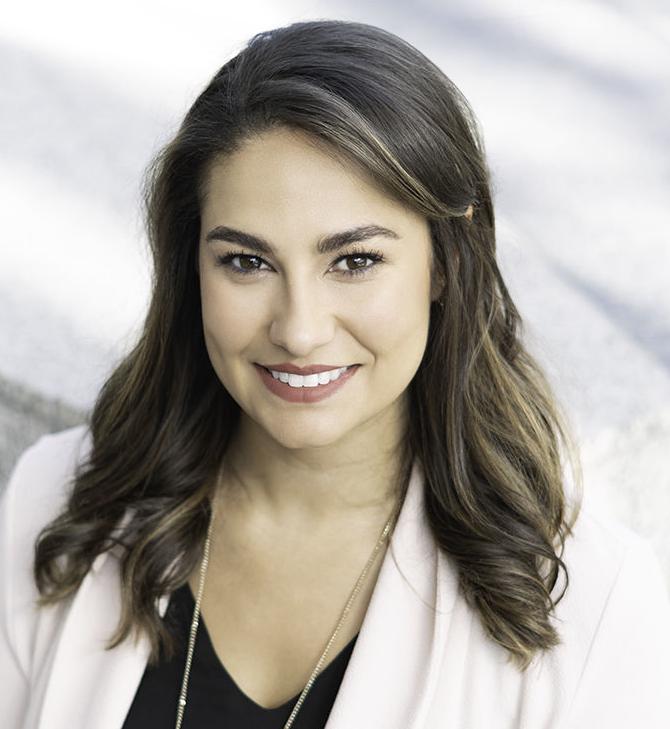