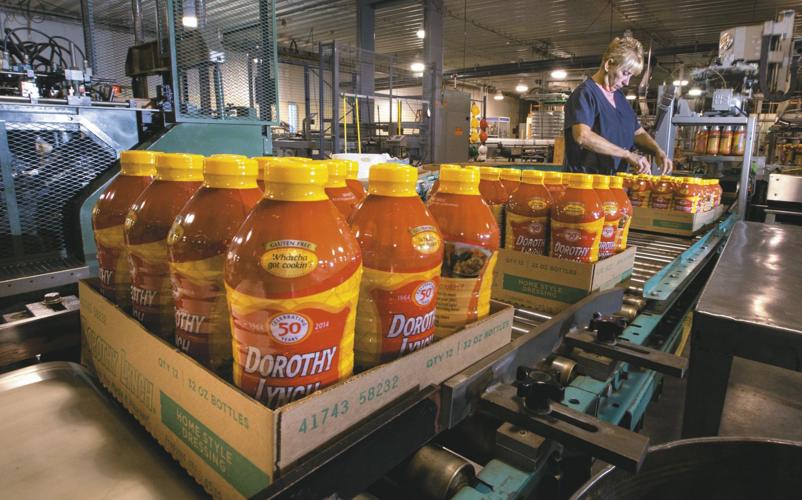 “There never would have been any Dorothy Lynch salad dressing anywhere on the market if it weren’t for my dad putting it on the market and promoting it,” said Neal Lynch's son Monty. 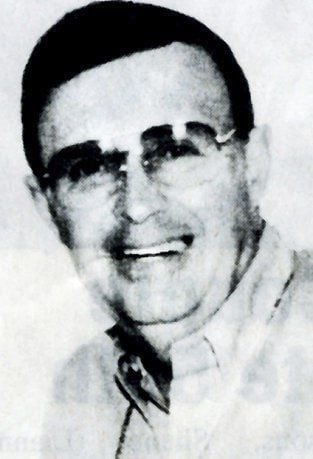 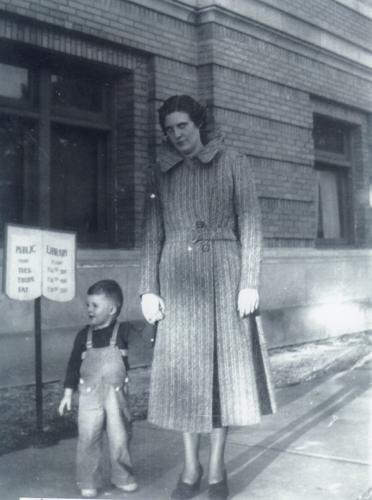 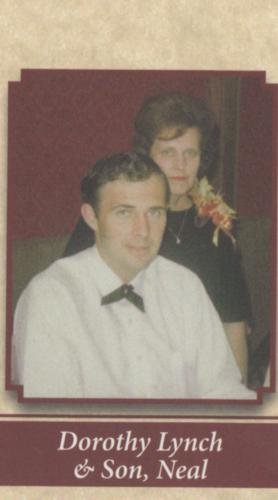 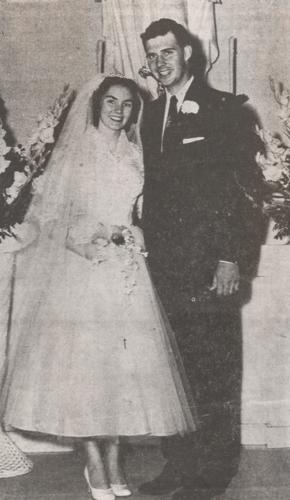 Neal Lynch married Janice (Allyn) Lynch in 1956. "My dad said he was fortunate in getting to live the American dream life with his high school sweetheart," son Monty Lynch said. 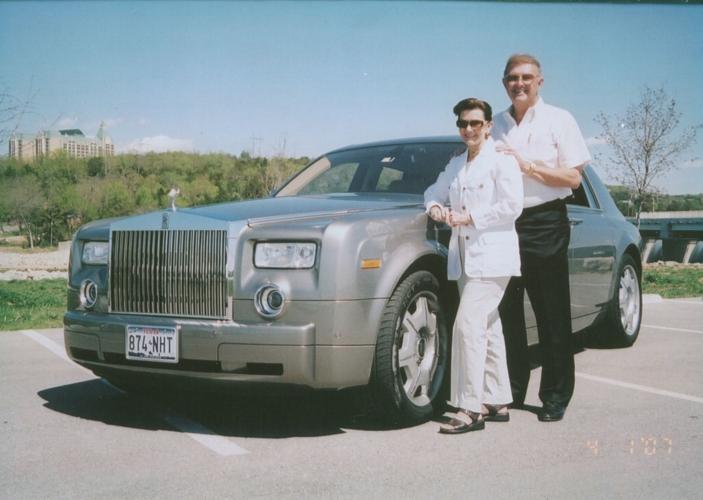 Neal Lynch "always enjoyed sampling the finer things in life," his son Monty Lynch said. He bought his first Rolls Royce when he was 29 years old. 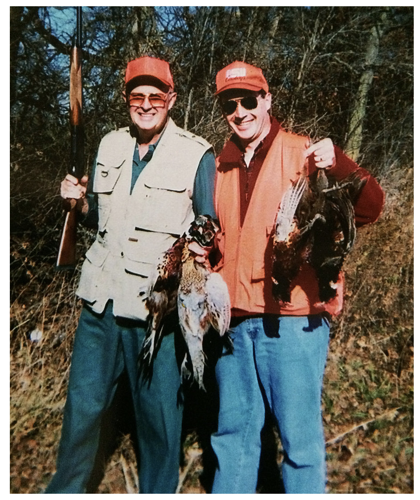 It all started with his mother, Dorothy Lynch.

That’s right. The Dorothy Lynch. The one who made the salad dressing.

But the popular, Nebraska-born product never would have made it out of Dorothy Lynch’s kitchen in the 1950s and on to grocery store shelves still today without the ingenuity of her son, Neal Lynch.

Neal grew up in St. Paul, Nebraska, where he helped his parents at their supper club that served his mother’s tomato-based salad dressing. He died Oct. 30 at 82 years old in Livingston, Montana, where he moved earlier this year to be closer to his son, Monty Lynch.

Neal Lynch was always an entrepreneur, but his most famous endeavor came when he was 18. His parents were away in Europe, and he decided to bottle and deliver his mother’s salad dressing from his parents’ basement in St. Paul.

At the time, some supper club customers would ask to buy the sweet-and-spicy dressing. But others were stealing it from the tables, Monty Lynch said, so Neal Lynch “just saw it as an opportunity.”

He removed the seats from his car to make room for the boxes of dressing, then started hand-delivering them to restaurants and grocery stores all over Nebraska. The product caught on from there.

“There never would have been any Dorothy Lynch salad dressing anywhere on the market if it weren’t for my dad putting it on the market and promoting it,” Monty Lynch said.

Today, Tasty-Toppings Inc. in Columbus, Nebraska, produces the dressing that can be bought online and in grocery stores across the country.

Even after selling rights to the product, the family received a 1 percent royalty on the sales for 50 years, for use of the Dorothy Lynch name, Monty said. As time passed, he said, the royalty checks became “quite substantial.”

Neal Lynch “had a likable personality,” Monty said, “and since he’s died, a lot of people have contacted me and told me how much they enjoyed his company and friendship over the years.”

Neal Lynch had three kids with his high school sweetheart, Janice (Allyn) Lynch, whom he married in 1956. The couple stayed in the food service business for a while and owned the Lynches’ supper club. Neal Lynch went into the oil industry after that, Monty Lynch said, which is what he was doing when he retired around 2010.

Neal Lynch loved hunting, so Monty Lynch grew to love it, too. When Monty Lynch was in high school, he trained his black Labrador retriever for a hunting show. Neal Lynch was right there with him “promoting the whole thing,” and “Duke, the Wonder Dog” was born.

“But his business cards,” which he was handing out until a week before he died, “always read, ‘Neal Lynch, Founder of Dorothy Lynch salad dressing,’ ” Monty Lynch said.

Their family’s signature salad, which started with Neal Lynch, looks like a regular salad with “whatever kind of lettuce you like,” such as iceberg or romaine. Add a few garnishes like tomatoes, sliced radishes and onions. Then top with Dorothy Lynch, blue cheese crumbles, club crackers and crunchy fried onions.

“I like French fried onions,” Monty Lynch said. “But if you put it together like that, BAM! You got a good salad.”

Monty Lynch still has his grandma’s original salad dressing recipe — the secret one without preservatives. Every once in a while, he whips up a batch for the family to enjoy.

But when he doesn’t have time, there’s always a bottle or two in the pantry.

Best of the weekend: Here are 6 stories that you don't want to miss

Here is a convenient roundup some of our best work from the last several days that's worth checking out.

A look back at some of those from the Omaha area who died in 2018.

Omaha Hebrew teacher, who escaped Nazis by fleeing through Japan, dies at 97

Music in Omaha will miss Penington, who died Nov. 21 at the age of 73.

22-year-old's life was about the journey, not the destination

Kristen Kuhn, 22, died Nov. 2 after a three-year battle with Ewing's sarcoma, but for the hundreds who gathered for her Nov. 7 funeral at St. Patrick’s Catholic Church in Gretna, her journey was far from over.

Heather Johnson, 51, died surrounded by family on Sept. 25, two days after being injured in a crash north of Glenwood, Iowa.

During World War II, while still a teenager, Jean Briggs Watters ran a "bombe" machine that decoded German military messages. She was part of the ULTRA effort that broke the German ENIGMA code — a top-secret military program that wasn't revealed until the 1970s.

Amy Sauser’s students get a bit of a panicked look on their faces when she first raises the idea of a holiday gift. After all, they’re in high school and those days of teacher presents are behind them.

Pat Peterson, known for his involvement in veterans groups, dies at 70

Peterson died Monday at the Nebraska Medical Center after suffering a cerebral hemorrhage.

In his final months, despite numerous radiation and chemotherapy treatments, coach Dennis Mailliard couldn’t stay away from the athletic field.

She hosted the preschool program after a three-year stint on Des Moines' version of the show in the late '50s. She also appeared on educational shows on NET.

“There never would have been any Dorothy Lynch salad dressing anywhere on the market if it weren’t for my dad putting it on the market and promoting it,” said Neal Lynch's son Monty. 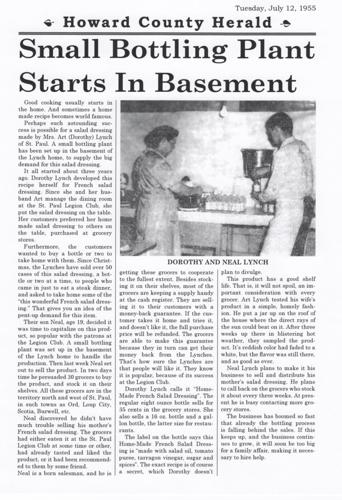 An article from the Howard County Herald in 1955 featured a picture of Neal Lynch making salad dressing with his mother, Dorothy Lynch.

Neal Lynch married Janice (Allyn) Lynch in 1956. "My dad said he was fortunate in getting to live the American dream life with his high school sweetheart," son Monty Lynch said.

Neal Lynch "always enjoyed sampling the finer things in life," his son Monty Lynch said. He bought his first Rolls Royce when he was 29 years old. 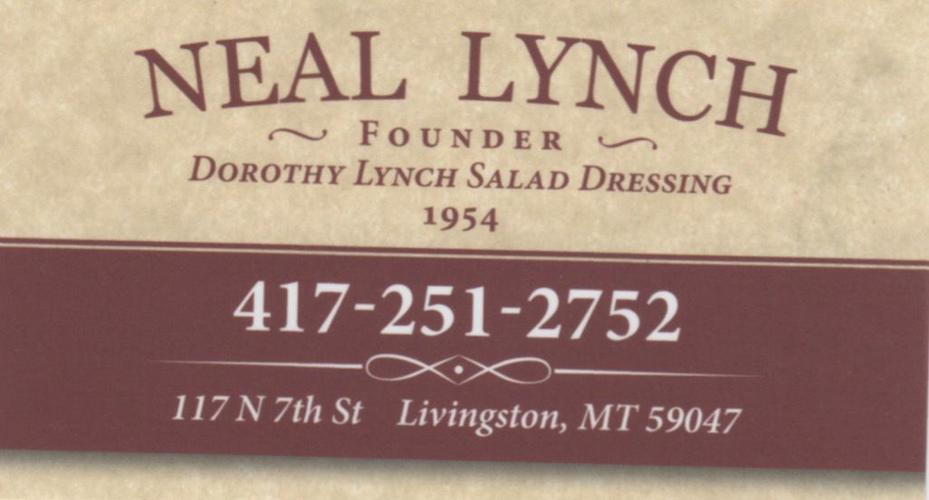 Neal Lynch handed out his business cards, which read, "Neal Lynch, founder of Dorothy Lynch salad dressing," until a week before he died.