The Cargill beef plant west of Schuyler has started to close and aims to reopen around May 18. 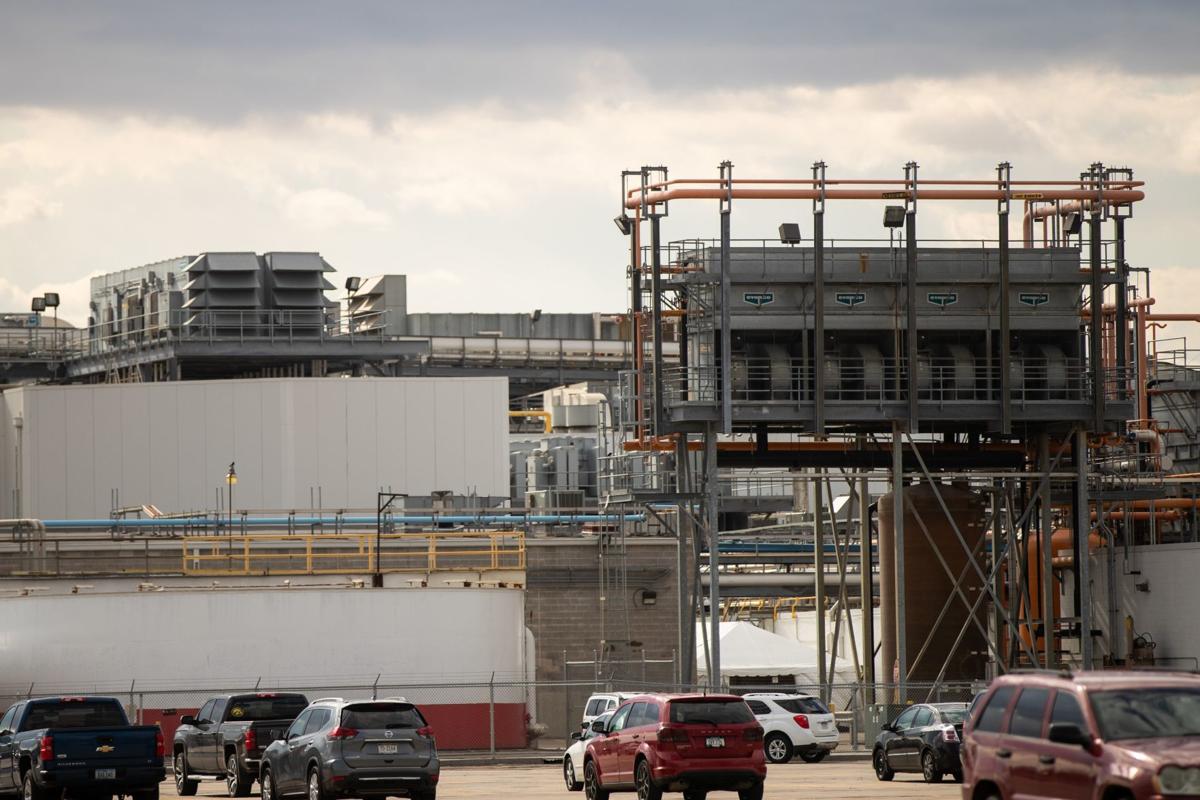 The Tyson beef plant in Dakota City. A South Sioux City woman in her 60s who died Friday worked at the plant. 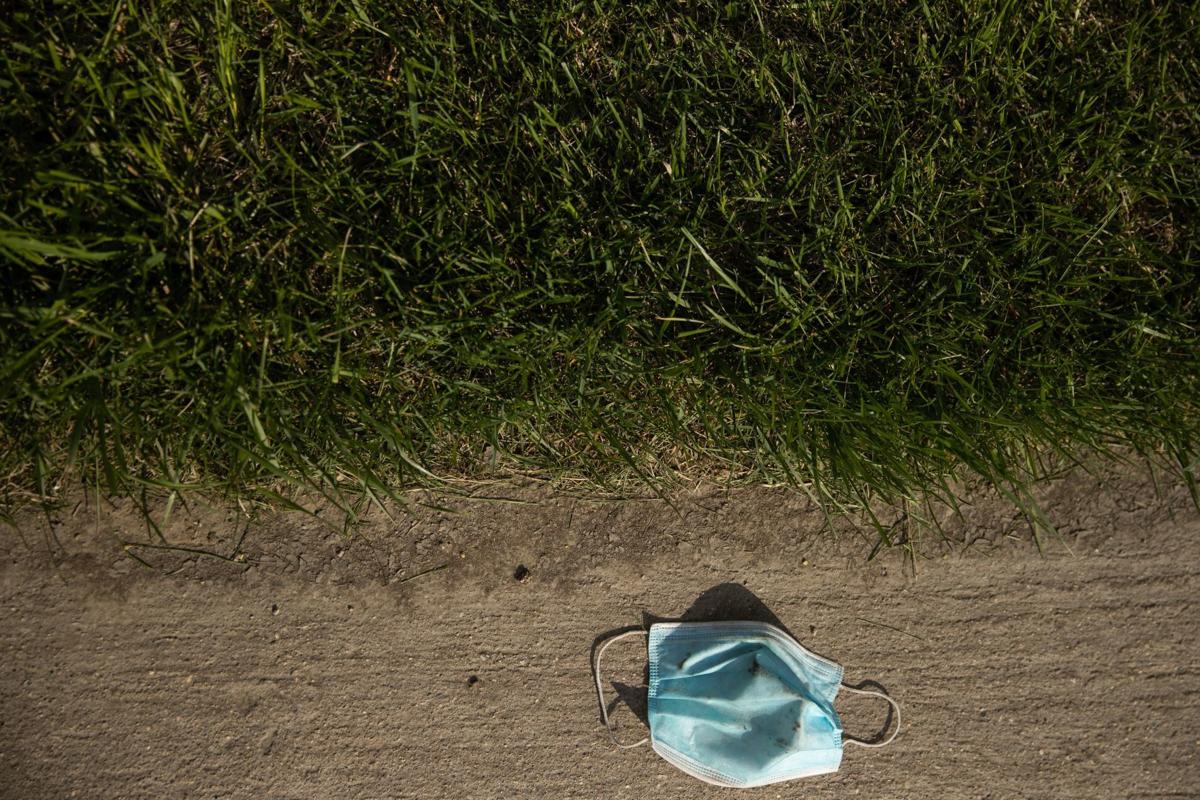 A discarded face mask outside the Tyson Foods beef plant in Dakota City, Nebraska, which briefly closed for deep cleaning. 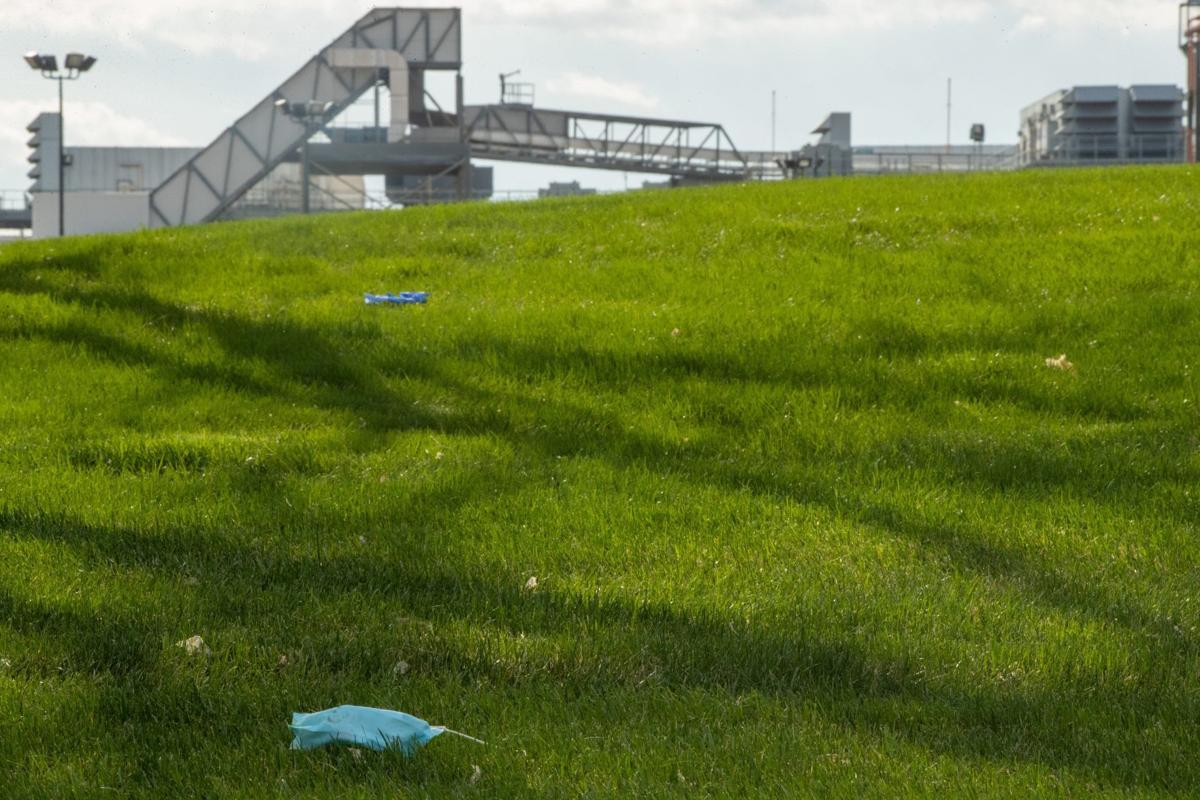 Discarded face masks outside the Tyson Foods beef plant in Dakota City, Nebraska. Dakota County is one of the state's coronavirus hot spots.

The coronavirus is proving a deadly and disruptive foe of Nebraska’s meatpacking industry, as workers continue to fall ill and two more plants announced Monday that they would temporarily close.

The bad news stretched across northeast Nebraska, from Fremont to Madison to Dakota County.

First, the Lincoln Premium Poultry plant in Fremont, which carves up and churns out more than 1 million chickens a week for Costco, announced the death of a worker who had contracted the coronavirus.

Then, a Tyson pork plant in Madison, south of Norfolk, and a Cargill beef plant in Schuyler, west of Fremont, announced that they would temporarily shut down production to deep clean — and, in the case of Tyson, await the results of workers who had been tested for the coronavirus last weekend.

And in Dakota County, along the Missouri River, a local imam said a South Sioux City woman in her 60s who died Friday was a worker at the Dakota City Tyson plant who became desperately ill with the coronavirus last week.

Even as some salons and restaurants cautiously begin to reopen in Omaha and other areas less affected by the coronavirus, meat plants and their surrounding communities — including Grand Island, Lexington and Dakota City — continue to be hammered.

Workers are staying home, either because they’re already ill or they fear catching the coronavirus. And now three meat processing plants in Nebraska — the Tyson plant in Dakota City that employs 4,300 people, the Tyson plant in Madison and the Cargill plant in Schuyler — have voluntarily closed in the last week as they scramble to contain outbreaks. The plants are the largest employers in each town.

Numbers released by the Centers for Disease Control and Prevention on Friday offered a snapshot of how the coronavirus has hit the meat industry. Nationally, 4,913 meatpacking workers in 115 facilities tested positive in April, or about 3% of the 130,000 workers in those plants. At least 20 had died.

In Nebraska, almost 600 workers across 12 meatpacking plants tested positive, with at least one death. Again, that was roughly 3% of the 20,000 workers employed by those 12 plants.

In Iowa, 377 workers in just two plants tested positive, or 18.2% of those plants’ workforce.

The CDC numbers are the first accounting of the meatpacking impact, albeit a partial one. They covered only from April 9 through April 27, and not all states reported. In addition, the number of infections may be a reflection of how many workers were actually tested for the virus.

Similar to coronavirus outbreaks seen in homeless shelters, prisons, hospitals and nursing homes, the close-quarters work and crowded conditions involved in the slaughtering, slicing and packaging of meat seem to allow the virus to spread more easily, the CDC said. But it’s still unclear whether workers who are falling ill caught the virus at work or out in the community.

The Lincoln Premium Poultry worker, whose age was not provided, had an underlying health condition worsened by the coronavirus, a spokeswoman for the chicken processing plant said.

“We are heartbroken to learn that we lost a team member and are working to assist the family as they sort through the next steps,” spokeswoman Jessica Kolterman said.

The employee hadn’t been to work since April 17 after asking to stay home because of the health condition. The company learned that the worker had tested positive for the virus on Thursday.

Twenty-eight workers have tested positive for the coronavirus at the plant, where roughly 1,100 people work. Thirty-nine staffers have tested negative.

The South Sioux City woman who died was originally from Ethiopia, said Ahmad Mohammad, the imam and president of the Islamic Center of Siouxland. She had been recovering at home, but her breathing became labored, and she was taken to a local hospital. She died shortly after.

"It can get really bad, and people don't realize it," he said.

Mohammad was both mournful and practical. At least the Islamic Center had bought up a number of gravesites in a local cemetery last year, sparing families one piece of funeral costs.

Tyson officials did not respond to a request for comment about the woman's death. The Sioux City Journal has reported that two other workers at that Tyson plant have died.

The Madison and Schuyler plant closures will affect more than 3,000 workers and will likely slow the ability to slaughter and process hogs and cattle. A Tyson official said that the Madison plant is its western-most pork plant and that it will be difficult to reroute those animals to other locations.

About 1,200 people work in the Madison plant, and as of last Thursday, 96 workers there had tested positive. Production was slowed on Friday and Saturday, and plant operators arranged for an estimated 1,500 workers, contractors and vendors to be swabbed in mass COVID-19 testing events over the weekend, the Elkhorn Logan Valley Public Health Department said.

Most results are expected back Wednesday or Thursday. In the meantime, the plant will be deep cleaned and sanitized.

“Our plant will remain out of operation until those samples and tests are returned and we’re able to put together a plan that makes sense for us to proceed further,” Steve Stouffer, group president of Tyson Fresh Meats, said at a press conference with officials from Norfolk, the East-Central District Health Department and others Monday afternoon.

It’s not known how many workers have tested positive at the Cargill plant in Schuyler, which employs 2,200 people, but the number of confirmed cases in Colfax County and neighboring Platte County, where Columbus is located, has soared over the last two weeks.

"There is no hiding the fact that Colfax County, and Schuyler in particular, has seen a rapid growth of positive tests," Schuyler Mayor Jon Knutson wrote in an email. "Our local medical facilities had few test kits, swabs, etc. until April 24. The county and city put out a message Friday, saying this is not the time to relax restrictions in our community."

“As we continue to prioritize the health and safety of Cargill employees, we have decided to temporarily idle our Schuyler protein facility,” Jon Nash, the North American lead for Cargill Protein, said in a statement. “This was a difficult decision for our team as we operate an essential service, but our values are guiding our actions. Our focus now is continuing to keep our employees safe and getting our facility back to normal operations as soon as we can.”

The plant began to shut down Monday, with the goal of reopening sometime around May 18. Employees are encouraged to be tested, and will be paid for 36 hours of work as outlined in their union contract.

“To prevent food waste, we will process nearly 8 million meals worth of protein currently in our facility as quickly as possible,” Nash said. “We greatly appreciate our employees who are working to complete this effort.”

The CDC recommends installing dividers or barriers between workers, requiring all workers to wear masks and slowing down production so workers can space out.

Representatives of several companies have said plants are checking temperatures when workers walk in, putting up dividers in cafeterias and urging workers to stay home if they feel even the slightest bit sick.

Omaha restaurants can open, but many are keeping dining rooms closed. Here's why

Citing safety concerns, the growing number of COVID-19 cases and other issues, some restaurant owners are holding off.

The drive-thru sites are the first to open under the TestNebraska initiative launched two weeks ago by Gov. Pete Ricketts.

Six people associated with the Open Door Mission, a mix of staff members and homeless people, tested positive for the novel coronavirus, the head of the homeless shelter said Monday.

Law enforcement officers responded Sunday night to calls about a large crowd in the 331-acre park near Gretna.

No Internet? No way for now to sign up for TestNebraska

The state's $27 million contract to boost testing relies on the Internet for screening for now.

Gov. Ricketts may go to a restaurant this week but urges others to make own decisions

Ricketts said people should do what they're comfortable with, although individuals who fall into high-risk categories should avoid going out to eat around other diners.

The Nebraska numbers released by the CDC may be low — a source told the Sioux City Journal, for example, that 669 workers at the Dakota City plant alone had tested positive, more than the 588 cases counted by the CDC for the entire state of Nebraska.

Omaha-based Green Plains Inc. on Monday reported a loss of $16.4 million in its first quarter.

Drive-thru testing sites have opened in Omaha and Grand Island, Nebraska is trying to recruit young, healthy people to work at the polls next week, and more news to start your day.

Viengxay Khuninh worked on the production line at the plant for 37 years.

Grocery stores may be limiting meat sales, but there's no need to panic-buy just yet

Des Moines-based Hy-Vee announced Tuesday that customers would be restricted to four packages of meat — any combination of beef, pork and poultry — starting Wednesday.

The Iowa Department of Public Health revealed for the first time that the state's largest workplace outbreak has been at the Tyson plant in Perry in central Iowa. There, 730 workers were confirmed to have the virus, or 58 percent of those tested, the department said.

'I'm scared to return': Nebraska meatpacking workers and their families speak out

The meatpacking industry has historically relied on foreign-born workers — from people in the country illegally to refugees — for some of America's most dangerous jobs.

Since 1880s, immigrant labor has fueled meatpacking industry in Nebraska

The Cargill beef plant west of Schuyler has started to close and aims to reopen around May 18.

The Tyson beef plant in Dakota City. A South Sioux City woman in her 60s who died Friday worked at the plant.

A discarded face mask outside the Tyson Foods beef plant in Dakota City, Nebraska, which briefly closed for deep cleaning.

Discarded face masks outside the Tyson Foods beef plant in Dakota City, Nebraska. Dakota County is one of the state's coronavirus hot spots.