YORK, Neb. — She sat down in court Friday, took a trembling breath and gave an unimaginable accounting of loss to the man responsible for it.

Almost 30 years ago, Sharon Hanke’s 12-year-old sister, Sacha, was shot to death in her family’s farm home near Henderson. The revolver was wielded by her 14-year-old brother, Sydney.

The killing destroyed her family. Her siblings’ lives remain in shambles. Her parents, in hiding.

“How do you even wrap your head around the betrayal and the hurt of someone that you loved for years slaughtering your sister,” Hanke said through tears. “It makes you question your very existence and the trust of everyone around you.”

Sydney Thieszen sat across the courtroom, his eyes cast toward shackles around his wrists. Later, he stood and tried to explain the burden he has carried for 30 years in a prison cell.

“There’s not a day that goes by in my life that I don’t feel sorrow and remorse for what I did, taking the life of a precious little girl,” he said.

The two took turns speaking Friday in a York courtroom as Thieszen, now 44, asked for a reduction in his life prison sentence. He won the chance because of a 2012 U.S. Supreme Court ruling that said juveniles who kill cannot receive mandatory life terms.

York County District Judge James Stecker agreed to reduce Thieszen’s sentence to 70 years to life. It gives Thieszen hope for parole after about nine years, a possibility that did not exist under his former sentence.

But the court flatly rejected Thieszen’s request for 40 years to something less than life.

“The crime was violent, brutal and utterly senseless,” the judge said.

The judge also expressed skepticism regarding Thieszen’s explanation of the killing: that he acted in a fit of panic after his sister threatened to call the police to thwart Thieszen from running away. Evidence showed that Thieszen admitted to investigators he had been thinking of killing his family and he had purchased a box of .22-caliber ammunition in the weeks before the shooting.

After the hearing, Thieszen’s lawyer, Jeff Pickens of the Nebraska Commission on Public Advocacy, said his client will appeal the decision as a “de facto life sentence.”

Corey O’Brien with the Nebraska Attorney General’s Office acknowledged that the defendant suffered horrific abuse during his first years of life, before he was taken in as a foster child and eventually adopted by the Thieszen family.

Abuse, however, does not excuse murder, O’Brien said.

“There are thousands of kids who come from situations much worse than what Sydney came from and they choose not to murder,” he said.

O’Brien asked the judge to give Thieszen not less than 80 years in prison. Afterward, he said the judge’s decision of 70 years to life was “just.”

The judge also left intact the original sentence of six to 20 years for a weapons conviction. Under the state’s good-time law, which cuts prison terms roughly in half, Thieszen would be eligible for parole after serving a little more than 38 years.

But if he does receive parole, he would remain under state supervision for the rest of his life.

In December, the Nebraska Supreme Court determined that Thieszen was entitled to a new sentence, citing the Supreme Court ruling that struck down laws requiring mandatory life terms for juveniles convicted of murder.

Nebraska had such a law on the books when Thieszen and 26 other juvenile killers were convicted. That law has since been replaced with one that requires judges to consider prison terms ranging from 40 years to life for juveniles convicted of first-degree murder.

In the case known as Miller v. Alabama, the U.S. Supreme Court determined that advances in brain research have shown that mental capacity does not fully develop until a person’s mid-20s. As a result, children have an “underdeveloped sense of responsibility, leading to recklessness, impulsivity and heedless risk-taking.”

The court also said that with treatment and education, juvenile offenders have a better chance at successful rehabilitation. For those reasons, laws that prevent judges from considering such factors when sentencing juveniles violate the Eighth Amendment’s ban on cruel and unusual punishment.

With the resolution of Thieszen’s case, all but three of the juvenile killers in Nebraska who were given mandatory life terms have received new sentences, although most of those will not get out until they are retirement age. Several have obtained their releases or been paroled.

The Supreme Court has more recently said juveniles also cannot be given life terms unless the sentencing judge made a finding that the defendant is “irreparably corrupt.”

Thieszen has amassed more than 200 misconduct reports during his incarceration, but none has involved a violent act. Most are for using drugs or violating rules that wouldn’t result in tickets on the outside.

He is considered a low risk to reoffend by the psychologists who have interviewed him. He scored a 35 on the prison’s custody rating; it takes a 30 to qualify for work release, Pickens said. Prison evaluators have said he doesn’t need substance-abuse treatment or anger-management training.

He has a network of close friends who will help him on the outside, Pickens said. He would not try to return to York County where, judging by the letters sent to the judge, he is still regarded as a threat.

“Regardless of what happens here today, the rest of my life will be spent expressing my remorse for what I did through the constant efforts to add to the lives of those around me,” he told the judge.

But his sister said she never heard him express remorse before Friday. Although the family cut off contact with him after his arrest and conviction, in the years since he has never sent a letter asking for forgiveness.

His words mean less than nothing to her now, she said.

During her statement, Hanke wanted Thieszen to know something he probably never considered: She was the one who had to clean up the blood in the bathroom where their sister died after having been shot three times.

“Do you know what that does to a person?” she asked. “That is something I’ll never recover from.”

LINCOLN — The Nebraska Supreme Court has upheld a long prison term for a man who was a teenager when he participated in the kidnapping, rape a… 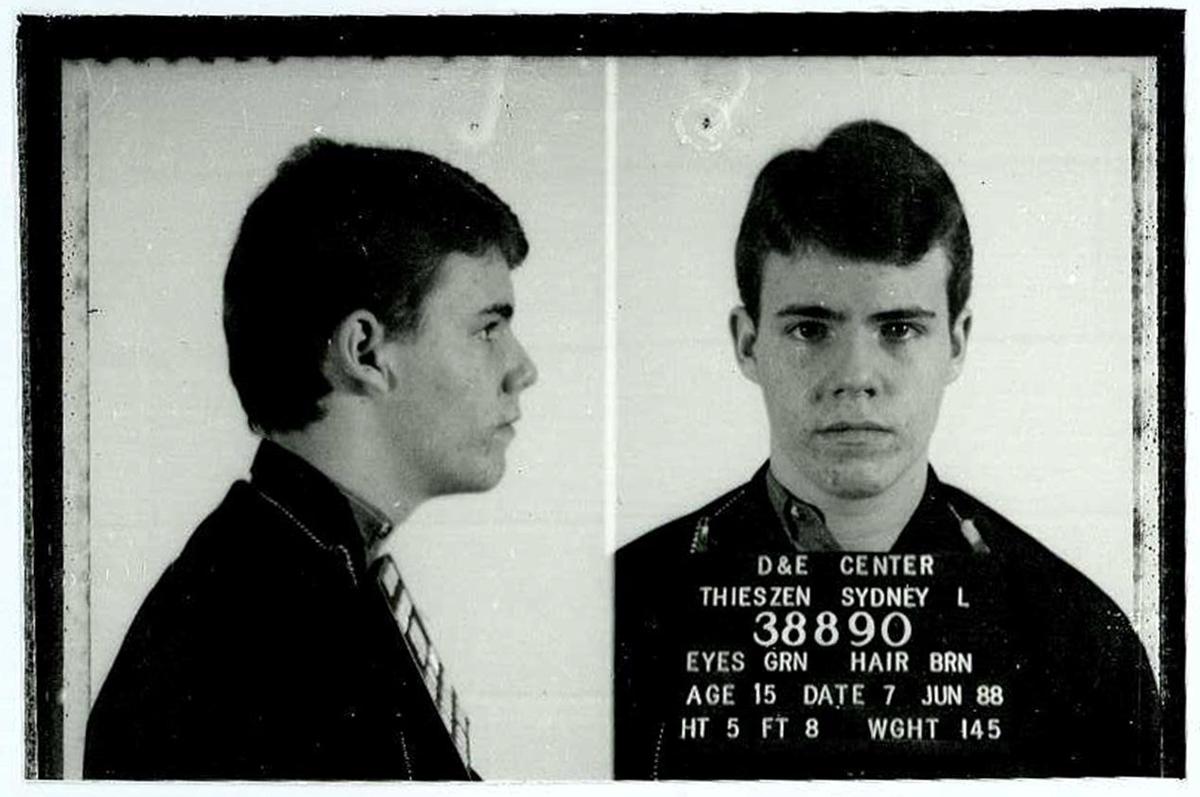