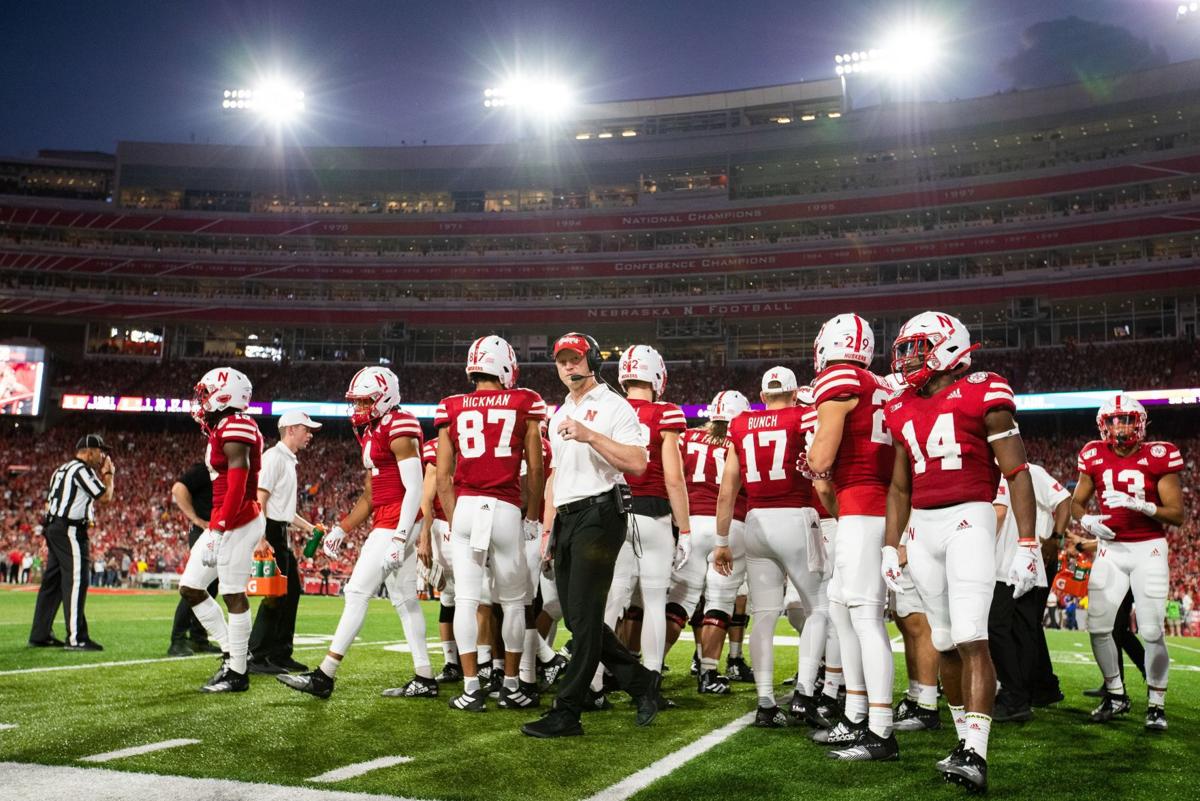 The Legislature’s Business and Labor Committee held a hearing Monday on a bill that would let college players sign sponsorship deals or hire an agent without being penalized. Two former Huskers — football player Jeremiah Sirles and basketball player Isaiah Roby — offered their support for the bill. 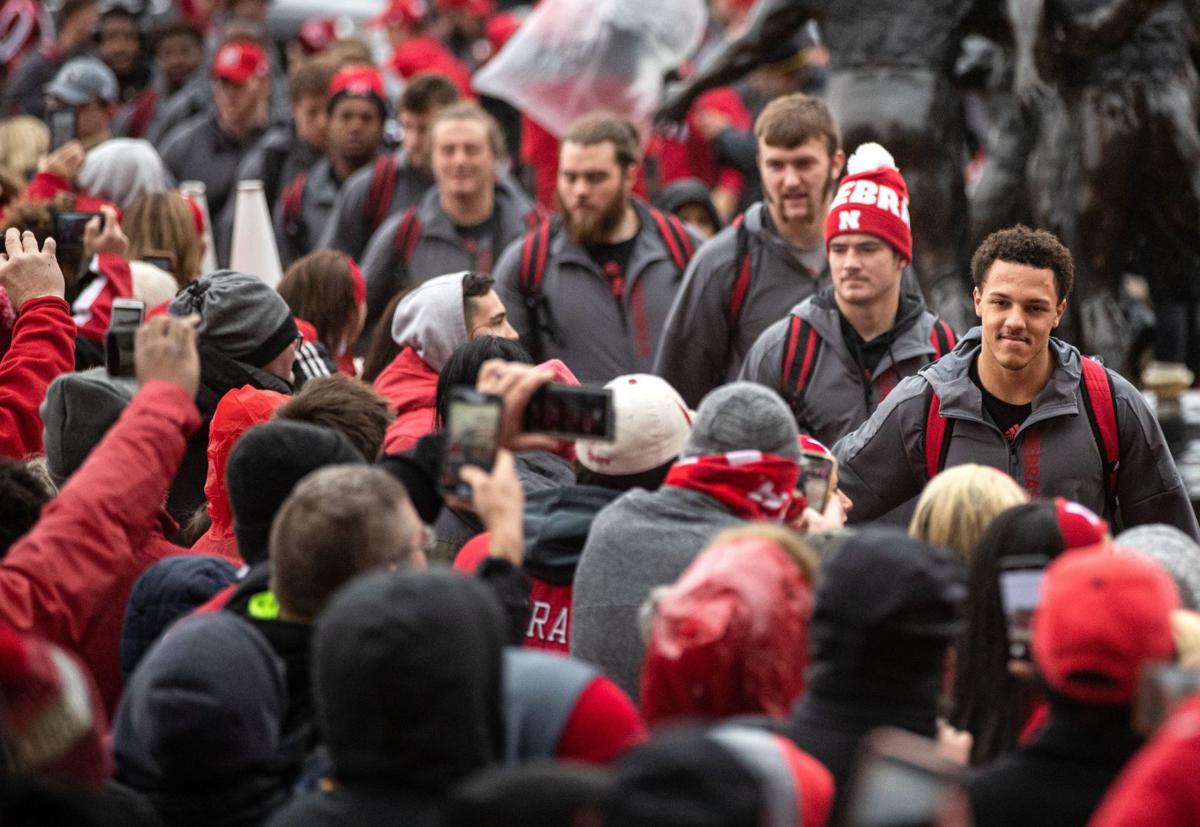 “Football is a revenue generator,” State Sen. Ernie Chambers said in support of a bill that would let college athletes be paid for their name, image or likeness. “It’s not an extracurricular activity for some big old boys to get together and knock heads. It’s a multibillion-dollar, high-octane entertainment business.”

Nebraska student-athletes could sign an endorsement deal with a clothing company, promote a line of protein shakes on Instagram or get paid for appearing at a youth sports camp under a bill before the Legislature.

California passed similar legislation last fall, and at least 20 other states are considering bills that would let student-athletes get a slice of the $14 billion college athletics industry amid a fierce debate over whether players should be paid.

The Legislature’s Business and Labor Committee held a hearing Monday on the bill, which was introduced by State Sen. Megan Hunt of Omaha.

The bill would not require colleges or universities to pay student-athletes but would allow players to ink sponsorship deals or hire an agent without being penalized by losing their athletic scholarship or amateur status under National Collegiate Athletic Association rules.

“LB 962 is about the right of every student to work, to participate in the free market and to have the same freedoms as their peers,” Hunt said. “Student-athletes are the only college students prohibited from earning an income from their skills and talents.”

She pointed to the earning potential of not just hot Husker football players, but also athletes like Nebraska volleyball player Lexi Sun, who has 63,000 followers on Instagram.

If passed, the bill wouldn’t go into effect until June 2023, giving colleges and athletes time to adjust. But Hunt said that date could be moved up if regulations change on the federal or NCAA level.

After the California bill was signed, the NCAA’s board of governors voted unanimously to allow students to benefit from their name, image and likeness, but how exactly that would work hasn’t been hammered out yet.

Representatives from the University of Nebraska-Lincoln and Creighton University took a neutral stance on the bill. In testimony and a letter submitted to the committee, both said they would favor a national approach to the issue for the sake of consistency and fairness.

“Because we compete and recruit students on a national level, we believe that all universities should abide by the same set of rules,” said Garrett Klassy, UNL’s senior deputy athletic director for external relations. “Currently, the university is actively involved in conversations with the Big Ten Conference, the NCAA and Congress to find a federal solution to the name-image-likeness issue.”

Nebraska coaches John Cook and Scott Frost have previously expressed some reservations about how such a compensation system would work.

Proponents of the bill included Sirles, who played in the NFL for several years, Roby, an NBA player with the Oklahoma City Thunder, and State Sen. Ernie Chambers of Omaha, who has been pushing for compensation for college athletes since the early 1980s.

“Football is a revenue generator,” Chambers said. “It’s not an extracurricular activity for some big old boys to get together and knock heads. It’s a multibillion-dollar, high-octane entertainment business. It is a business, and the workers are not to be paid.”

Sirles said allowing players to earn side deals could give Nebraska a recruiting edge.

“Nebraska needs all the help it can get right now, let’s be honest,” he said to laughter.

In a submitted letter, Roby said some people think that scholarships and stipends for student-athletes should be enough.

“People forget we’re also college students and go through unexpected problems and circumstances, whether it be car or house problems, family emergencies, etc.,” Roby wrote. “While I was in college, there would be times where I would send some of my monthly income back home to family in order to help out.”

Several members of the committee said they worried about the corrupting influence of sponsors and agents on college athletes.

Sen. Julie Slama of Peru asked if colleges should be able to take into account pay earned through branding deals when awarding scholarships, or if colleges could sidestep scholarship limits set by the NCAA by letting boosters or advertisers pay players indirectly.

“Right now, there’s nothing in this bill that stops institutions from going out and coordinating these deals for the players,” Slama said.

Another question from the committee focused on deals that might conflict with a college’s image or ideals — what if an athlete agreed to be the public face for a casino, a pharmaceutical product or a gun manufacturer?

Ramogi Huma, the executive director of the National College Players Association, said money already flows in college sports — it’s just not ending up in the hands of the players. Boosters and donors contribute or raise money to build world-class training facilities or recruit top coaches.

“The money is already there influencing the same exact people,” he said.

State senator says her bill would allow college athletes to contract with agents and earn money from their name, image and likeness.

The Wild West or a regulated market? The realities of potential college athlete compensation

There's a debate gaining steam after California passed a law last week opening the door for college athletes to profit off their name, image and likeness.

Chambers finally sees the NCAA inching toward dramatic reform after passage of a California law permitting athletes to profit from their name, image and likeness.

As debate rages on paying college athletes, Husker coaches warn of 'chaos' and a 'slippery slope'

Nebraska coaches John Cook and Scott Frost believe the new law signed Monday in California, which would allow college athletes to hire agents and profit from endorsements, is a slippery slope for amateur athletics.

Shatel: So you want to pay college athletes for endorsements? Great idea. But I have questions

Did the compensation floodgates open for college athletes on Monday? Not yet. But it’s a start.

Nebraska kicker Dylan Jorgensen announced on Tuesday he was entering the transfer portal.

A proposal that could lead to increasing the size of the Legislature from the current 49 senators to up to 55 ran into some pushback Tuesday. Several senators said that adding up to six new senators would be costly and that there were better ways to improve the quality of representation.

For the first time in decades, Nebraska won’t add any recruits on February’s signing date.

Call it another consensus top-25 recruiting class for Nebraska.

The Huskers have lost seven straight games. Will the skid stop against the Hawkeyes?

To get Huskers to stop opponents' runs, Fred Hoiberg makes them run and run and run

Nebraska has fallen behind by 14 points or more in seven straight games.

No. 17 Iowa gets revenge, handing Nebraska basketball worst loss of the season

No. 17 Iowa never trailed and left no doubt in a revenge win over Nebraska on Saturday night.

The Huskers are already hurting, and could be without two starters at No. 9 Maryland

Dachon Burke has the flu, and Haanif Cheatham is dealing with a calf contusion.

The losing streak is now at eight games. Can Nebraska pull off an upset against the Big Ten's best team? Here's a preview of the matchup.

Former Husker coach Tom Osborne said gambling pollutes sports in the state and threatens to degrade what he described as a family-friendly fan base.

A proposal aimed at easing property taxes by nearly $600 million over three years cleared the Revenue Committee on a 6-2 split vote Wednesday, after being amended to reduce its price tag.

Laws being proposed — and passed — in statehouses around the country that would allow all NCAA athletes to profit off of their personal brand have forced the hand of every athletic director and commissioner. Big Ten bigwigs, meanwhile, were meeting to make sure that, if there’s a green light for NIL, the league isn’t behind the curve.

At least 20 other states are considering bills to let student-athletes get a slice of the $14 billion college athletics industry.

Six months ago, Nebraska football coach Scott Frost wasn’t so sure that legislative bills and social movements to compensate college student-athletes for their name, image and likeness were a good idea. But on Monday he said, “I think that NIL decisions will benefit us greatly."

Nebraska partners with Opendorse to create the 'first-ever' name, image and likeness program

The Huskers are partnering with Opendorse — founded by two former Nebraska football players — to create the Ready Now program and “provide its student-athletes with the best possible readiness tools.”

NCAA moves toward allowing NIL compensation, and Huskers are already 'ahead of the curve'

The opportunity for college athletes to make money endorsing products with their name, image and likeness appears only one year away.

The Legislature’s Business and Labor Committee held a hearing Monday on a bill that would let college players sign sponsorship deals or hire an agent without being penalized. Two former Huskers — football player Jeremiah Sirles and basketball player Isaiah Roby — offered their support for the bill. 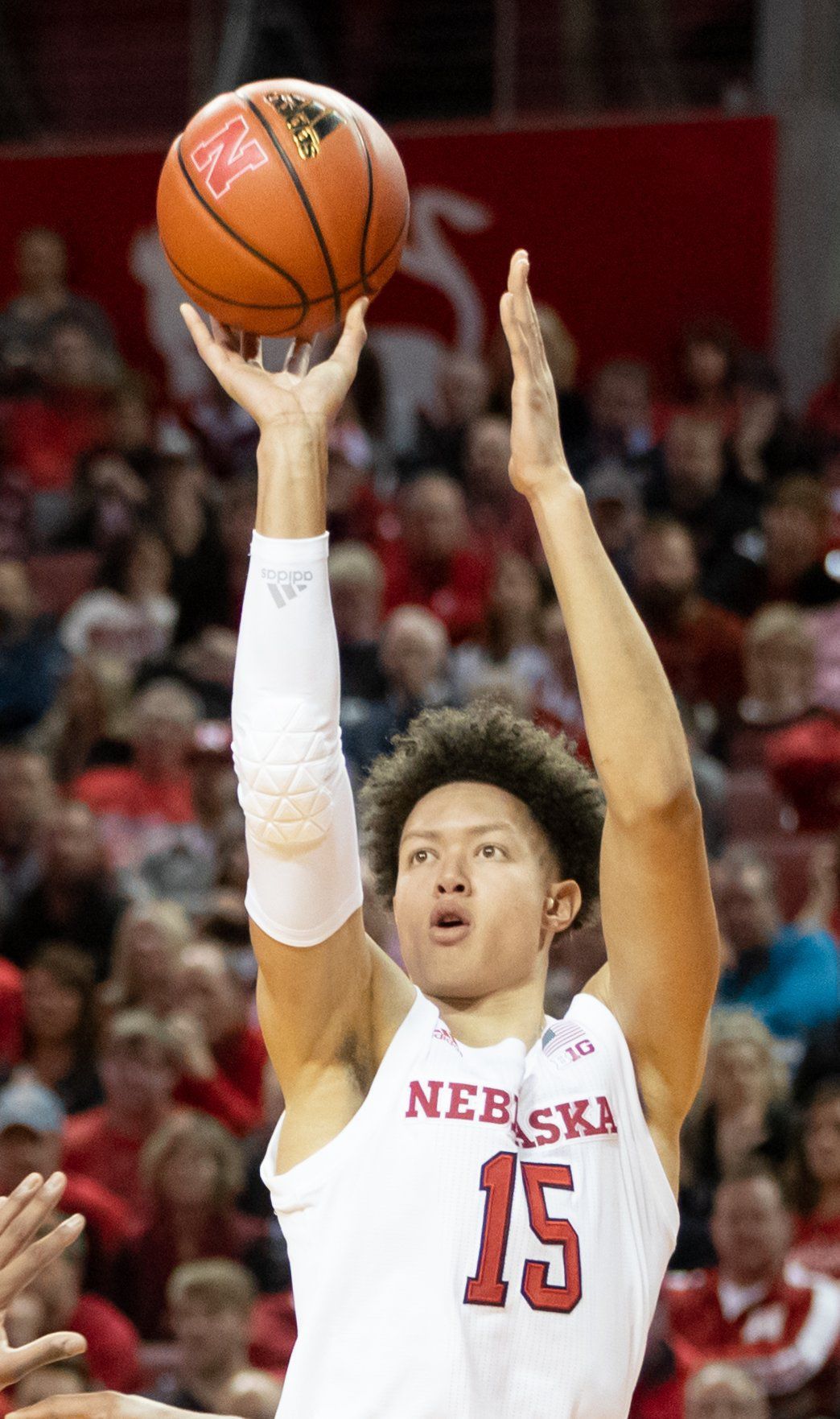 “Football is a revenue generator,” State Sen. Ernie Chambers said in support of a bill that would let college athletes be paid for their name, image or likeness. “It’s not an extracurricular activity for some big old boys to get together and knock heads. It’s a multibillion-dollar, high-octane entertainment business.” 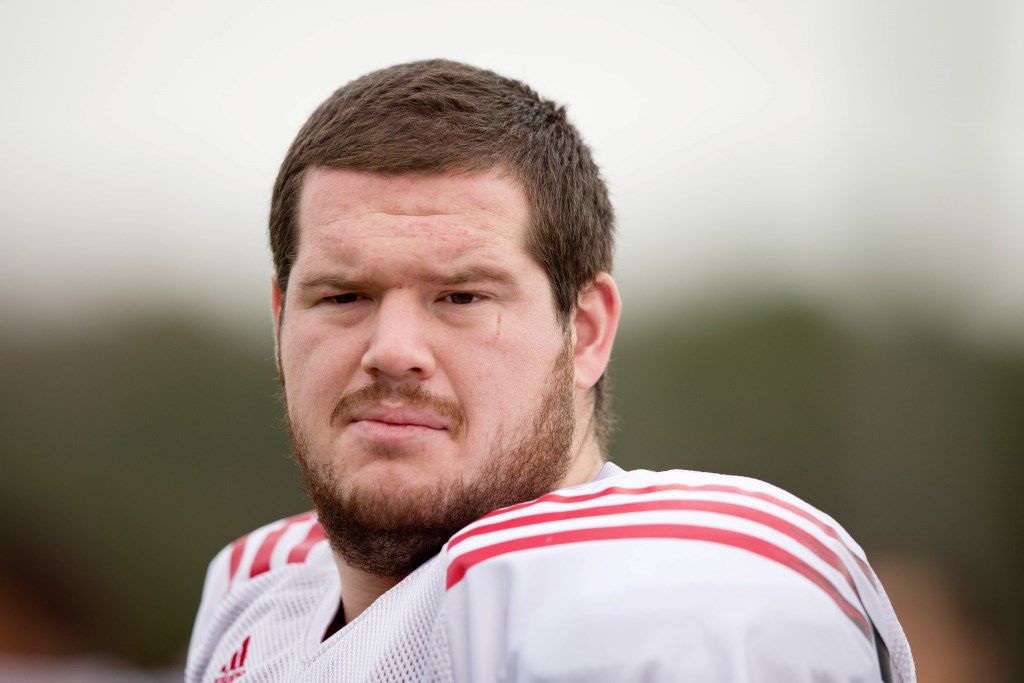 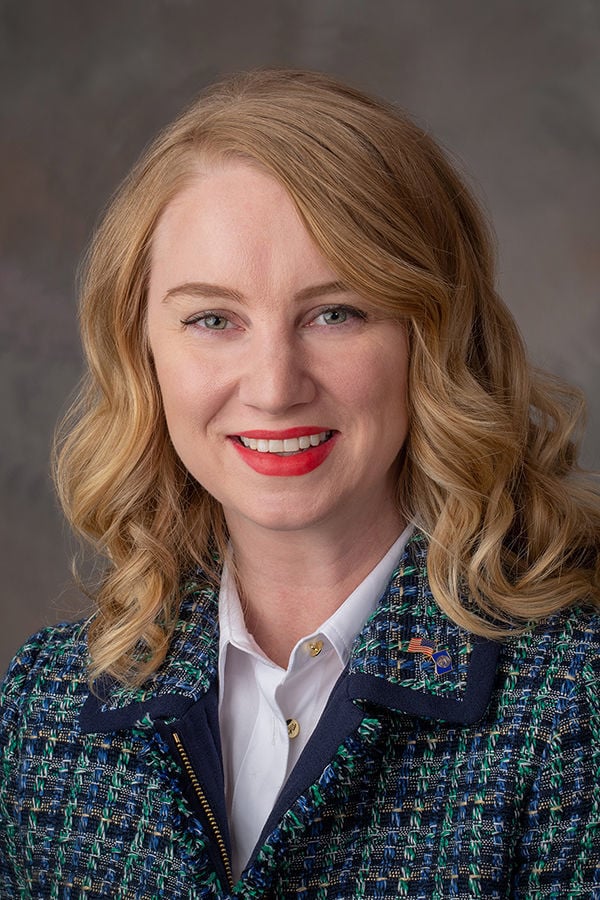