Five people were killed in the tornadoes that ripped through Grand Island on June 3, 1980. In addition, 266 people were injured and treated at the hospital, and 36 people were admitted.

Here are the five who died in the storm:

Larson and her fiancé were both thrown out of the trailer during the storm. Her fiancé was hospitalized.

Larson was born in Grand Island but moved away with her mother when she was 9. She had returned to Grand Island only two months before her death and was scheduled to be married on the day she was buried.

Charles Peterson, 66, was found dead in his bedroom at 3100 S. Locust St. Peterson graduated from Grand Island Senior High in 1934 and spent years working for the Union Pacific Railroad. He lived in Denver for a time before returning to Grand Island in 1967.

Peterson had laid down by a bedroom wall while his wife, Hattie, took shelter in a bathroom 4 feet away.

While in high school, Peterson was quarterback of the high school football team, was an all-state selection in basketball and also played baseball.

Ronnie Leece, 30, was found in the rubble of the Pagoda Lounge on South Locust Street.

Leece had been bowling with several Pagoda employees that night and stopped in the lounge after league bowling was canceled at the Meves Bowl.

Leece, a Central City native, had just finished a year of teaching and coaching at Hastings Junior High. He had lived at 2222 Bellwood Drive in Grand Island since December of 1979.

Leece was a veteran who had spent 2½ years in Vietnam.

Denise Behring, 19, was found dead in a car in northwest Grand Island.

Behring was working at the World of Toys and Hobbies at the Conestoga Mall that night. When the sirens sounded at 8:45 p.m., the store was closed, and Behring was sent home to find shelter.

She was the daughter of Lester and Mary Behring and graduated from Northwest High School in 1979.

That night, her parents were at the Ray Behring farm northwest of Grand Island having a birthday party for Ray’s wife, Roberta, and Denise was invited. She may have been heading there the night of the storm.

Danny Davenport, 25, and his fiancée were driving down South Locust Street when the storm hit. They were planning to marry in September.

They had eaten in a restaurant and then taken shelter under a canopy at the Regal 8 Motel. He was hit in the back of the head by a beam and died three days later.

Davenport lived in Overton and was a volunteer firefighter. He worked with his father at Foote Oil Co.

40 years after deadly tornadoes, Grand Island's South Locust Street has come back better than ever

Over the years, Grand Island has shown great resiliency coming back after a disaster. That was true after the flood of 1967, the tornadoes of 1980 and now with the COVID-19 pandemic.

Everyone who lived in Grand Island on June 3, 1980, has a story to tell about the Grand Island tornadoes. Here are some of those stories.

The book, “Night of the Twisters,” written by Ivy Ruckman and published in 1984, is told from the perspective of 12-year-old Danny Hatch.

Upon visiting the unassuming monument on Old Potash Highway, one would never know, just by looking at it, the stories that it holds.

Omaha on Sunday set a record for its longest, earliest stretch of 90-degree days, according to National Weather Service meteorologist Scott Dergan. Sunday’s high of 96 became the city’s seventh consecutive day at or above 90 degrees.

Rain and scattered thunderstorms are forecast to be off and on through the weekend, but no severe weather is expected.

Enough dust blanketed Omaha on Sunday to noticeably affect air quality, according to the Air Quality Index published by the Environmental Protection Agency. 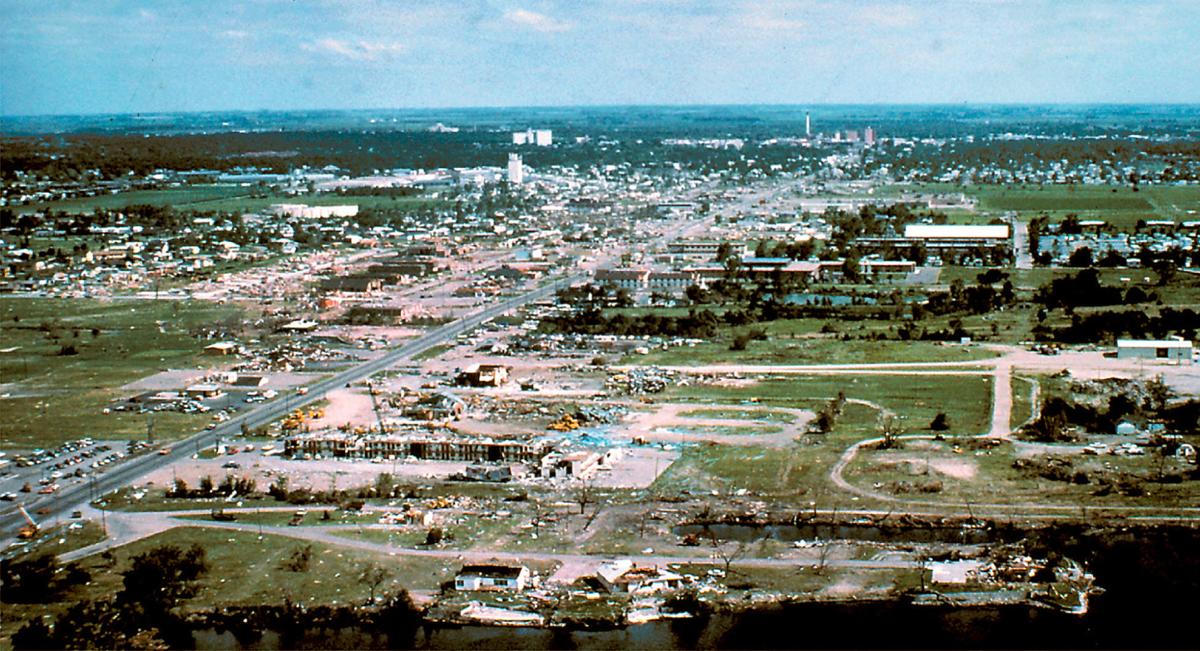 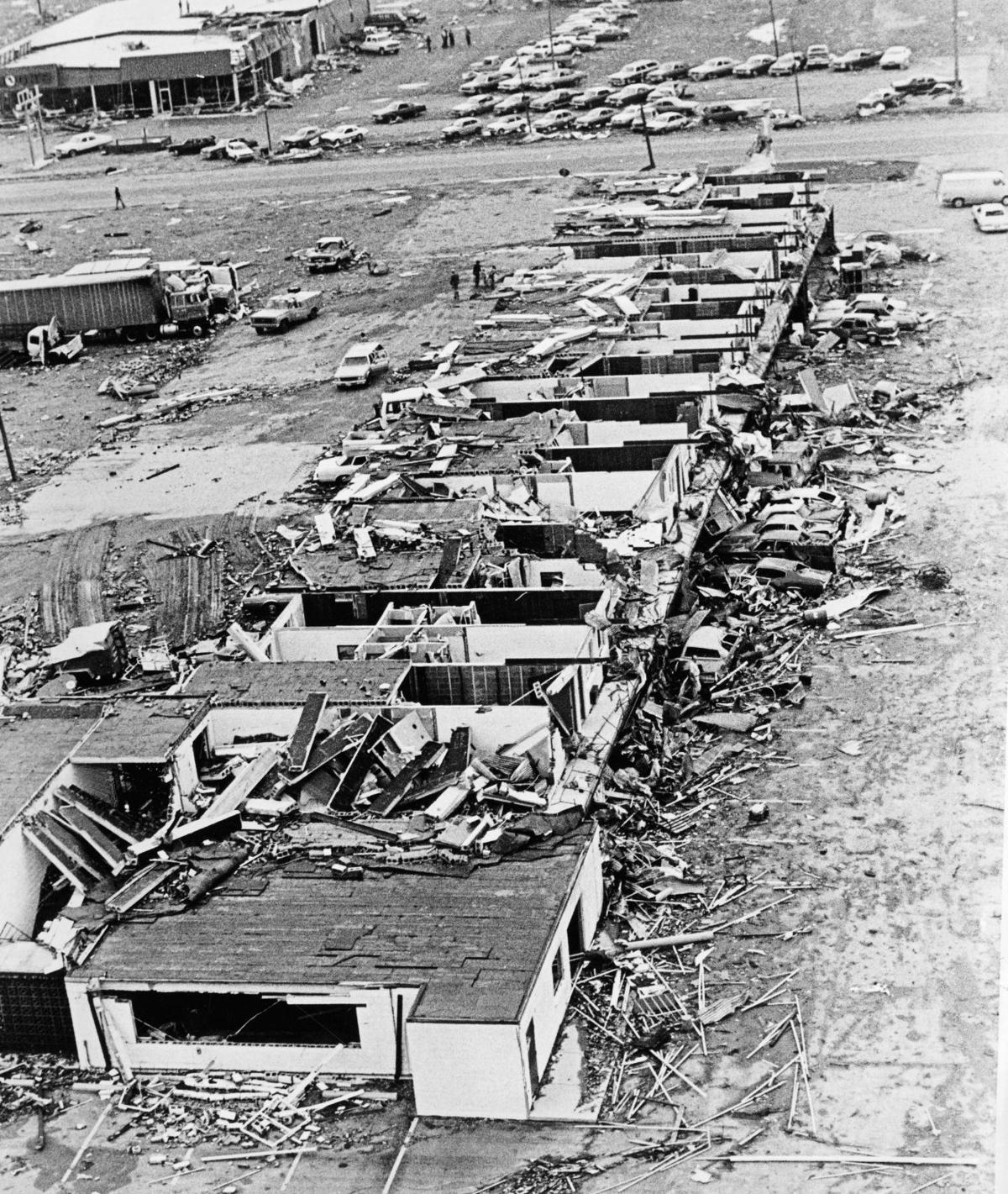 The South Locust Street area in Grand Island was hit hard by the tornadoes that struck on June 3, 1980.