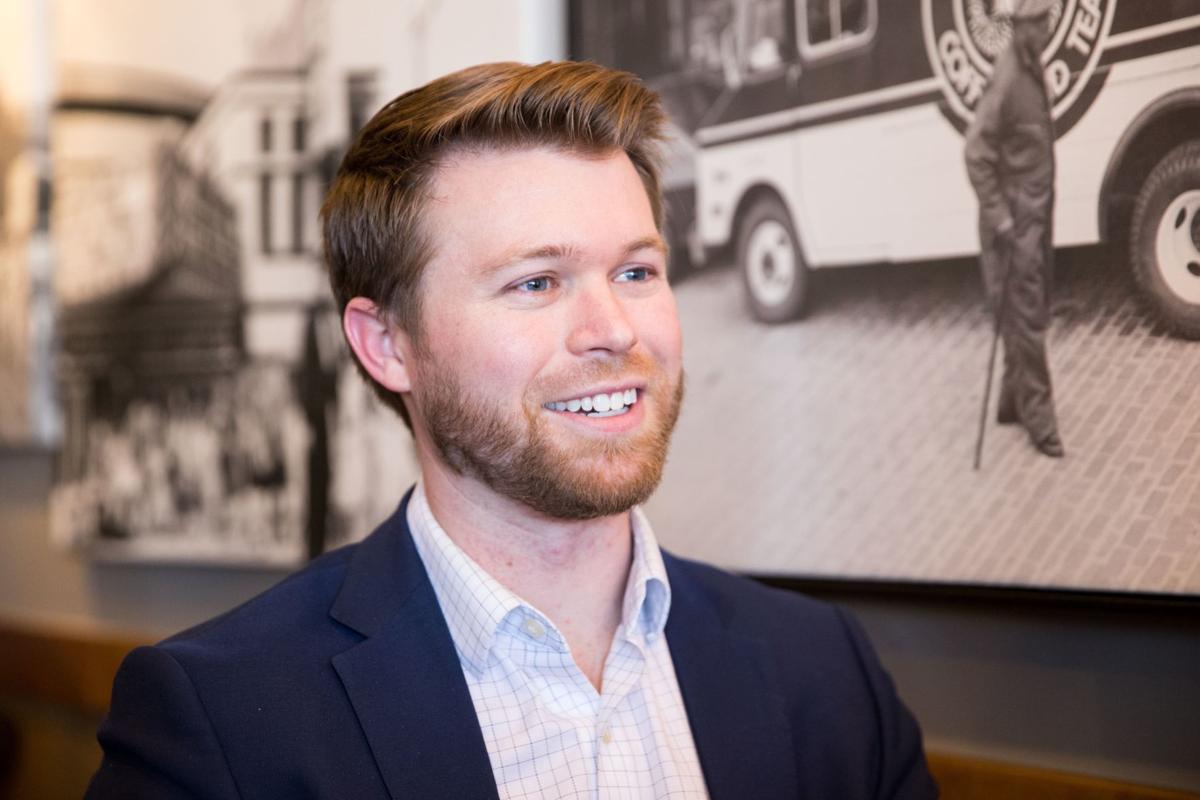 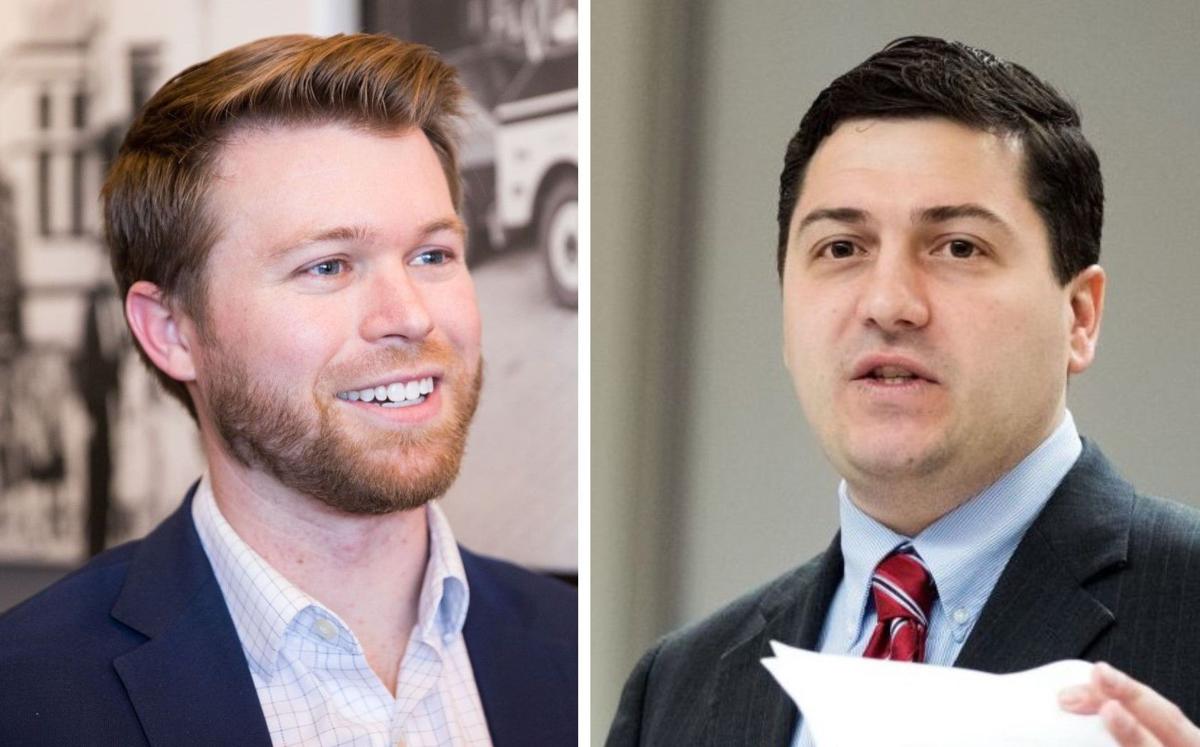 Nebraska’s winner-take-office GOP primary for state treasurer might always have come down to this: Would Omaha financial planner Taylor Royal’s family donate enough money to give his campaign a fighting chance against State Sen. John Murante of Gretna, the choice of Nebraska’s establishment Republicans?

Royal’s family did donate a significant sum during the last fundraising cycle, this week’s batch of state financial disclosure reports show. His father gave twice, for a total of $32,000. Royal’s campaign appears to have spent some of those funds on expanding a statewide radio advertising buy.

The family might give more, though it’s getting late and increasingly costly to secure advertising time. But their support thus far has not approached the $240,000 they gave Royal, 28, during his unsuccessful, but eye-catching, 2017 Republican primary loss to Omaha Mayor Jean Stothert. This time, his camp says, they have given their time, walked door-to-door and made calls.

Sam Fischer, Royal’s campaign manager, said that voters pay attention at the end and that “we are confident that we will get our message out when it matters.”

Murante, too, got a boost from a political patron in the financial reporting period from April 11 to April 30. Gov. Pete Ricketts gave him $10,000. Experienced observers of Nebraska politics had wondered whether Ricketts might ride to Murante’s side if the Royal family ponied up.

Murante, 36, also received $1,000 from former State Treasurer Shane Osborn, adding to a list of current and former elected officials who have endorsed his campaign. Royal snagged support from his former opponent, Stothert.

Murante said in a statement that he was “humbled and honored” by the support he’s receiving.

Royal, this period, outraised Murante by nearly $10,000. But Murante, a second-term legislator, heads down the home stretch of the treasurer’s race with more than $93,000 in campaign cash on hand, documents show. Royal’s campaign lists $4,200 in cash on hand.

In other fundraising for the May 15 primary election:

What is your top priority:

My top priority is to manage Nebraska taxpayer dollars wisely, guided by conservative values. I’m a proven conservative who has fought for voter ID, tax relief and abolishing the learning community as a senator. My time running my family’s business, Big Fred’s, has given me the experience necessary to see this mission through. I know what it means to sign both the front and the back of a paycheck and what it takes to make a business successful. I am going to bring that work ethic and my conservative values to the Treasurer’s office.

What is your top priority:

My highest responsibility as Nebraska state treasurer is to manage taxpayer dollars well. Nebraskans work hard for their money, and I commit to stewarding those resources. As State Treasurer, state spending will be transparent and accessible online via an open checkbook. I will ensure that taxpayer dollars are properly accounted for, effectively invested, and completely protected. The state treasurer’s role is directly related to my education, training, and experience. My CPA designation and experience in investment management gives me a firm accounting and financial background to add value to Nebraskans. I hope to earn Nebraska’s trust and vote May 15th.

World-Herald Election Guide: Get to know the candidates and issues on the ballot

Omaha World-Herald coverage of the candidates and issues of the 2018 election.

Royal laid out a plan Tuesday for his first 100 days in office, describing, point-by-point, how he aims to improve the taxpayer-facing services the Treasurer’s Office provides Nebraskans. Many ideas, including the push for increased financial literacy, have been offered by both Royal and his opponent, Murante.

Republican officeholders, current and former, continue lining up behind State Sen. John Murante of Gretna in his contested GOP primary for sta…

ABC’s Sunday news talk show included discussion with 2016 Trump supporters from agricultural states about whether any had buyer’s remorse based on the president’s trade and tariff approach to China.

The race for state treasurer features two up-and-comers vying to be the next young face of the Nebraska Republican Party.

'I have a voice that needs to be heard': Women running for office in record numbers — locally and nationally

When Nebraska voters went to the polls around this time in 2014, they saw 15 names on the top of the ticket. Every one of those Senate and gubernatorial candidates were men. This year, there are the same number of candidates for those same offices. Four are women.

In Ashford vs. Eastman, Omaha Dems face a familiar choice between two visions for the party

The question here and nationally is: Will those Democrats go with the new kids on the block who offer a fresh perspective and can appeal to the more liberal base? Or will they stick with more seasoned legislators, who are often more moderate and might draw in more general election voters?

Ashford, a former congressman, wants to retake his old seat. Eastman, a nonprofit executive, hopes to make the jump from Metropolitan Community College board member to become the first woman to hold the 2nd District seat.

With no Democratic challenger, John Murante looks ahead to being state treasurer

Murante in January will assume the responsibility for paying the state’s bills and helping others learn to pay theirs. His focus until then, he said Wednesday, is preparing a smooth transition for taxpayers.