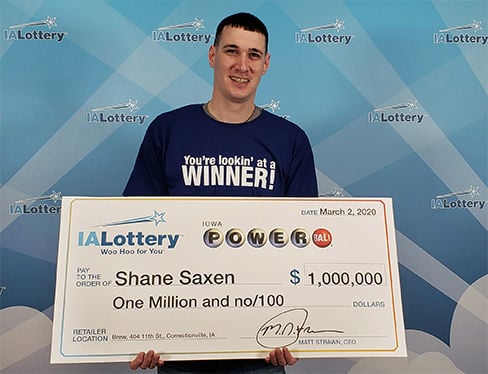 Shane Saxen, 31, of Correctionville, Iowa, won $1 million in the Feb. 29 Powerball lottery game. This week, someone purchased a $1 million winning ticket at Schmick's Market on O Street in Lincoln in the other major interstate lottery game, Mega Millions. 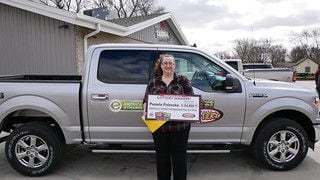 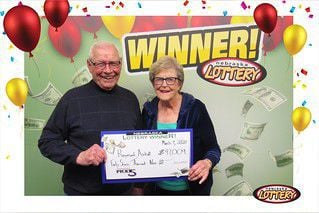 Raymond and Bernie Aschoff of Omaha won $47,009 in the Nebraska Pick 5 game.

Someone in Lincoln purchased a $1 million Mega Millions lottery ticket for this week’s March 24 drawing, which featured a jackpot estimated at $101 million.

The ticket was purchased at Schmick’s Market, 1340 West O St., according to a Nebraska Lottery press release. It matched the five white numbers (2, 8, 16, 18, 31) but not the golden Mega Ball (14). Two other $1 million winning tickets were sold, one each in Georgia and Texas.

No one matched all six numbers, so the jackpot will roll over to an estimated $107 million (or $83 million for the cash option) for Friday’s drawing.

It is the sixth time a $1 million Mega Millions ticket has been sold in Nebraska since the game was added in March 2010, the release said. The winners beat odds of 1 in 12,607,306.

Although many businesses across the state have been closed because of the coronavirus pandemic, most of the largest sellers of lottery tickets — typically, supermarkets and convenience stores — remain open.

Neil Watson, a Nebraska Lottery spokesman, said regional lottery claim centers in Grand Island, Norfolk, North Platte and Scottsbluff are closed until further notice because of the outbreak. But Nebraska Lottery headquarters in Lincoln and the Omaha claim center in the Nebraska State Office Building at 1313 Farnam St. remain open.

He advised calling the lottery office at 402-471-6100 before stopping in because hours have changed. Prizes up to $19,999 may be claimed by mail. For details, visit nelottery.com.

Other big-ticket winners in the past month include:

If you win big in the lotto, Nebraska would let you stay anonymous under bill in Legislature

“This bill will allow winners to hang on to a sense of normalcy and remain in the Good Life,” State Sen. Tom Brandt told members of the General Affairs Committee at a hearing Monday.

A Papillion man won $100,000 from an Iowa Lottery scratch-off ticket on New Year's Eve: "Everybody got happy. I was so happy!" And there are two other recent winners. An Omaha man won $86,000 on a Nebraska Pick 5 lottery ticket, and a Weston, Nebraska, man claimed half of a split jackpot in the Dec. 27 Nebraska Pick 5 game, winning $37,000.

South Omaha man 'was freaking out' after his Pick 5 lottery numbers won him $226,000

Richard Beran of Lexington is eyeing a Mustang after winning an $82,000 Pick 5 jackpot prize. His wife is thinking Jeep.

Daniel Moore has a million reasons to be thankful, and he’s not shy about saying so.

The Mega Millions and Powerball jackpots once again are steadily climbing in tandem, but it's the Nebraska Lottery's own Pick 5 game that's paying off for a few Nebraskans these days.

Warren Murrell of Lincoln says he plans to use his winnings to pay off his RV. He'll still have enough money left over to build a "man shed" in the backyard of his new house in Lincoln.

It's the first time four sets of Nebraska Pick 5 winning numbers have been drawn in such a short span since the summer of 2013.

Also this week, there was a winning $40,000 Mega Millions ticket sold in Kearney. That prize has not yet been claimed.

Only one ticket, sold in Maryland, matched all six Powerball numbers drawn Wednesday, but a Nebraska couple won $50,004 with five matching numbers.

Shane Saxen, 31, of Correctionville, Iowa, won $1 million in the Feb. 29 Powerball lottery game. This week, someone purchased a $1 million winning ticket at Schmick's Market on O Street in Lincoln in the other major interstate lottery game, Mega Millions.

Raymond and Bernie Aschoff of Omaha won $47,009 in the Nebraska Pick 5 game.