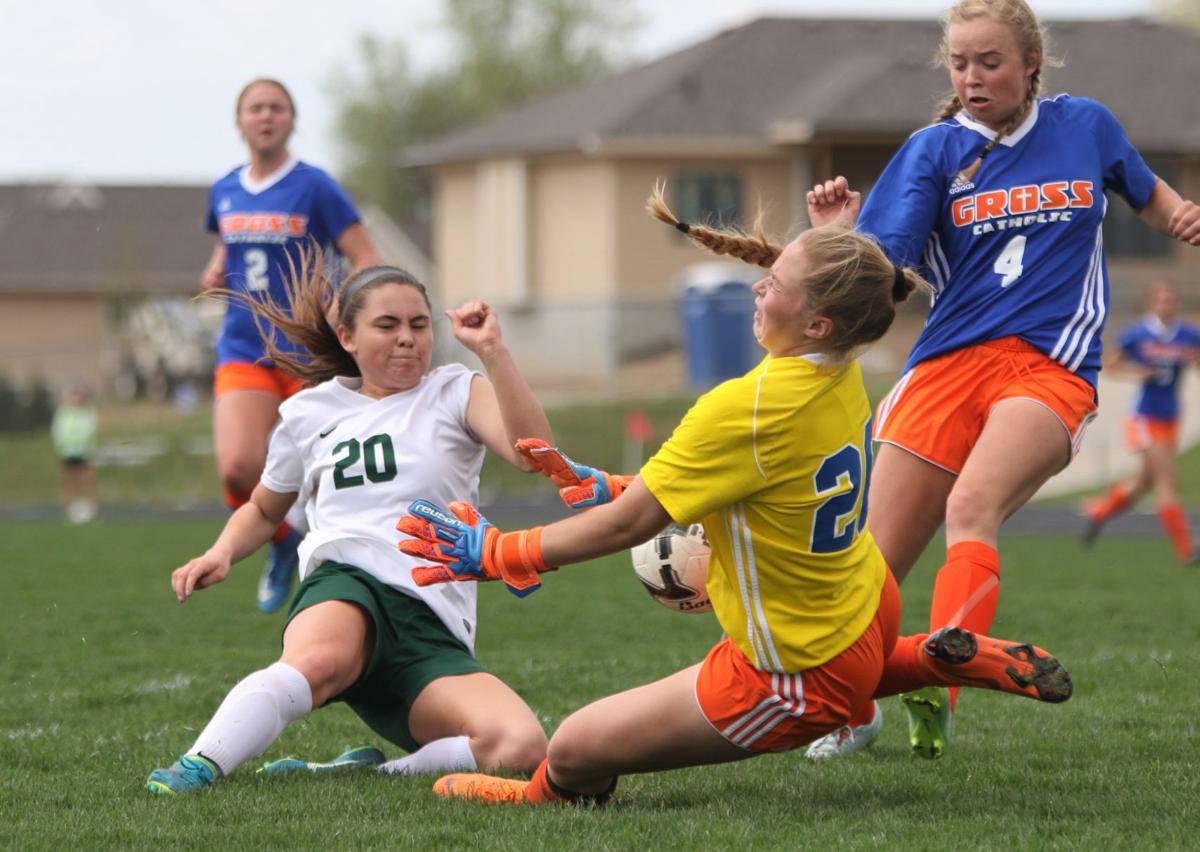 Gretna's Aliya Owens tries to get a shot past Gross goalkeeper Alexus Townsend. 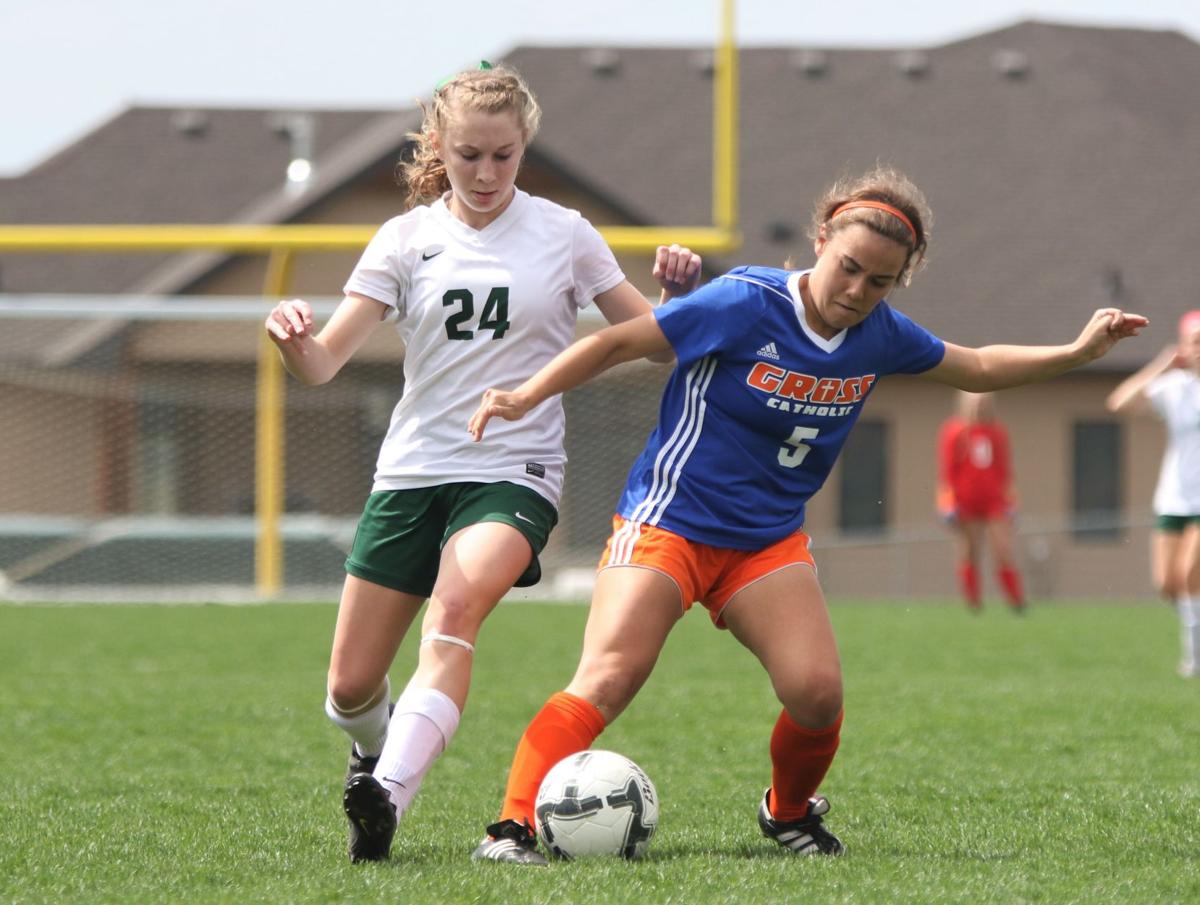 Gretna topped Gross 2-0 in Saturday’s B-2 District Final to advance to the Dragons’ 17th consecutive state tournament. The Cougars' season ends with a 7-9 record.

Gretna had a couple near chances that jut misses before. Sarah Karloff finish gave the Dragons a 1-0 advantage with 10 minutes left in the half. Laurel Reineke centered a great ball to assist on Karloff’s goal.

The Cougars had a chance to tie it five minutes later on a deflected Alexis Nothelfer shot but no Cougar was there for the rebound shot.

Gross came out attacking in the second half but couldn’t convert it into a score. Karloff scores her second goal of the game in the 50th minute off a rebound to give Gretna a 2-0 lead.

The Dragons excelled at limiting the Cougars’ offensive chances down the stretch as they closed out the 2-0 victory.

Top performers: Karloff, a senior, did the scoring for the Dragons while Lindsey Johnson earned the shutout in goal. Nicole Martindale provided some good offense with Morgan McLaughlin adding strong play.

From the coach: "You lose this, you go home. You look at Gross and their better than their record. We knew it would be tough but we did enough to stamp our place at Creighton."

Gretna's Aliya Owens tries to get a shot past Gross goalkeeper Alexus Townsend.