With tornado season ramping up in Nebraska, forecasters will be happy if this year percolates along like past years: relatively quiet.

Nebraska has been on a downward trend with tornadoes for more than a decade, said Ken Dewey, professor emeritus of applied climatology from the University of Nebraska-Lincoln.

Last year, Nebraska had 21 tornadoes, less than half the annual average — 51 — of the past 30 years, based on National Weather Service statistics.

“It’s really odd. ... The difficulty with science is we see things, but we don’t always have the answer to ‘why,’” Dewey said. “It was notable that there was a really big lack of tornadoes last year.”

Also notable, he said, was the fact that most of the state’s tornadoes occurred in the central and western parts of the state, which meant Nebraska’s major urban centers were spared.

A number of those tornadoes have occurred in the area served by the Hastings office of the National Weather Service, where meteorologist Mike Moritz is in charge of doing the damage surveys that determine if a tornado occurred, its path and its intensity.

Moritz said there’s a lot of unknowns with tornadoes, so it’s hard to discern whether anything of significance is happening.

A couple of factors could be at play in the drop in tornadoes, he and Dewey said.

Last year turned dry as tornado season hit its stride, Moritz said. The Hastings area started to fall behind on rain in April and was short on rainfall all summer.

And the jet stream didn’t set up quite right in 2020 to bring powerful storms into Nebraska, Dewey said.

Several prior years were noticeably rainy, which typically means cooler than normal weather. So in those years, the weather could simply have been too cool to generate the energy needed for a high number of tornadoes.

And prior to that, there were additional fairly dry years, which meant the needed moisture wasn’t there, Dewey said.

For tornadoes to form, conditions have to be “just right.” They need heat, moisture and a trigger, like a frontal system moving through.

One aspect to the 2020 tornado year was normal, Dewey said: Numbers peaked in June, followed by July. Those are the two months when Nebraska typically has its greatest number of tornadoes, he said.

After several rounds of high years in the 1990s and early 2000s, the trend downward started about 2006, weather service statistics show.

There’s no way, though, to bank on this trend, Dewey said: “Trends are fine until they are not.”

And as any emergency manager would say: One tornado striking a city is all that’s needed to make a slow year a bad year.

Tornado watch: Issued for a large area, typically multiple states, and usually lasts hours. Conditions are ripe for formation of a tornado.

Tornado warning: The danger is imminent and local. Issued for a relatively small area and lasts a short period of time. Issued when a tornado has been spotted or has been indicated on radar.

Where to shelter? An interior room on the lowest floor of a sturdy building. Avoid windows.

Mobile homes or cars? Leave if possible for closest sturdy building. (You may be able to drive away from the tornado if you can travel a path perpendicular to it.)

Outside? Get low to the ground to protect yourself from flying debris.

Have A Plan: When conditions are ripe for a tornado, know where you'll go when seconds count. Establish a family contact plan and an emergency meeting place.

Be informed: Have multiple ways to receive a warning, including phone alerts, a weather radio, the media and warning sirens. Power failures or satellite outages could disable some sources of information.

Aquifers are recovering from the stress of the flash drought of 2012, Nebraska's hottest, driest year on record. 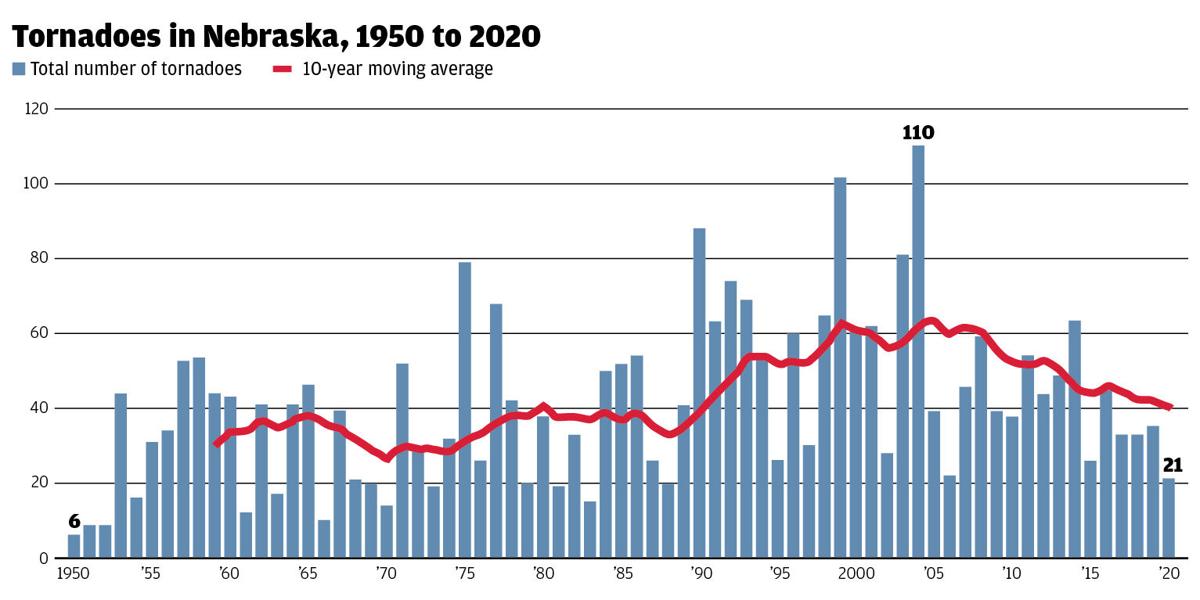 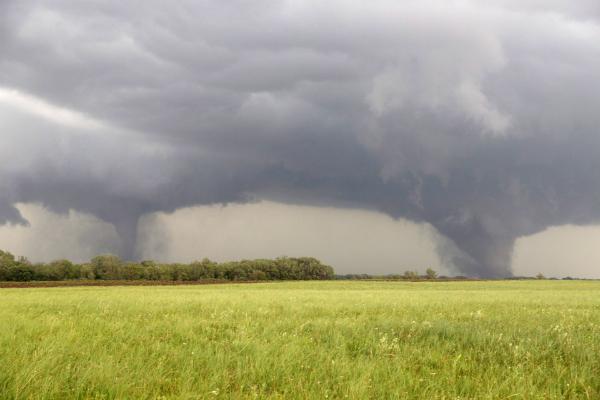 As the 2014 EF4 tornado, at left, tore into Pilger, a twin twister spawned by the storm ripped across the countryside in this screencap from another storm chaser’s video.