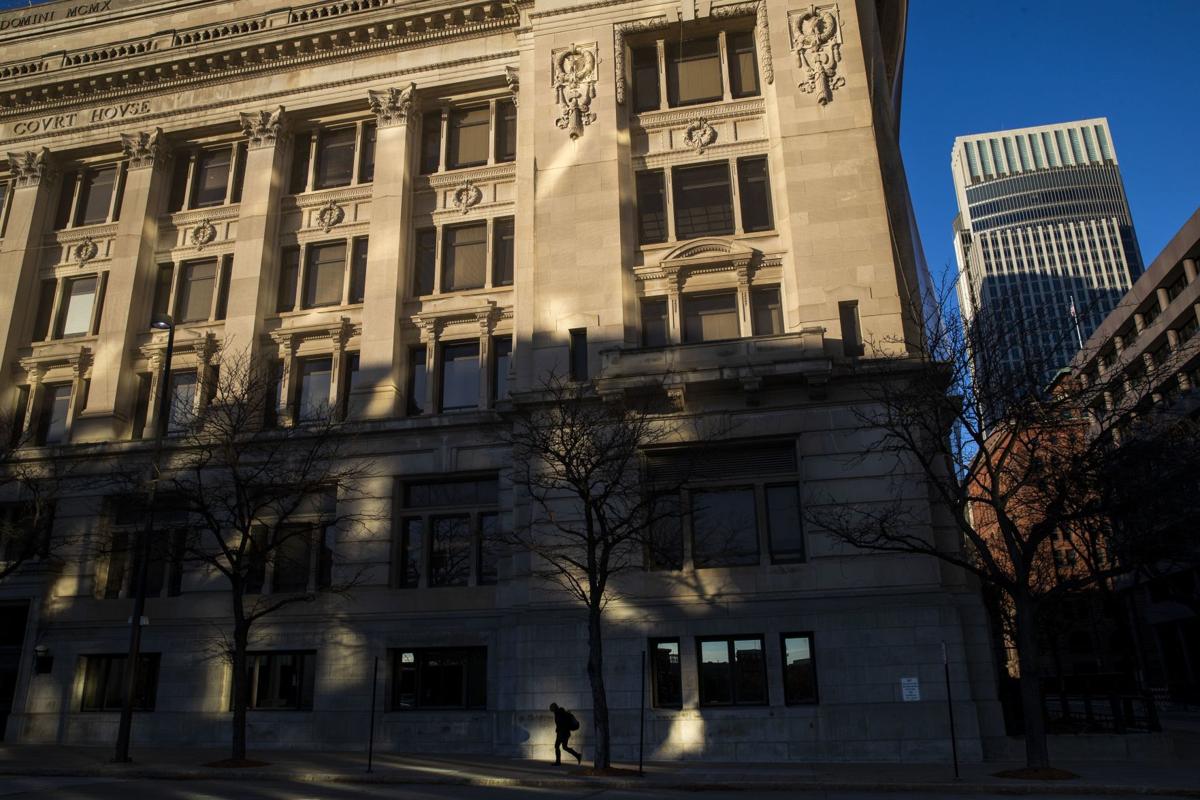 December shadows on the County Courthouse. Along with this week’s warmth, we may be amid 2019’s first seven-day stretch with no precipitation. 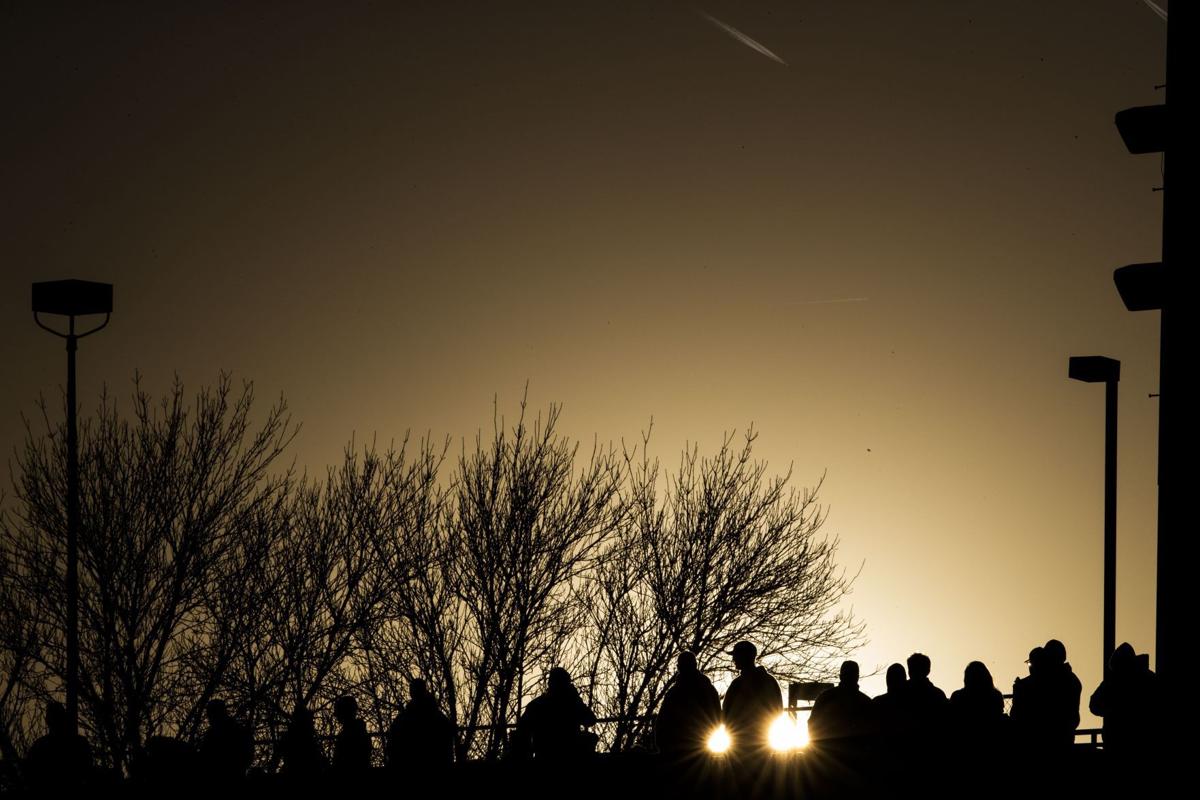 The sun begins to set as fans look on during the first half of the Class A semifinals game between Millard South and Westside in Omaha in mid-November.

Warmer, wetter conditions are expected in Nebraska and Iowa through the end of the year, according to an updated forecast from the National Weather Service’s Climate Prediction Center in Maryland.

Long-range forecasts are difficult and should be “written in pencil,” said Taylor Nicolaisen, a meteorologist with the National Weather Service office in Valley. But he said trade winds over the Indian Ocean are stronger lately, and that is expected to bring warmer conditions to our area.

From @NWSCPC : Nebraska and Iowa have a better than average chance at a warmer and wetter December.

“Probably, there will be a little bit more opportunity for rain and snow (in Nebraska and Iowa) just because it will be warmer,” Nicolaisen said.

The climate prediction center said a rapid pattern change is likely to occur over the middle to high latitudes of the Northern Hemisphere.

“Typically,” Nicolaisen said, “December, January and February are the driest months here. We usually get about 20 inches of snow, and we might be a little above that or maybe we’ll see a little bit of extra rain.”

The Omaha area is expected to be warmer than usual this week, with temperatures in the upper 40s to about 50. There’s also a surprising possibility ahead, Nicolaisen said.

“We might go the whole week without rain, which would be a first for 2019,” he said. “We went four or five days without rain in October, but we haven’t had a seven-day stretch (without rain) yet.”

'We are through the worst of it' as holiday weekend snow, wind march east from Nebraska

A winter storm that brought winds gusting over 65 mph to western Nebraska was moving out of the state and toward the Great Lakes on Sunday.

Grand Island and Hastings both set records for snowfall on Nov. 26.

What's in the dam plan? Here are the proposals in the Omaha-area flood control study

Levees would get higher, floodwalls would go up, some roads would get floodgates and some homeowners and businesses would have the option of making their property more flood-resilient.

The Army Corps of Engineers estimates that there’s $1.9 billion worth of property in the 500-year flood plain of the Papillion Creek watershed. The flood study proposes a dam on Thomas Creek in northern Douglas County, higher levees, new floodwalls and the widening of some creeks.

Ice blamed for several crashes in Lincoln; roads expected to be slick this morning

It's shaping up to be Black Ice Friday. Law enforcement agencies were cautioning motorists to take it easy as slick spots were forming, or were expected to form, as temperatures hovered around freezing Thursday night into Friday morning.

As of Wednesday morning, crews have found more than 200 downed poles that needed to be repaired or replaced and 600 meters were still without power, mostly in Grant and Arthur counties.

Light snow expected in Omaha this morning, but heavy winds could cause problems

While significant snowfall isn't forecast, the winds are expected to be strong enough to cause limited visibility, said Van DeWald, a weather service meteorologist.

Rain has been a tale of too much or too little, and that's not changing

About 6" of rain was reported in Cass County, with similar amounts south of Glenwood and near Pacific Junction in Iowa.

December shadows on the County Courthouse. Along with this week’s warmth, we may be amid 2019’s first seven-day stretch with no precipitation.

The sun begins to set as fans look on during the first half of the Class A semifinals game between Millard South and Westside in Omaha in mid-November.