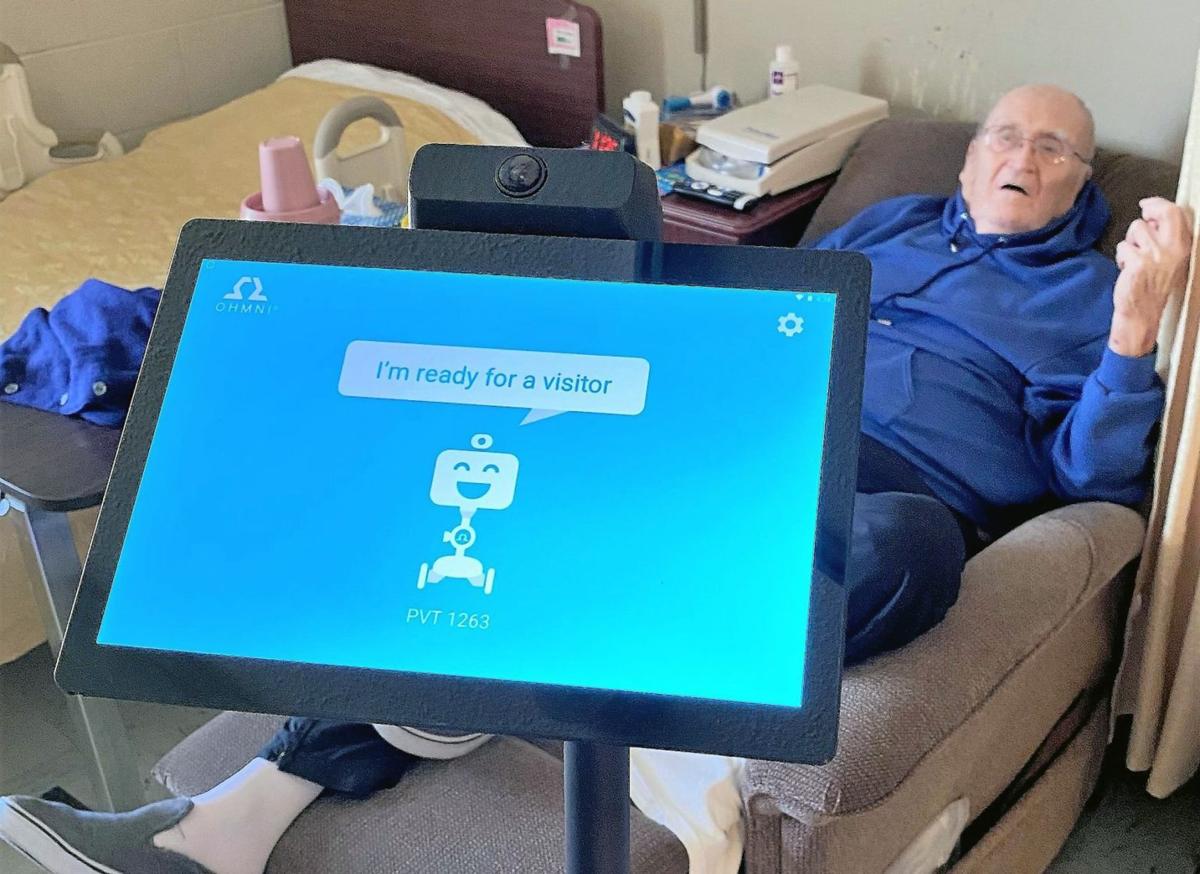 The Ohmni Robot visits a patient at Azria Health Gretna. The robot greatly expands the facility’s ability to practice telehealth visits for its patients. 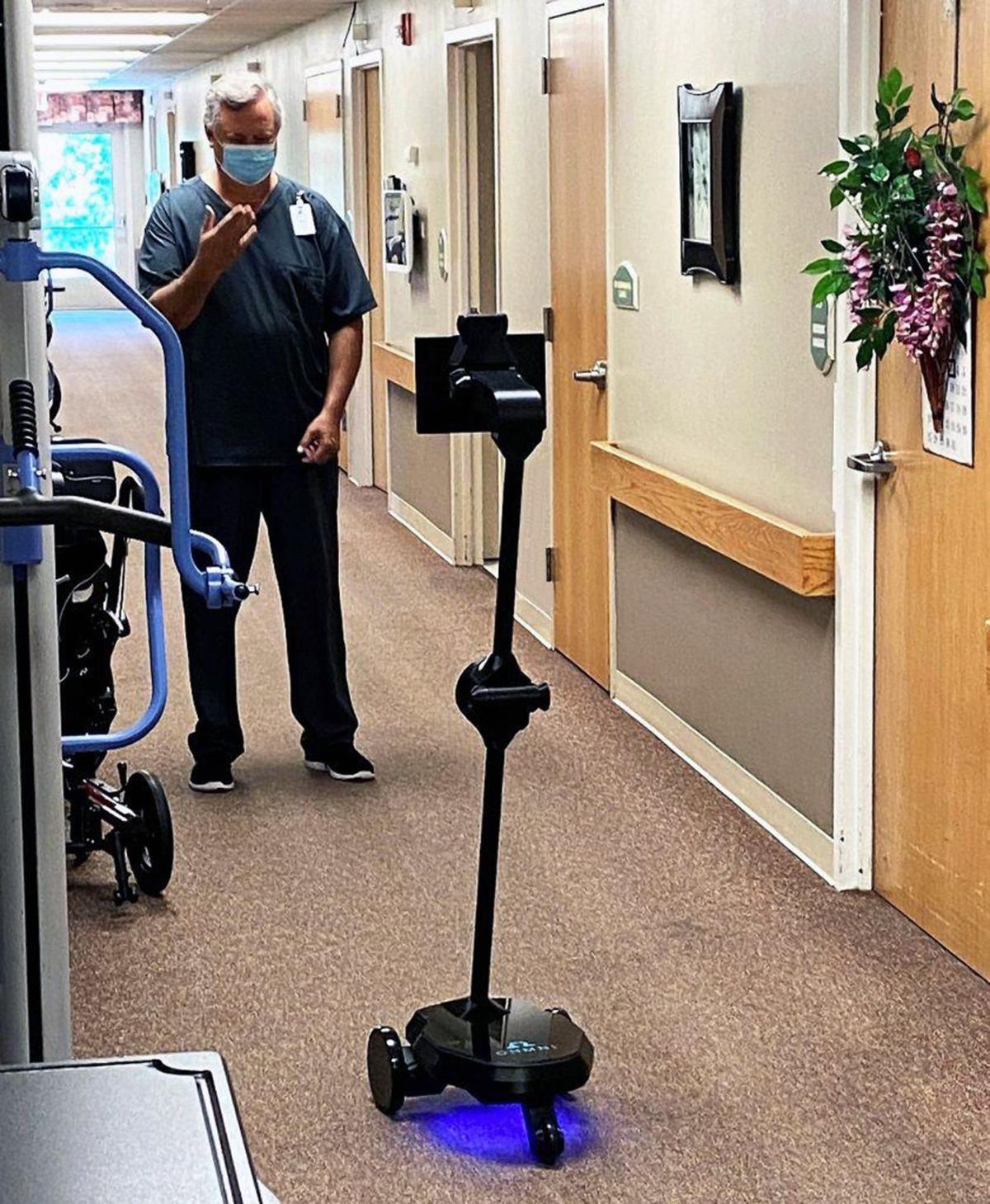 The Ohmni Robot travels down a hallway at Azria Health Gretna. The local facility piloted the robot, expanding its telehealth offerings for residents.

A local senior care facility is making strides when it comes to innovation and technology.

Azria Health Gretna is the first of a three Omaha metro-area facilities to pilot an Ohmni Robot, supporting a telehealth robot program.

The $3,000 robot was obtained through a Geriatric Workforce Enhancement Program grant at the University of Nebraska Medical Center and has been roaming the halls of the Gretna care facility for more than a month.

“It’s been just a nice pick-me-up,” said Natalie Manley, a physician at UNMC in the geriatrics divison, and medical director for patient care at Azria Health Gretna. “It’s been fun for everybody to have something new, exciting and fun. It’s been a good morale booster.”

As improvising telehealth becomes increasingly important in today’s world, Manley said she was eager to find ways to improve telehealth care at the facility.

“I think the current pandemic has kind of forced us to do things we previously wouldn’t have, just out of pure necessity,” Manley said. “I wanted to find some way to get in, even if I can’t physically be present.”

The robot allows Manley to follow up with residents more often, rather than only at her once-weekly in-person appointments at the facility.

“Our residents benefit because a treatment can be adjusted,” said Azria Health Gretna administrator Mike Early. “It has improved our level of care and just kind of improved the speed of our care, too.”

The robot also allows more residents to stay safely within the facility rather than traveling here or there for care, also helping to limit the number of people entering the facility, limiting unnecessary risk of exposure to residents.

“I think it’s been received very, very well,” Early said. “We are kind of the first people to get to see how it works and hopefully work the kinks out of it, making it better for everybody in the end.”

Mental health benefits will also be possible through the robot program.

“My ultimate goal is to have the robot used by family members so they can spend time talking to loved ones with the robot, without having to have somebody stand there and manage the iPad,” Manley said.

After more than 70 years, a Beckwith family heirloom has found a new home where it can be enjoyed by many.

Climbing enrollment on trend for GPS

Gretna Public Schools enrollment numbers continue to rise. The numbers were presented to the Board of Education at its Oct. 12 meeting.

Teachers are kicking it high tech this year, offering virtual visits to their classrooms through the Gretna High School digital open house.

The Ohmni Robot visits a patient at Azria Health Gretna. The robot greatly expands the facility’s ability to practice telehealth visits for its patients.

The Ohmni Robot travels down a hallway at Azria Health Gretna. The local facility piloted the robot, expanding its telehealth offerings for residents.