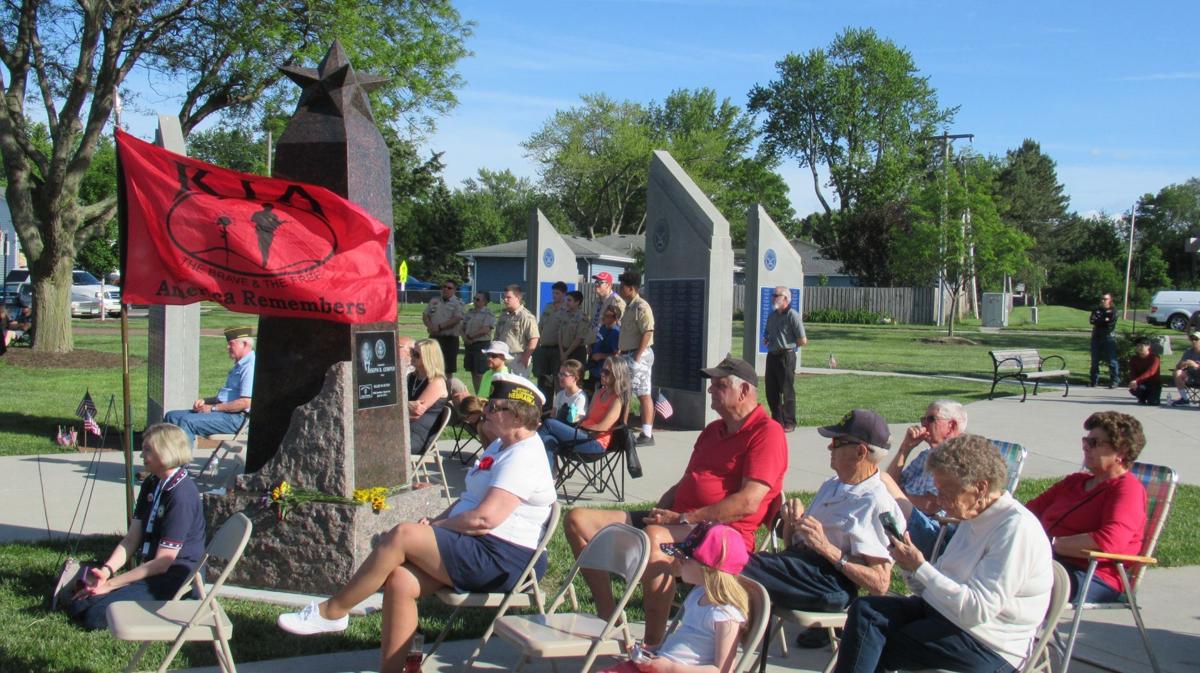 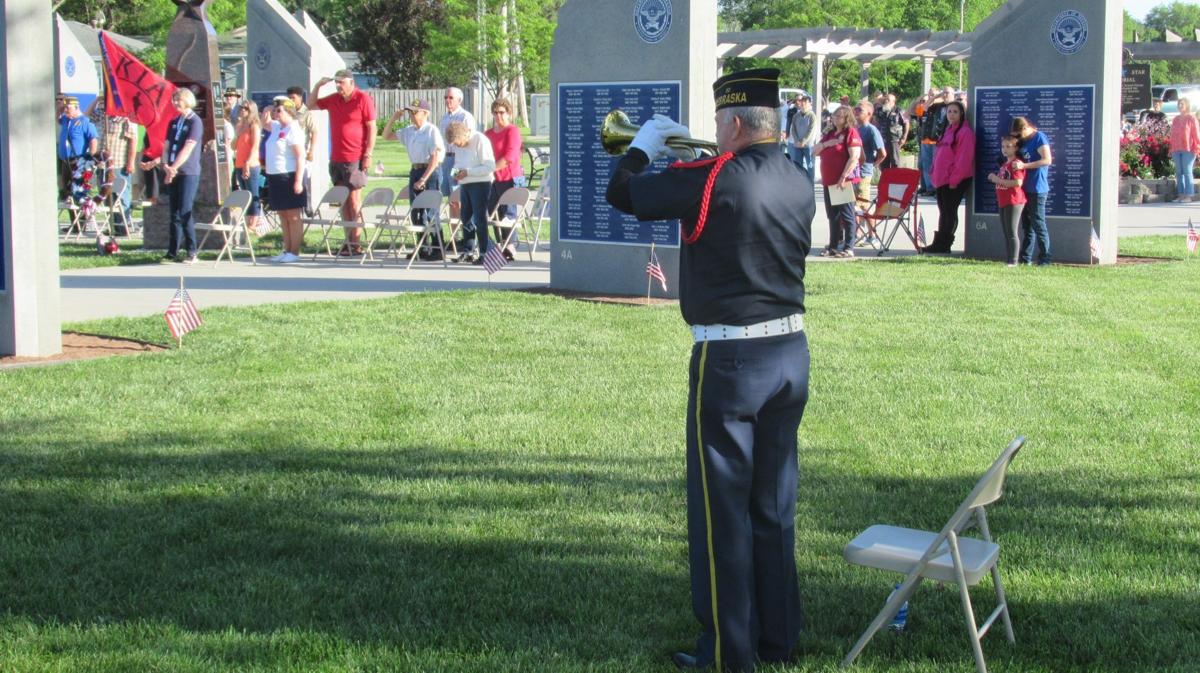 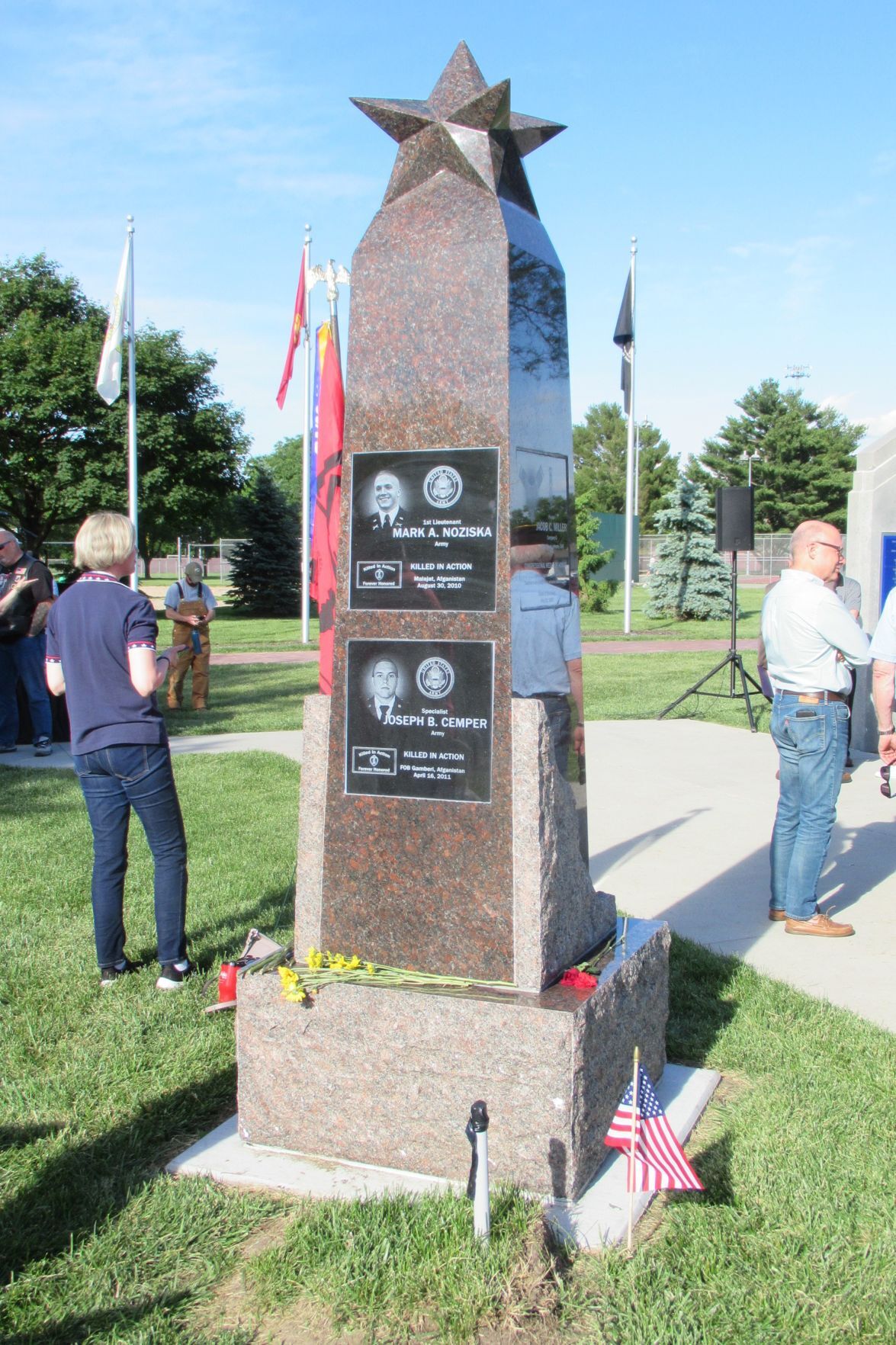 An obelisk memorial honoring five special military heroes from Papillion, including First Lieutenant Mark A. Noziska and Specialist Joseph B. Cemper, was installed in Veterans Park in May. Noziska and Cemper both lost their lives in Afghanistan. 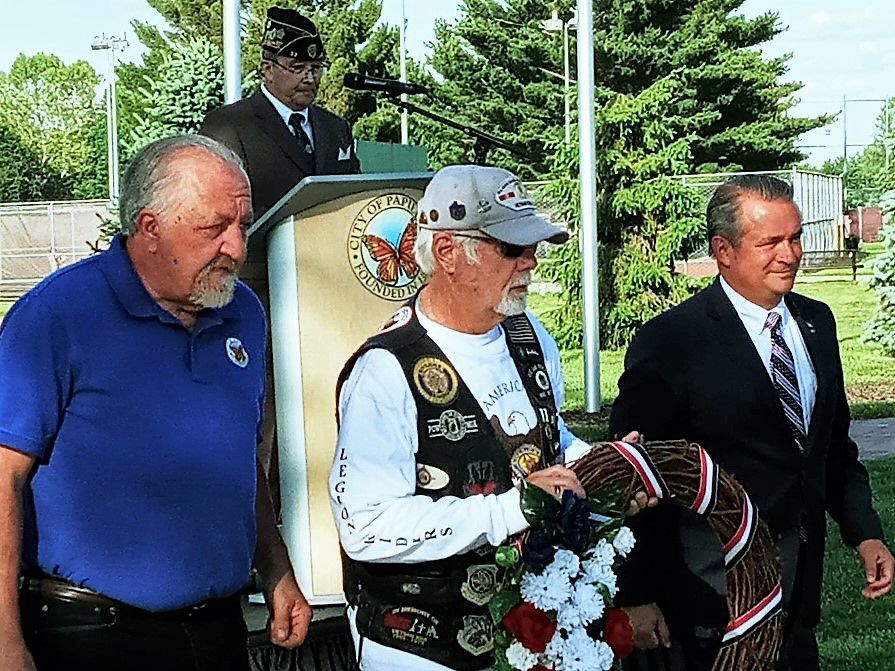 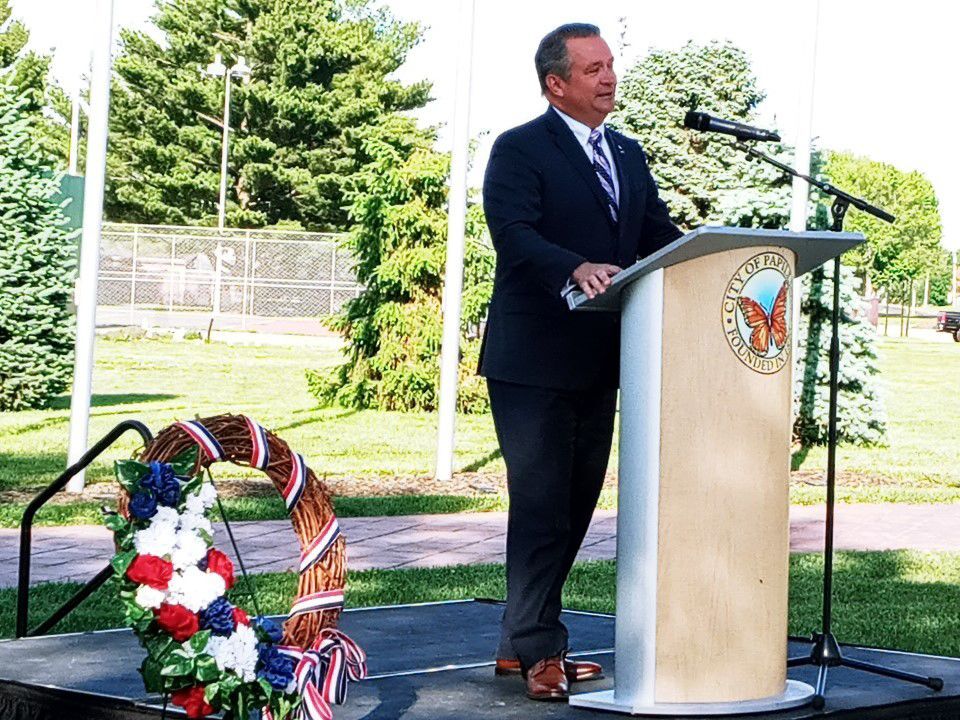 The ceremony featured the dedication of a new obelisk memorial, honoring five special military heroes from Papillion. After a delay in production and transport, the obelisk arrived in mid-May in time for installation before the service.

“This is a treasure that is going to be passed on beyond our lifetimes. We honor the lost servicemen, and we honor the family that had that loss.”

Papillion City Councilman Steve Engberg said every year, the park grows. An eighth Honor Wall was added in the spring, and a butterfly and pollinator garden has new plantings and added features.

“What makes this truly hallowed ground is the name of each and every person, man and woman, on these walls and on that obelisk in front of me,” Engberg said. “Those names: their stories, their history, their courage, their dignity, their sacrifice. That’s what makes this hallowed ground.”

Representing four of America’s military conflicts, the obelisk features the names and likenesses of:

• Army Pvt. Jacob C. Miller, who received the Medal of Honor for actions at the Battle of Vicksburg. He is buried at Cedardale Cemetery in Papillion.

• Marine Capt. Delmar George Booze went Missing in Action while flying in an F4B out of Da Nang in 1966. He rolled into an attack and was pulled off target. His transmission was lost.

• Army Spc. Joseph Cemper, who was killed on Apr. 16, 2011, at Forward Operating Base Gamberi in Afghanistan. He is buried at Cedardale Cemetery.

“One million two hundred and eight thousand Americans have died in battle from the American Revolution to the present. 1,208,000. That number is big,” Bacon said. “But look what it accomplished. It gave us our freedom. It gave us our independence. It made us one country. It helped us defeat slavery. We defeated fascism and Nazism.”

Bacon said to keep democracy strong, and to avoid the hyper partisanship which seems to define the era, citizens from all walks need to “get involved in our neighborhoods, our communities, our school boards, our city councils, all levels of government. That’s what makes democracy strong.”

“I am not always going to like the outcome, but at least it’s typically going to be a little more moderate if more people are involved,” he said in an interview following the service.

Bacon said viciousness in politics is affecting the legislative process, particularly in Washington.

“The anger in the house is so ugly right now,” he said. “We’ve got people getting in each other’s face. And you know, I may not like some of the individuals, but I’m not going to get in their face. I am going to be polite. Civility goes a long way. Mutual respect for one another.”

The congressman said he was displeased with the defeat of a bill creating a bi-partisan commission to investigate the Jan. 6 insurrection at the U.S. Capitol. The bill, written by Rep. Bennie Thompson (D-Miss. 2) and Rep. John Katko (R-N.Y. 24) would have split 10 appointees evenly between the two parties.

“It was smarter to have one, because it was 50/50 and it was a Republican bill that we passed,” Bacon said. “And I felt like only in Washington can you have a Republican bill and have a Democratic chairman agree to it and have Speaker Pelosi throw a fit and have Donald Trump say he doesn’t like it.

“Frankly, I think we are missing the boat on our side. Why did security fail that day? That has less to do with President Trump than our own House and Senate security. I think it is just good to know. I think I’d rather have an objective, transparent look.”

On June 1, the La Vista City Council and the Papillion City Council each convened their twice-monthly meetings.

A 71-year-old man was killed Thursday when the all-terrain vehicle he was riding rolled and pinned him along 120th Street just south of Platteview Road.

Springfield Days may only be one day in 2021, but it is chock full of fun summer events.

If you are not satisfied with your property’s assessed valuation and choose to file a protest, you must complete Protest Form 422 and file it …

If you are not satisfied with your property’s assessed valuation and choose to file a protest, you must complete Protest Form 422 and file it …

For the past nearly 11 years, I have been writing this column in the Ralston Recorder. Now, thanks to the Papillion Times I will continue to t…

On May 21, Hickory Hill Huskies created a Principal Sundae to celebrate money raised and time spent reading during a Read-a-Thon.

An obelisk memorial honoring five special military heroes from Papillion, including First Lieutenant Mark A. Noziska and Specialist Joseph B. Cemper, was installed in Veterans Park in May. Noziska and Cemper both lost their lives in Afghanistan.