Buying local: The Book Nook is welcomed to Papillion
0 comments
Share this
1 of 5 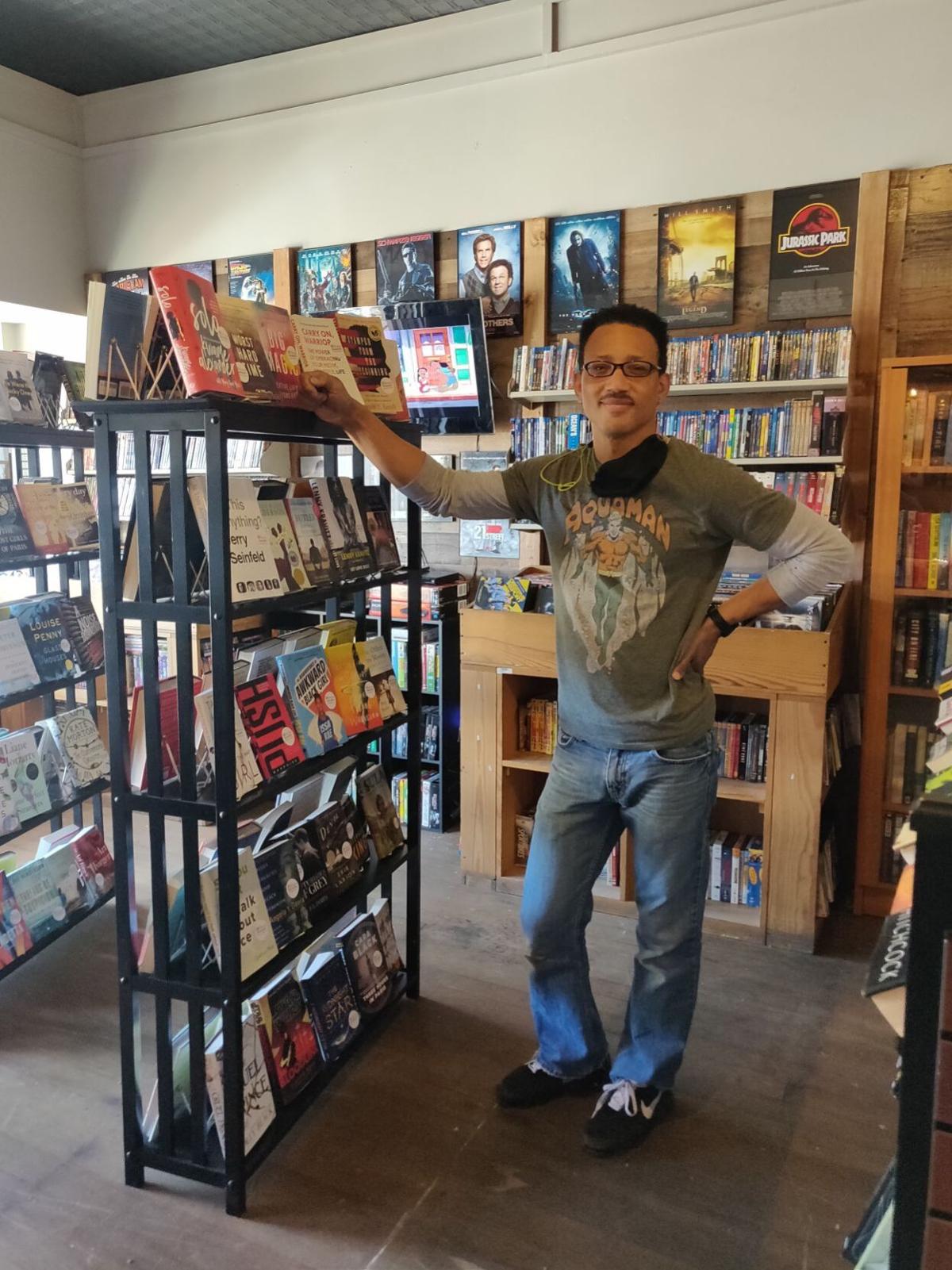 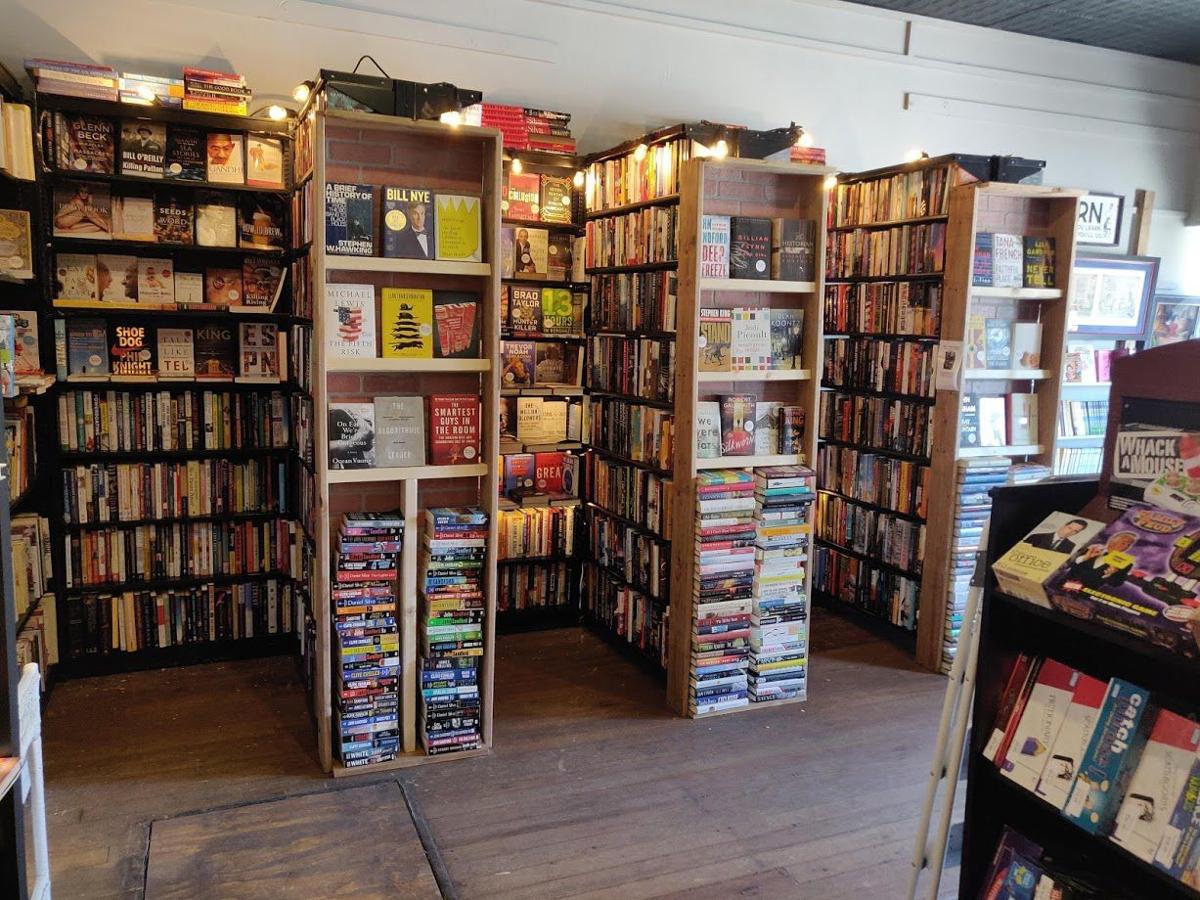 The interior of The Book Nook on Washington Street. 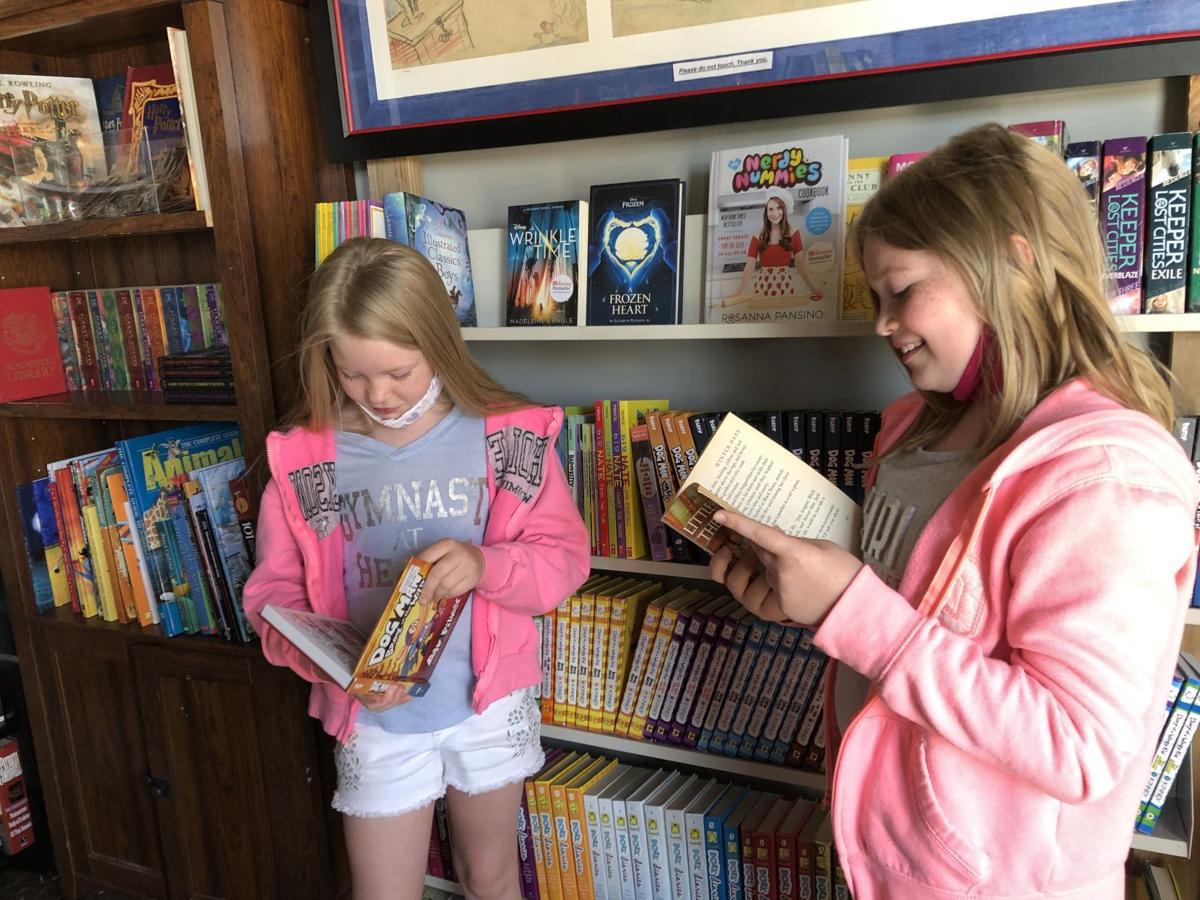 Jolie Sutherland, 8, and Casey Sutherland, 9, browse through the children’s book section at The Book Nook. 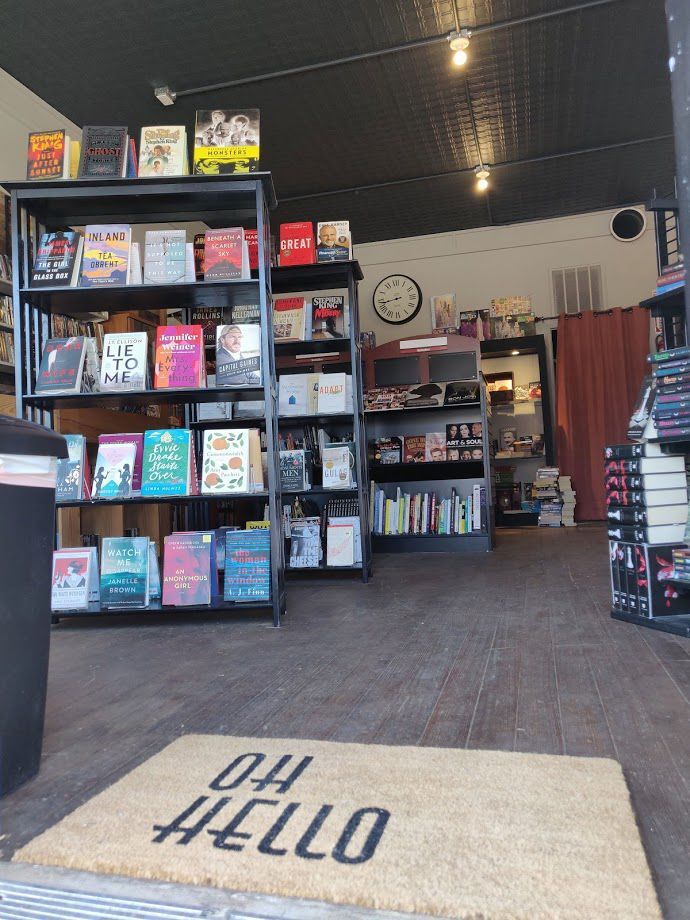 The Book Nook on Washington Street in Papillion. 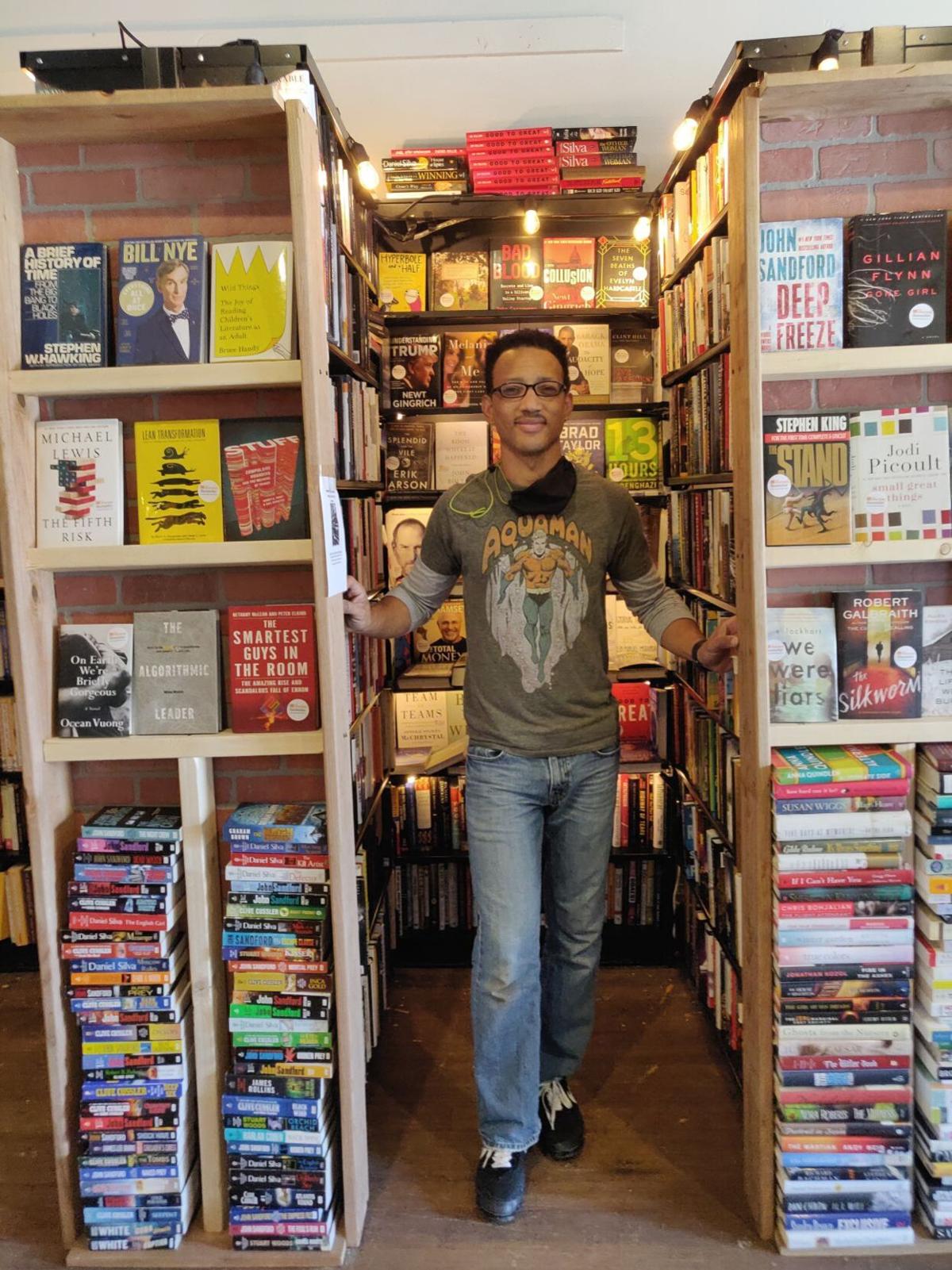 DaRonn Washington, owner of The Book Nook, in his bookstore.

Downtown Papillion has a new, locally owned bookshop. The Book Nook opened about two weeks ago on Washington Street and business owner, DaRonn Washington said that it is a dream come true for him.

Washington worked as an online book retailer, sold books at flea markets and at a booth inside the Mega Mart near 132nd and Q Streets. After about five years of testing the waters, he found the perfect location for a flagship store in Papillion — on a street that shares his name, no less.

“I am really excited about what’s going on here in Papillion. It was a pleasant surprise for me. I didn’t expect them to embrace us as much as they did,” said Washington. “The mayor came by the other day, leaders of the Chamber of Commerce came by, a lot of the other vendors here, shop owners here [are] recommending and sending people down here. So yeah, it’s been really good.”

Conventional wisdom might suggest that opening a brick-and-mortar bookstore in the era of Amazon, during a pandemic no less, is not a wise business decision. Washington’s experience says otherwise.

“So, conventional wisdom would say that, but the only thing is, you’re talking about three years of testing the market, training, finding out ‘Is this something that’s actually going to fly or work?’” said Washington. “There’s [no bookstore] over here for people unless they want to go over to Center Street, and they’ve got some good, great bookstores — or downtown they’ve got some good bookstores, but over here in this part of town it’s not.”

Ryan Raffaelli, an associate professor of business administration at Harvard University conducted research on the surprising success of independent booksellers. Raffaelli boils it down to three factors: community, curation and convening. He discovered that local booksellers like Washington are champions of buying local. Local bookstore owners also know their customers and provide a tailored experience for readers. Many retailers also host events that bring people together with like-minded neighbors.

Washington said that his research indicates that the pre-owned book market is growing, even if new book sales are declining. The Book Nook sells both new and used titles and has 3,000 to 4,000 titles in the front of the store, but it also has some 15,000 books in its inventory. Washington recommends giving them a call before ordering a book online because they may have it in stock or could order it for the customer.

“Because when you buy something from your own community you support your community. Your taxes from that purchase go back to that community, you’re strengthening your community when you go there first,” said Washington.

The shop has a cozy feel with an array of titles for all readers. Framed above the children’s books, Washington pointed out original sketches by Dr. Seuss from the 1950s. He hopes people will stop in to see the art.

“I am looking forward to being a part of the community from the standpoint of people coming in,” said Washington. “And I live for the excitement that’s on somebody’s face when they see the book that they’re looking for. That is what makes my day.”

The store also carries DVDs, games and puzzles. Washington said that they will also start buying books from the community in a few weeks. Meanwhile, he is delighted by the reception the store has received so far and would love for people to stop by and visit.

The Book Nook is located at 118 N. Washington St.in Papillion and can be found on social media: facebook.com/groups/thebooknookpapillion.

Construction to begin along Cornhusker Road

Roadwork began Monday on a stretch of Cornhusker Road between 132nd Street and 142nd Street.

It is officially holiday season and La Vista is preparing for a slate of events that have been adapted in response to the coronavirus.

The Papillion City Council met and discussed the following at its Nov. 17 meeting:

Papillion Board of Health votes yes on mask mandate

The City of Papillion is one step closer to having a mask mandate.

The La Vista City Council met and discussed the following at it Nov. 17 meeting:

Google donated $100,000 last year to Springfield Platteview Community Schools in the form of a grant. Since then, the district has used the mo…

Cathie and John Fullenkamp will receive the Reflection Award at the Midlands Community Foundation’s 2021 Reflection Ball on March 27, 2021, at…

Omaha Storm Chasers fans didn’t get the opportunity to support the team on the Werner Park field this year, but will now have the once in a li…

The interior of The Book Nook on Washington Street.

Jolie Sutherland, 8, and Casey Sutherland, 9, browse through the children’s book section at The Book Nook.

The Book Nook on Washington Street in Papillion.

DaRonn Washington, owner of The Book Nook, in his bookstore.