No, they did not put a transmission tower in the middle of the Platte River.

One might assume so from a photo taken after March 15, 2019, north of Ashland, Nebraska. The H-frame transmission tower rises almost from the center of the wide, shallow channel of the state’s most iconic river.

Had the same photo been snapped a few days earlier, it would have shown the tower firmly planted on dry ground 300 feet west of the Platte. The before-and-after images dramatically reveal the power of a historic flood and the impact it had on the Omaha Public Power District, the owner of the transmission structure.

A combination of heavy rain and rapid snow melt in spring 2019 unleashed unprecedented flooding across eastern Nebraska. The powerful floodwaters near the confluence with the Elkhorn River eroded several hundred feet of the Platte’s west bank.

As high water receded, the new channel remained, leaving the transmission tower in a precarious spot. The flood impacted three structures in total, which supported two different high-voltage transmission routes. Officials with OPPD opted to reinforce the structure foundations rather than rebuild.

OPPD selected Olsson to help make sure the project was completed before the next major flood hit.

OPPD officials knew potential ice jams, snow melt and rainfall could threaten the region in late winter 2020, but they also needed to keep the power lines energized to serve customers during the summer of 2019. That gave Olsson and the selected contractor roughly 16 weeks in the heart of winter to complete the project.

Brian Jueneman, construction administration manager at Olsson, said the airboat trip to the site revealed the river current had scoured several feet of sediment away from the tower’s concrete drilled-shaft foundations.

Tyler Cramer, project engineer on Olsson’s Road and Bridge team, said a structural analysis showed movement of the wires and structures caused by wind would generate significant lateral loads on the bases. He not only had to account for the impact of the river current on the bases, but also secure the tower to withstand ice jams and major flooding.

His design called for sheet piling surrounding the bases to be driven 35- to 40-feet into the riverbed. The space between the piling and the tower bases would be backfilled with granular material and topped with grouted riprap.

While everyone hopes Nebraska will never see another record-setting natural disaster, the OPPD structures in and along the Platte River are in a much stronger position to withstand the next flood.

Olsson is a nationally recognized engineering firm made up of people who craft expert solutions and designs that improve communities. The firm offers design and consulting services in planning and design, engineering, field services, environmental and technology. For more information, go to www.olsson.com.

UNMC-Nebraska Medical Center's new front door featuring 13-foot Kaneko sculptures was a complex undertaking. Here's how it all came together.

When it comes to data centers, reliability is critical. 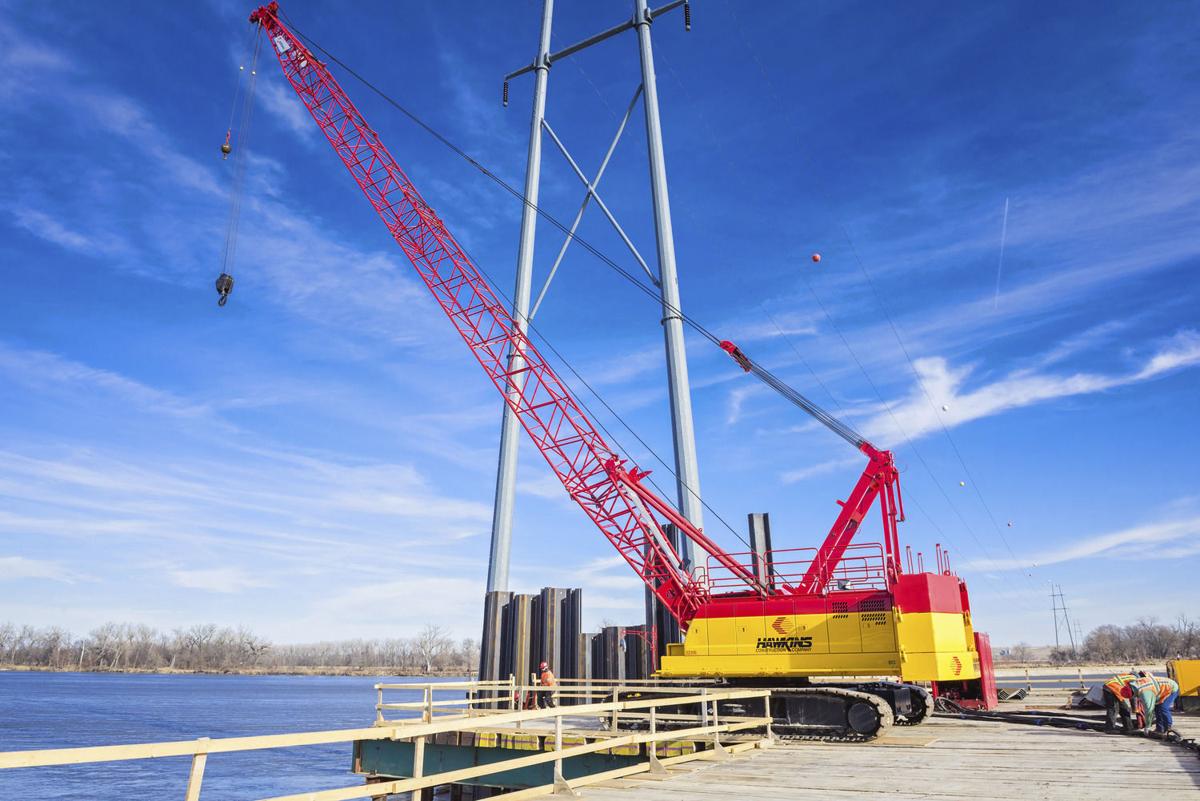 After the historic flooding of spring 2019, a new channel of the Platte River had surrounded an H-frame transmission tower north of Ashland. Officials with OPPD opted to reinforce the structure foundations rather than rebuild. 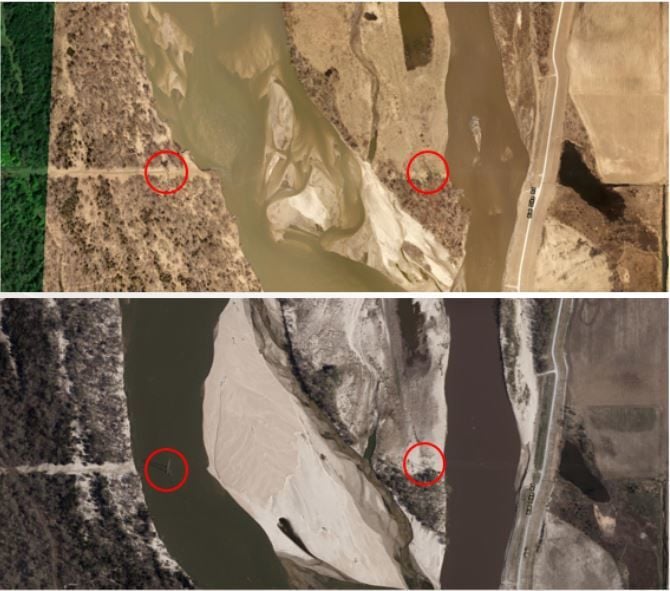 The top image shows the Platte River and transmission towers (red circles) before flooding in 2019 and the bottom shows how the river channel migrated and submerged the base of the west tower.