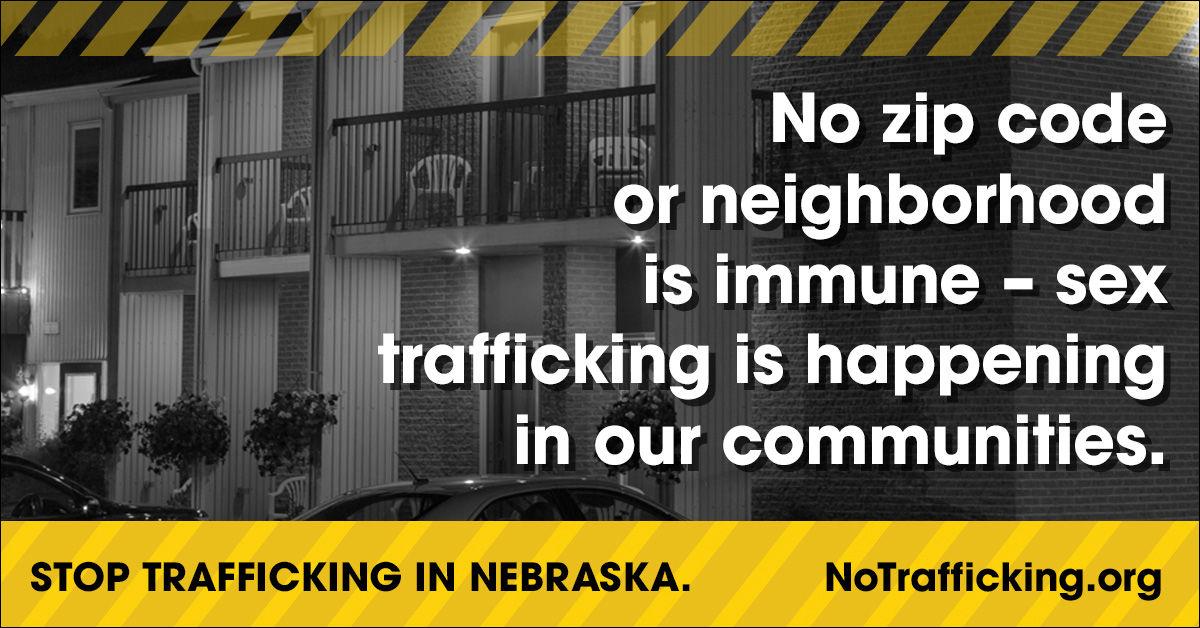 “This no longer looks like ‘street walking.’ Present day sex trafficking looks more like a young teen going to a hotel room after school where he or she is bought and sold for sex multiple times, says Meghan Malik, trafficking project manager for the Women’s Fund of Omaha.

Nebraska is snared in a regional trafficking network largely defined by Interstate-80 and Interstate-29, according to the Women's Fund of Omaha. 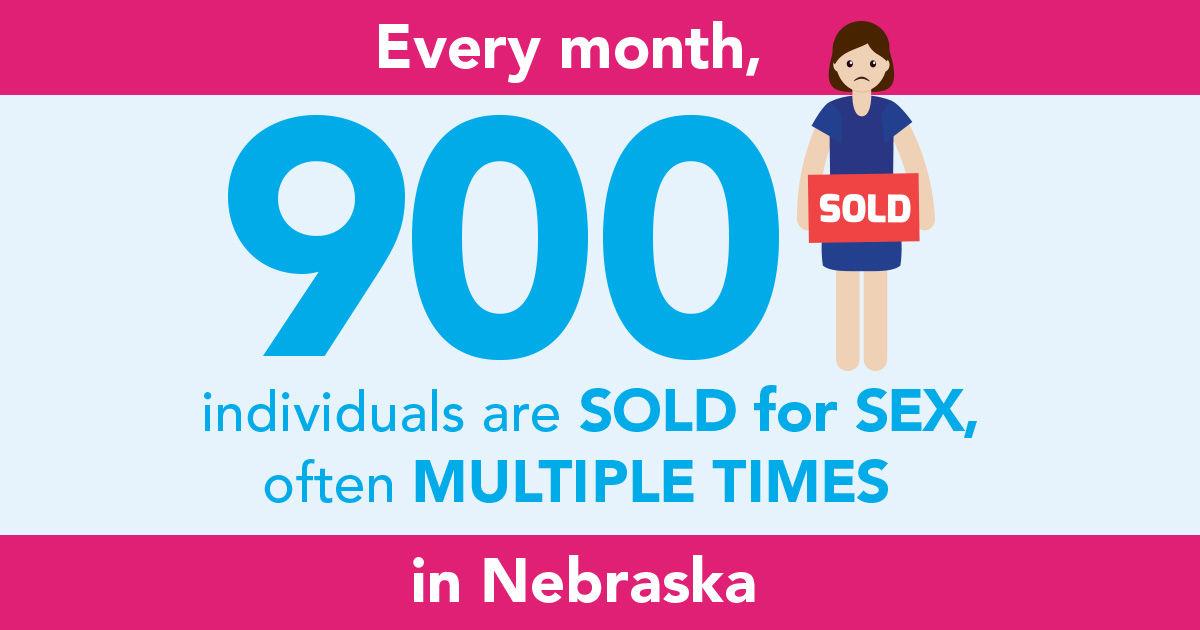 BY WOMEN'S FUND OF OMAHA

It is easy to dismiss it as a “not-in-my-backyard”-kind of problem; a seamy issue rampant in places like Algeria, Russia and Thailand. But Omaha, Lincoln and Grand Island? Yes, says the Women’s Fund of Omaha, we have a significant sex trafficking problem here too.

“This no longer looks like ‘street walking.’ Present day sex trafficking looks more like a young teen going to a hotel room after school where he or she is bought and sold for sex multiple times. The next day, it starts all over again,” says Meghan Malik, trafficking project manager for the Women’s Fund of Omaha.

With data to back it up, the nonprofit says Nebraska is snared in a regional trafficking network largely defined by Interstate 80 and Interstate 29.

“Not only is the commercial sex industry deeply embedded in Omaha, Lincoln, Grand Island, North Platte and Scottsbluff, it extends out from these centers, affecting nearly every corner of the state, including rural areas,” Malik explains.

To gauge the scope of sex trafficking across Nebraska and identify effective policy solutions, the Human Trafficking Initiative (HTI), supported by the Women’s Fund of Omaha and funded by The Sherwood Foundation, conducted focused research through Creighton University’s Heider College of Business.

“From that HTI research, we know that 900 individuals are purchased for sex every month, often multiple times, in Nebraska. Based on this number, 70 to 75 percent show some sign of being underage or controlled by a third party – both indicators of trafficking,” Malik says.

During the most recent legislative session, the Women’s Fund worked with State Senator Patty Pansing Brooks to introduce LB 289, a measure that increases penalties for trafficking and solicitation. It also increases protections for trafficked individuals with a particular focus on minors. The bill passed 48-0.

In addition, the Women’s Fund is raising awareness of sex trafficking through a series of campaigns targeting the College World Series, the Berkshire Hathaway Annual Shareholders Meeting and other events that bring large numbers of people into Omaha.

“By making statistics and information available to the general public, we are bringing this issue out of the darkness,” Malik says. “We want community members to be aware.”

An active member in the Coalition on Human Trafficking, the Women’s Fund also partners with and plays a key leadership role in the Nebraska Human Trafficking Task Force led by the attorney general and Salvation Army. In the past year, the Women’s Fund and partners have trained more than 7,000 people across the state, including social service providers and law enforcement, to recognize and combat sex trafficking. It has also funded Coalition on Human Trafficking hotel/motel training at more than 80 lodging locations in the Greater Omaha and Lincoln metro areas.

“Trafficked individuals are rarely locked away but rather held captive in plain view,” Malik says.

She urges everyone to be aware of the signs that someone is being purchased for sex against their will. Individuals who are trafficked may not be in possession of their own identification or travel documents and may not be free to move around independently or socialize. They may have few personal possessions, unusual tattoos or branding and may not speak on their own behalf.

More information about local resources and how to “Realize, Recognize and Respond” to sex trafficking is available on the Coalition on Human Trafficking’s website at www.NoTrafficking.org.

With a simple yet rich sauce soaked up by fluffy rice, this Mongolian-style Beef and rice makes every bite that perfect, savory bite.

When you’re battling substance use and mental health issues, the world can seem like a series of locked doors.

Why give kids the COVID-19 vaccine? A pediatrician weighs in

With the approval of the Pfizer-BioNTech COVID-19 vaccine for children ages 5-11, millions of parents breathed a sigh of relief. Their kids we…

SHARE Omaha unites and ignites the community through Giving Tuesday

SHARE Omaha serves as a convener – a door-opener and introducer to start and spur relationships to better the community.

It all started with one location in Papillion. Two high school friends from Omaha, now both doctors, took a chance on a place called Milan Las…

Irish cultural icon Daniel O’Donnell is bringing his mix of country and Irish folk to Omaha for a yuletide celebration.

“This no longer looks like ‘street walking.’ Present day sex trafficking looks more like a young teen going to a hotel room after school where he or she is bought and sold for sex multiple times, says Meghan Malik, trafficking project manager for the Women’s Fund of Omaha.

Nebraska is snared in a regional trafficking network largely defined by Interstate-80 and Interstate-29, according to the Women's Fund of Omaha.